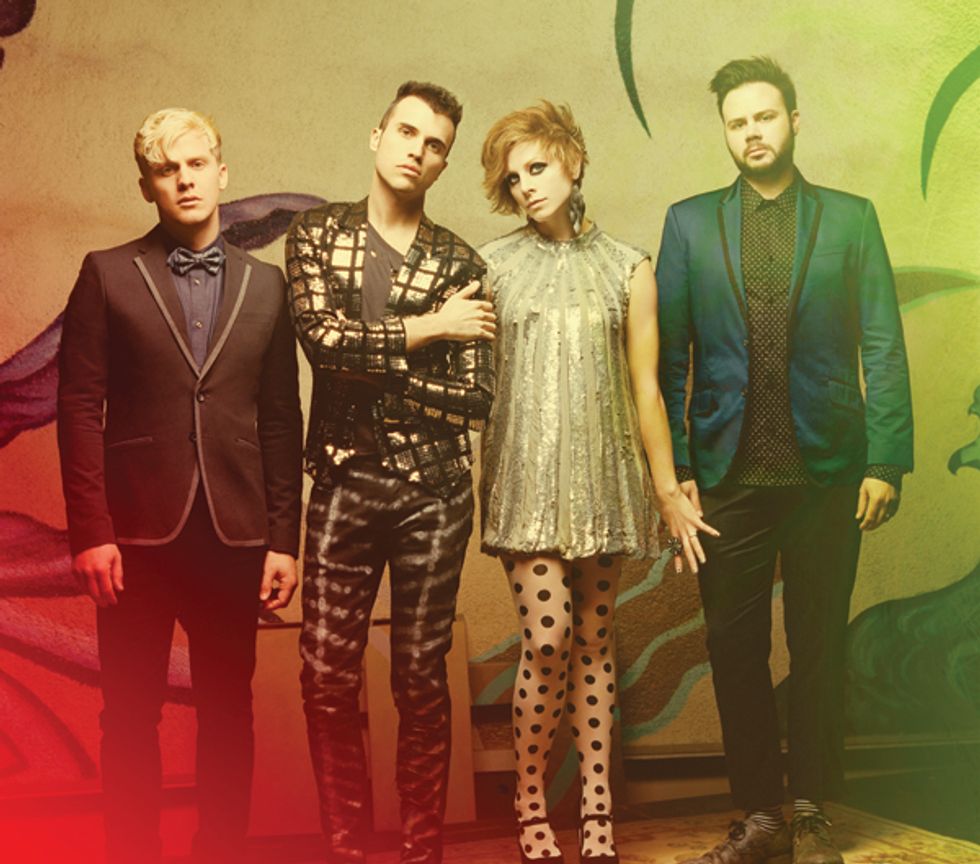 Neon trees is a band you wouldn't expect to emerge from Mormon country. On their forthcoming album Picture Show, the Utah-based quartet evokes the best of '80s synth-pop and post-punk with the kind of flamboyance and mysterioso sexual ambiguity that Morrissey might find rather charming. Fronted by the sartorially cool and oh-so pretty Tyler Glenn, and driven by drummer Elaine Bradley's big-ass beats, these misbegotten Mormons, according to Glenn, "draw a lot from the energy of punk music but with the soul of old R&B and Motown. I think we try to capture the bravura of Bruce Springsteen and Michael Jackson with the snarkiness of Morrissey." At a time when rock 'n' roll seems to have become smaller than life, it's nice to have a group like Neon Trees resurrecting a sense of theater in a music scene that has become terminally dull. "Live your absolute wildest and most unbelievable dreams," Glenn smiles. "Live out the fantasy. Don't hide it."