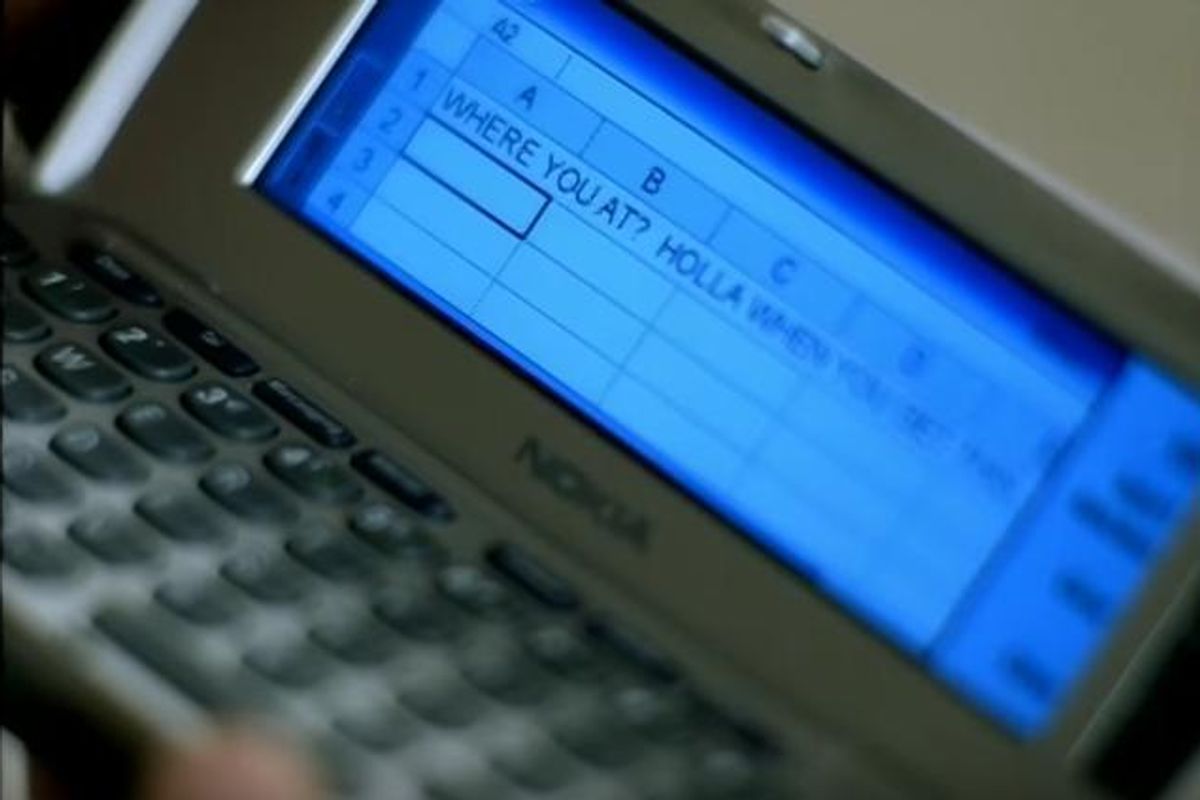 Way back when in 2002, Nelly released the music video for his hit track "Dilemma," and, in doing so, unleashed an image that's been mystifying the Internet-at-large for a decade-plus. You know, that screenshot of Kelly Rowland "texting" on her Nokia phone...with Microsoft Excel.

Did anyone ever find out why Kelly Rowland tried to hit Nelly up via mobile spreadsheet in the "Dilemma' video? pic.twitter.com/E1UmtORstr
— 🇭🇹OG Millennial (@BosNaud) June 14, 2015

Remember when Kelly Rowland texted her boyfriend via Microsoft Excel and got mad he didn't text back? pic.twitter.com/wmja5MehYC
— FunnyPicsDepot🎅 (@FunnyPicsDepot) May 26, 2014

Well, turns out Nelly doesn't really know either, as he recently laughed it off during an appearance on Australia's The Project. When asked about the spreadsheet mishap, Nelly simply says the phone was super high-tech in 2002, saying, "That was the new technology at the time. It looks a little dated now." Which is true, but in no way addresses why Rowland was expecting a reply from a spreadsheet. Guess we'll just never get an admission from anyone about the obvious directorial slip-up. Watch Nelly's odd explanation, alongside the original video for a brief trip down memory lane, below.