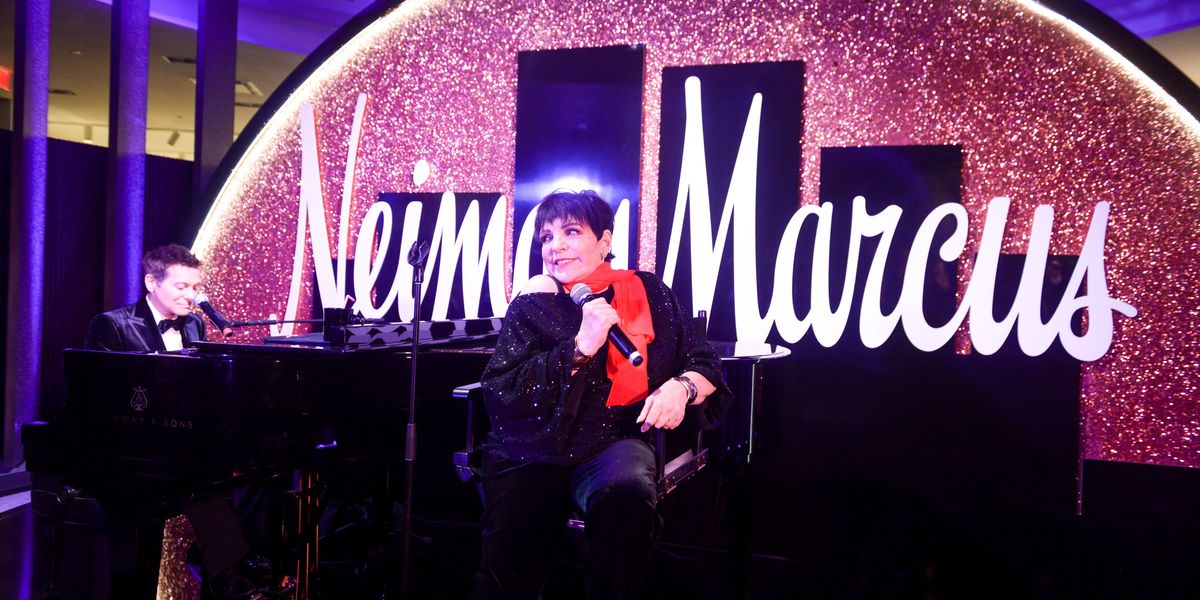 Years in the making, the Hudson Yards project has created quite the buzz with its beaming structures and an entirely new district of shops, stores, and skyscrapers. The 18 million square feet of commercial and residential space will be home to more than 100 shops and restaurants, along with the world's first Equinox Hotel.

The star of the retail arm of the project, however, seems to be the first full-fledged New York outpost of Neiman Marcus, which hosted a grand launch event this week to mark its arrival to Manhattan's sprawling West Side district. Despite its longstanding absence within the city, the store has been no stranger to its dedicated patrons that previously hauled to its Long Island or New Jersey locations.

Produced in collaboration with PAPER, the event was indeed quite grand, with a number of celebrities in attendance including Katie Holmes, Whoopi Goldberg, Dylan Sprouse, Karlie Kloss, and Joan Smalls, among others.

As guests walked through the stunning three-story space, one event brought the evening to a standstill. Iconic actress and musician Liza Minnelli made a surprise appearance, performing a piano rendition of the equally iconic "New York, New York." Before her though, Pop's Cult Leader Charli XCX amped up the evening's party spirit with another performance.

But how does a large physical retail store plan to survive a market that's largely threatened by the digital shopping boom? Neiman Marcus has a strategic plan in place: it's not just selling you designer fashion, it's selling a holistic luxury experience — a formula that's designed to resonate with its millennial and younger consumer base.

There's digital stylists to help shoppers with a "Digital Styling Lounge," and digitally enabled fitting rooms where shoppers can communicate with sales associates through a touchscreen. There's also "memory makeover mirrors" that record beauty demonstrations and make-up tutorials, which are then sent to the customers. The BLVD beauty salon offers blowouts, manicures, nail art, and even laser hair removal. For a brow tweak, shoppers can walk up to a "brow shaping station," or stop by the in-house spa for massages and LED facials.

Neiman Marcus is also bringing its signature restaurant The Zodiac Room to New York City, boasting stunning views of the Manhattan skyline and the Statue of Liberty.

The entire space is filled with art — for instance, a section on the upper floors of the store features a wall adorned with Bill Cunningham's Battle of Versailles photography. There's also a number of original artwork by Halston, Frank Stella, and Ian Davenport. The brand says it worked directly with various galleries, dealers, and artists across New York and the country to assemble the impressive collection.

The firm who put this grand vision together, however, is the celebrated interior designing and architecture company, Janson Goldstein. "Janson Goldstein's intention was to connect the industrial materiality of NYC's West Side with Neiman Marcus' reputation for modern luxury," the brand noted in a statement. "The inspiration for the store design began as an interplay of the raw and the refined."

The store's color palette was inspired by the Hudson Yards' industrial past, but "Janson Goldstein married their inspiration to the modern elegance of Neiman Marcus by executing the project in exquisite materials that are evocative without being literal. Thus, concrete becomes Italian Breccia stone, steel becomes bronze, stone becomes terrazzo, paint becomes lacquer, and more."