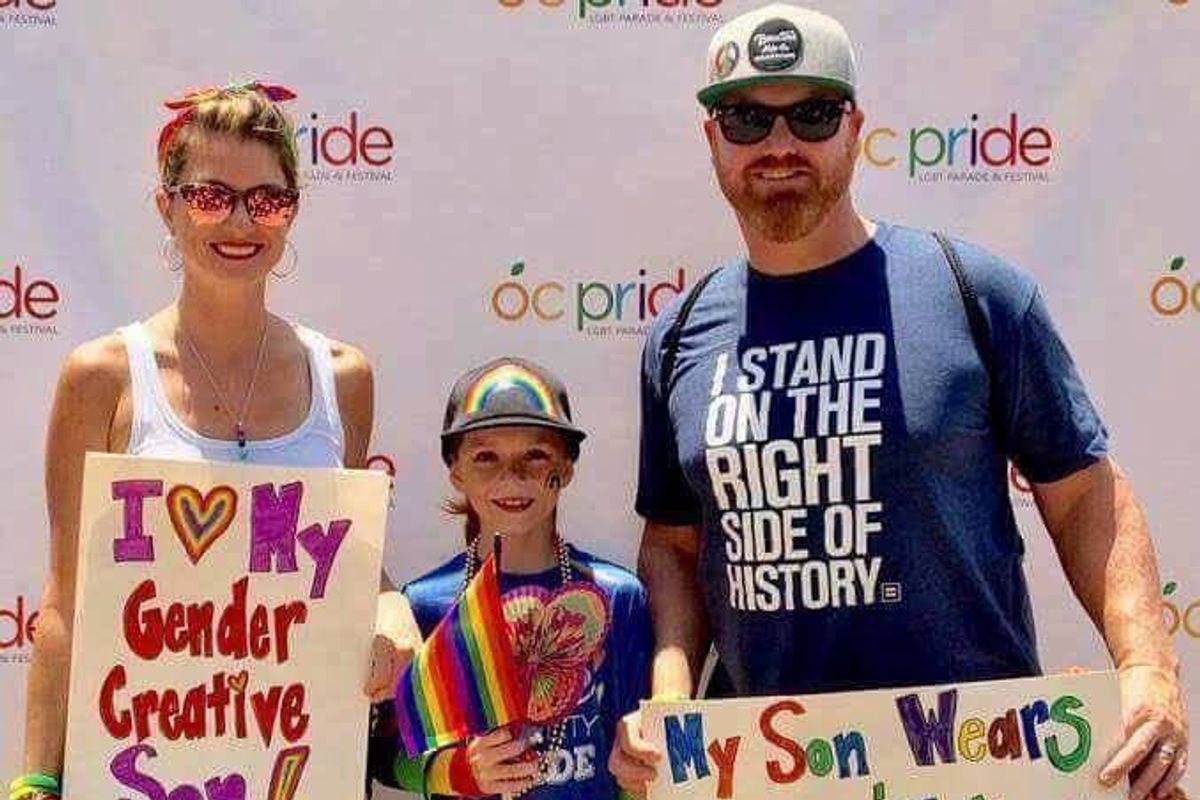 Chances are you have no idea who James Woods is—at least, without quickly searching his IMDB page, and, frankly, it should stay that way. The once in-demand actor recently took to Twitter to express his disapproval of one family's support of their genderqueer child.

This is sweet. Wait until this poor kid grows up, realizes what you've done, and stuffs both of you dismembered into a freezer in the garage pic.twitter.com/1k3ITApFsF
— James Woods (@RealJamesWoods) July 10, 2017

Ah, yes. Supporting your child's whims, fantasies, and desires will surely cause him to murder you when he's older. Except, no, it won't. Unfortunately, it seems Woods is projecting his own phobias onto a child, one he doesn't know. Is the child supposed to be ashamed? Presumably because someone like Woods is shaming him?

The irony of the whole incident is that just two years ago Woods was using his platform as a "celebrity" to support homeless LGBT youth. I wonder what changed in those two years? You know, besides our new president.

Like the rest of us, Neil Patrick Harris wasn't here for Woods' ill-informed and (surprisingly) violent Tweet. The working actor similarly took to Twitter to take Woods to task:

Utterly ignorant and classless, Mr. Woods. I'm friends with this family. You know not of what you speak, and should be ashamed of yourself. https://t.co/ZrbtZH49sp
— Neil Patrick Harris (@ActuallyNPH) July 11, 2017

Classless is right. But, hey, anything is up for grabs when your grasping for relevancy, right?