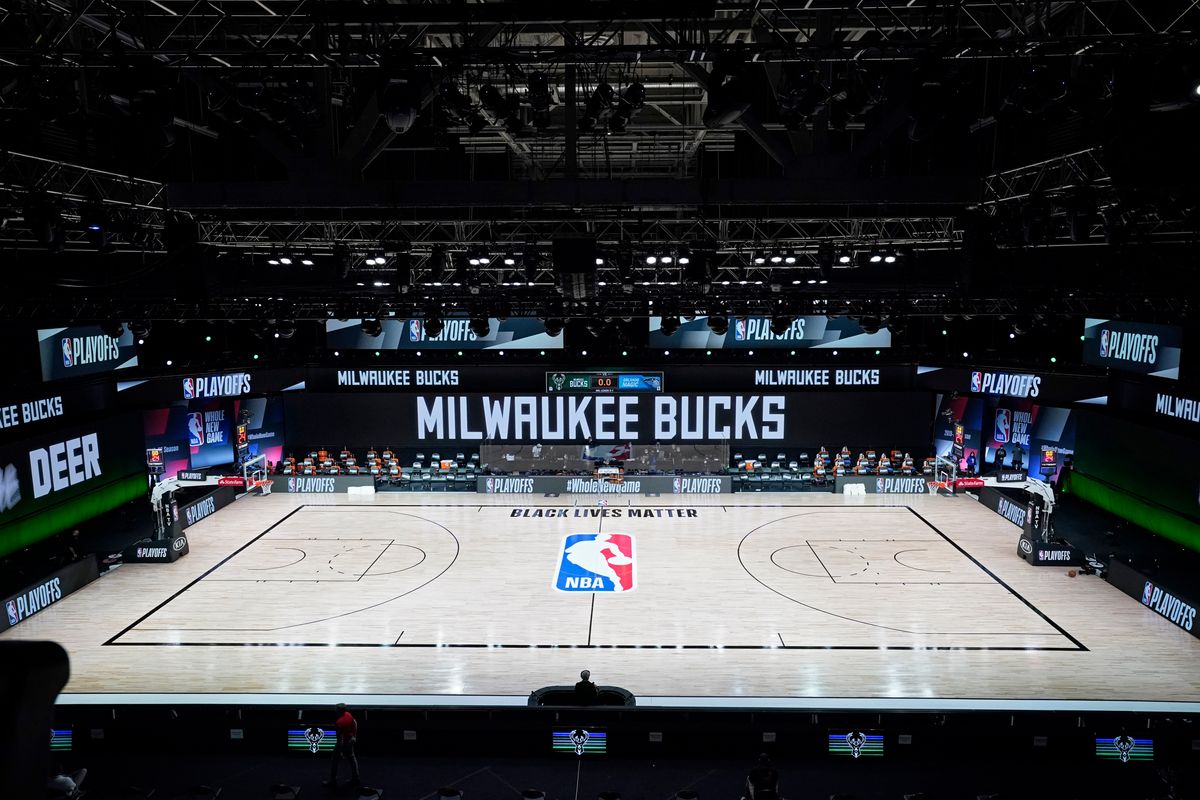 Yesterday, in response to the police-involved shooting of Jacob Blake in Kenosha, Wisconsin, the Milwaukee Bucks announced that they would be boycotting last night's planned NBA playoff game and as a result have sparked a wave of similar player strikes extending beyond the league.

Following the Bucks' announcement, the Houston Rockets and Oklahoma Thunder who were also scheduled to play that night, as well as the Los Angeles Lakers and Portland Trail Blazers all followed suit for their respective games. Reports that players from the Boston Celtics and Toronto Raptors were already considering boycotting their planned Thursday playoff opener also emerged with Celtics player Marcus Smart commenting: "We tried the peaceful way, kneeling, we tried to protest, we tried to come out here and get together and play this game and tried to get our voice across, but it's not working. So, obviously, something has to be done."

The WNBA players announced their own strike in solidarity with the NBA as well last night with the four teams that were on-site and getting ready to play agreeing to cancel the evening's games. In a powerful display of solidarity, members of the Washington Mystics arrived last night in shirts that spelled out Jacob Blake with seven bullet holes painted on the back of each to represent the amount of times he was shot by police.

The NBA is currently in talks with players about whether or not to resume playoffs with reports that Michael Jordan has been brought in to mediate the negotiations. In the time since, the player strike has spread to other sports with five Major League Soccer games getting postponed in addition to at least three Major League Baseball games getting cancelled between the Milwaukee Brewers and the Cincinatti Reds, the San Diego Padres and Seattle Mariners and the San Francisco Giant and the Los Angeles Dodgers.

US Women's Tennis star Naomi Osaka initially announced that she would be pulling out of an ongoing tournament and then later agreed to play the match after the WTA and USTA agreed to postpone the match to Friday.