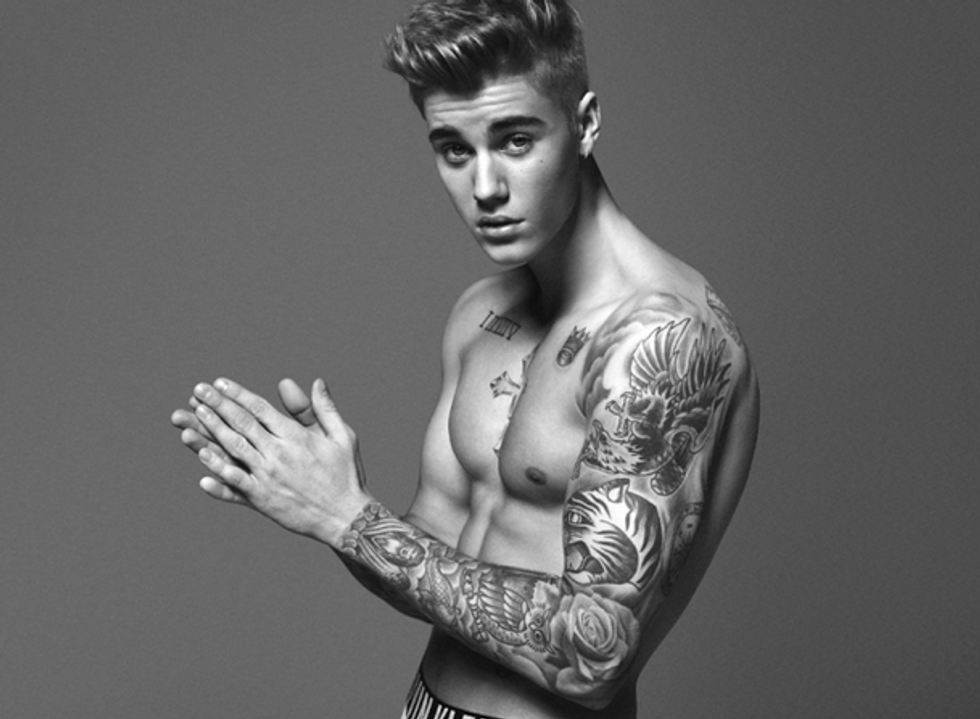 by Gabby Bess
PAPERMAG
Justin Bieber is ruining Naya Rivera's life, and she's had enough of it.

Apparently, full-time hater Naya Rivera didn't like Justin Bieber's Calvin Klein campaign photos as much as we were resigned to (But does Naya Rivera like anything? Probably not.) and yesterday, the actress went on The View once again to express her strong opinions about Justin Bieber's body and the way he photographs it. "Stop with the shirtless selfies!" she pleaded:

SHOTS. FIRED. And just like that, Justin Bieber becomes yet another *innocent victim in Naya Rivera's senseless war on everything.

Watch it all go down, below: