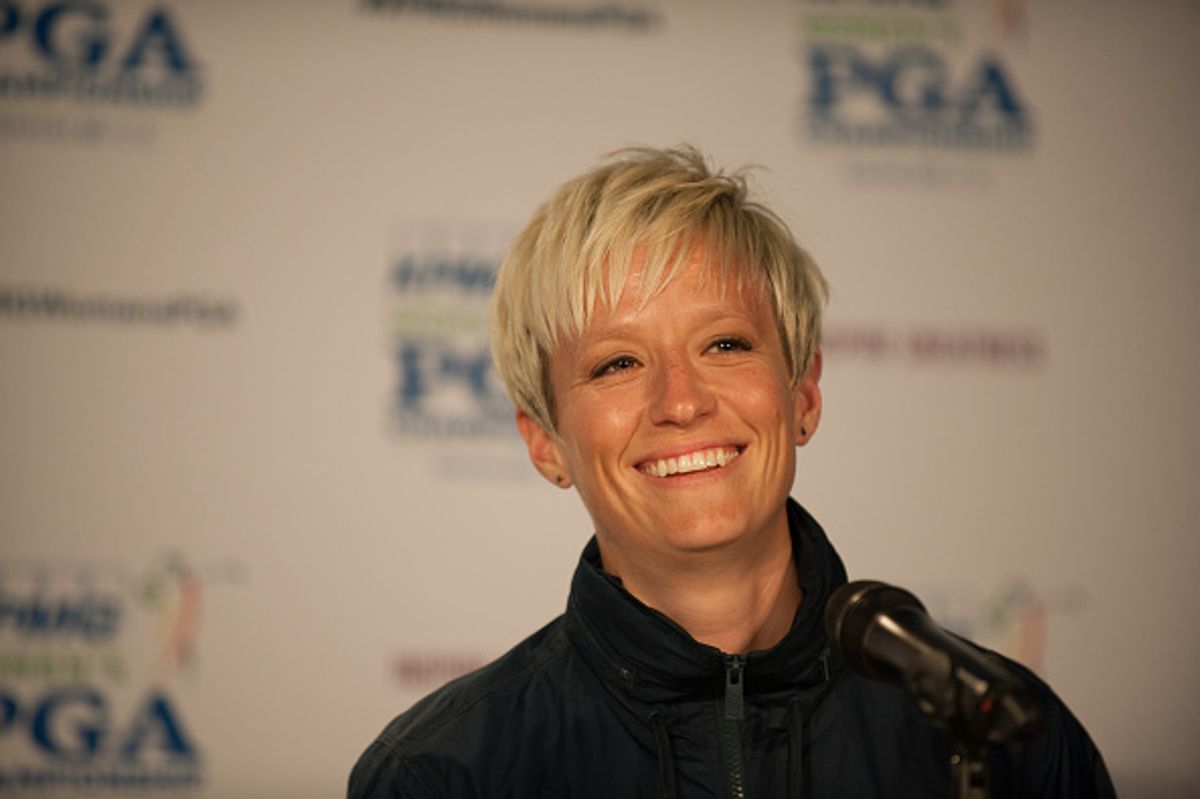 How does it feel to be one of America's most awarded athletes? For soccer player Megan Rapinoe, it's just another day at the office--or rather, on the field. The midfielder for Seattle's National Women's Soccer League team, the Reign, is also a key element of the wildly successful Women's National Team. Over her career, she's collected plenty of hardware, including a gold medal from the 2012 Olympics and another from last year's Women's World Cup.

Before the 2012 Olympics, Rapinoe officially came out in an interview with Out magazine, saying, "People want -- they need -- to see that there are people like me playing soccer for the good ol' U.S. of A." She is just as vocal and aggressive in her advocacy as she is in her play, working to champion LGBT causes and organizations like the Gay, Lesbian and Straight Education Network (GLSEN), and the Human Rights Campaign. She's an indomitable role model, both on and off the field.

Photo by Montana Pritchard/PGA of America, from Getty Images.