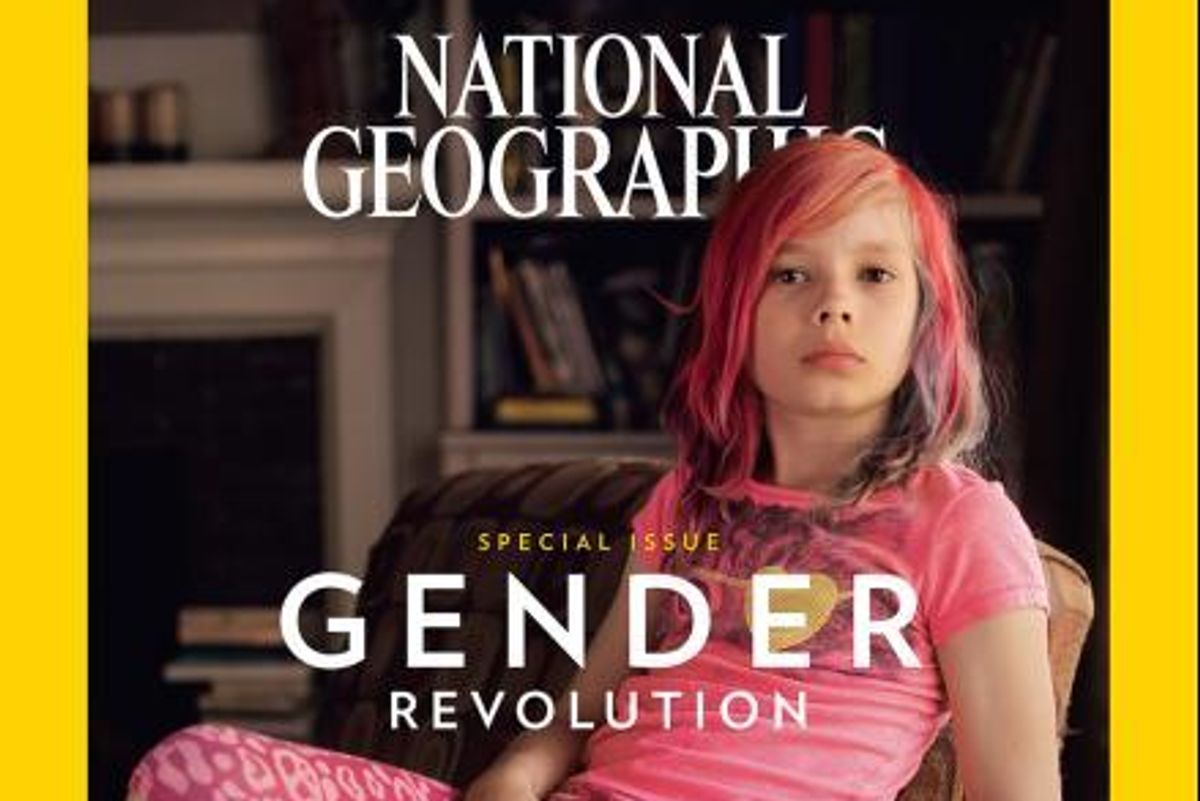 National Geographic's January 2017 issue is a landmark for the publication: It is the first to feature a transgender person on the cover.

@natgeomag I'm shaking so much I can barely type. Thank you for featuring Avery! #transisbeautiful pic.twitter.com/R1FAw6ayBH
— Debi Jackson (@transgirl_mom) December 14, 2016

The cover star is Avery Jackson, an openly transgender 8-year-old who has been outspoken in the fight for transgender rights and recognition. Earlier this year, she helped found the Transgender House to create a safe space for trans people in her native Kansas.

Titled "Gender Revolution," the issue also has a second cover featuring a group of people who identify as a range of genders, from transgender to intersex nonbinary to male. The mag will release a companion documentary, also called Gender Revolution, which they created with Katie Couric, exploring the many factors, form biology to culture, that shape gender.