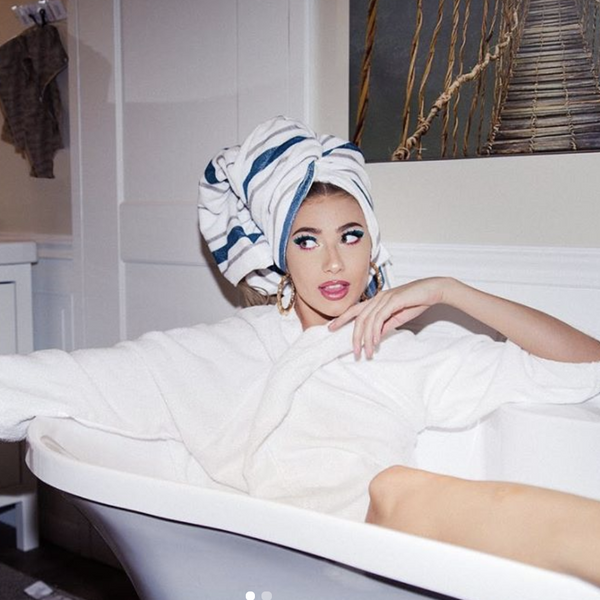 Though most of us know by now that you can't believe everything you see on Instagram, it seems as if a YouTuber named Natalia Taylor successfully duped her followers into thinking she was having the time of her life in Bali.

Last week, she began posting images to her Instagram of her "trip" to the island, complete with location tags and shots of what appeared to be her luxurious hotel room. However, Taylor has since revealed via a new video that she staged the entire thing in an IKEA with a little help from a photographer friend.

The queen has arrived 🌊💖 #bali

Taking a page from Gabbie Hanna's infamous Coachella prank, Taylor's photos saw her hanging out in a bathtub, garden patio, and 70s chic room for the shoot — all in a hot pink dress she bought for a recent trip to Vegas.

Though she didn't post any photos of "Bali" itself and purposefully left a few stray IKEA tags lying around as a test, the prank obviously worked.

In response, many fans were quick to laugh at the "finesse" and write things like, "OH MY GOD I THOUGHT YOU WERE ACTUALLY THERE!!!!" in the comments section.

Meanwhile, others contended that they had been suspicious all along, citing the fact that "it didn't make any sense that you were posting so many indoor pictures being in such a dreamy place."

"I KNEW IT!" as one person wrote. "I thought it was so strange that you would travel there 'all of a sudden' without really announcing it beforehand or document your travel like it's commonly done on social media... I was so irritated you wouldn't go outside to use the beautiful nature there as background and started to second guess. happy my intuition isn't total crap lol."

And while there were a few negative comments about the fakeness of Instagram reality, Taylor said that was kind of the point. Her main message for followers? Simple. "Don't trust everything you see on the internet."

Watch Taylor's video for yourself, below.