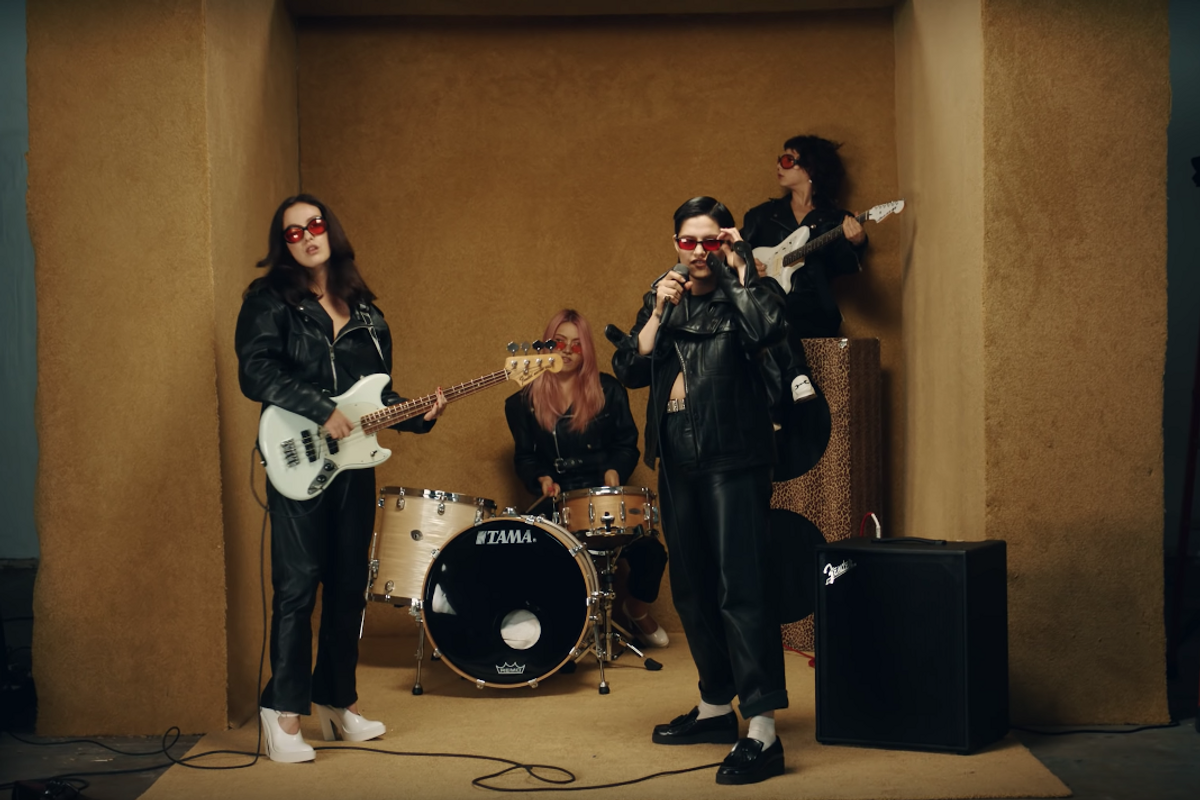 Are You Paying Attention to Nasty Cherry Yet?

All-girl rock band Nasty Cherry, who count Charli XCX as their co-songwriter and mentor, have released a music video for their debut single "Win." Other than a headline show in LA last month, this is the first time the world has seen them perform together. So thank god they opted for slicked back hair and black leather jackets, perfectly matching the song's post punk angst.

The members of Nasty Cherry made their internet debut last year with two champagne flutes balanced on a bare ass floating in a pool, and "Win" sees lead singer Gabriette thrash around a garage holding a glass of white wine while her bandmates (drummer Deborah Knox-Hewson, guitarist Chloe Chaidez, and bassist Georgia Somary) smirk and strum instruments in the background. In another shot, the bandmates wear crisp white monogrammed shirts and knee-high socks and take turns dancing. We love.

NASTY CHERRY on Instagram: “NOT SURE IF WE’VE YELLED ABOUT IT ENOUGH YET BUT THE VIDEO FOR WIN IS OUT NOW! OUR DREAM CREATIVE ANGELS @charli_xcx & @kristenjanwong…”

In March, Charli XCX said she'd been working with Nasty Cherry for six months and promised a full EP "later this year." (The singer added that she'd also been working "on my own stuff — don't freak out.")

Watch the music video for Nasty Cherry's "Win," below.