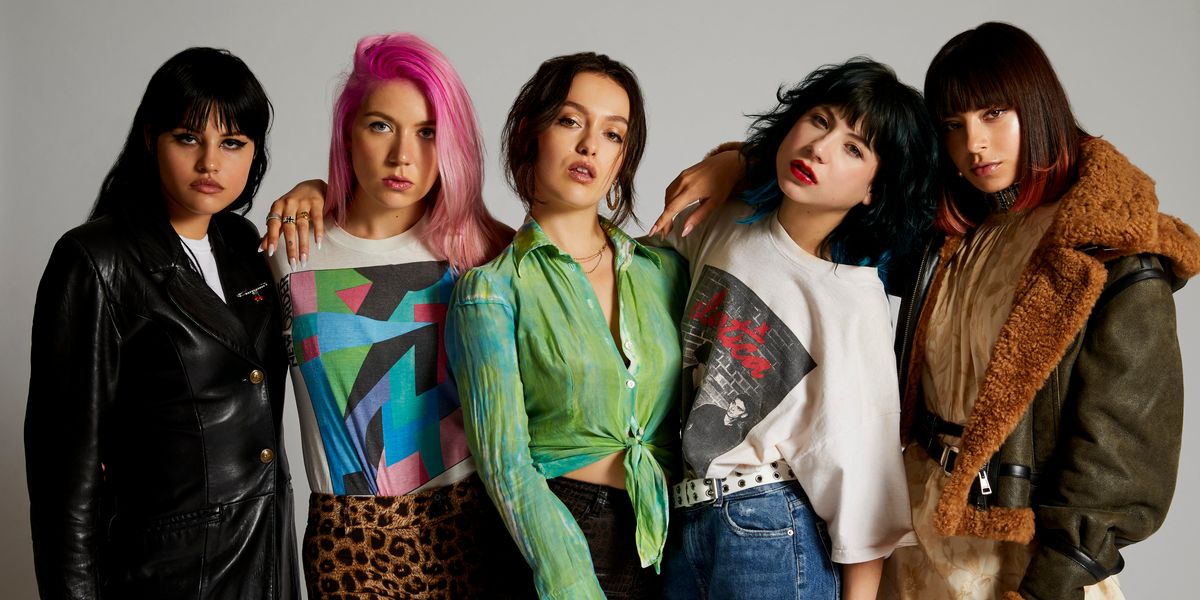 In the span of less than a year, Nasty Cherry has rocketed from obscurity to being one of the most buzzed about new bands. Emerging onto the scene with two champagne flutes carefully balanced on a pair of bare ass cheeks floating in a jacuzzi, the all-girl band of Gabriette, Kitten's Chloe Chaidez, Deborah Knox-Hewson, and Georgia Somary were hand-picked by Charli XCX and have gone on to release some of the year's catchiest tunes in "Win," "What Do You Like In Me," "Live Forever," and most recently "Music With Your Dad."

Now, with their highly anticipated debut EP looming on the horizon, Nasty Cherry has taken their next step towards global (or at least industry) domination with the launch of their own Netflix docu-series. I'm With the Band: Nasty Cherry follows the band on its journey from inception to recording and performing.

Judging from the trailer, Nasty Cherry's natural charm will carry the series, which offers a more intimate glimpse into the band's inner dynamic as they bond, joke around, and open up in candid interviews. A press release hints at the typical trials and tribulations of a group trying to make it famous together: "Nasty Cherry has the potential to really catch fire…or completely implode if they can't keep their egos and insecurities in check."

Sure to satisfy anyone craving longing for the reality TV heyday of MTV, I'm With the Band: Nasty Cherry is a testament to what makes the band so wholly remarkable. Effortlessly cool with heaps of personality to spare, Nasty Cherry's incredible momentum has everything to do with how easy they make it to fall in love with them.

I'm With the Band: Nasty Cherry arrives on Netflix November 15.