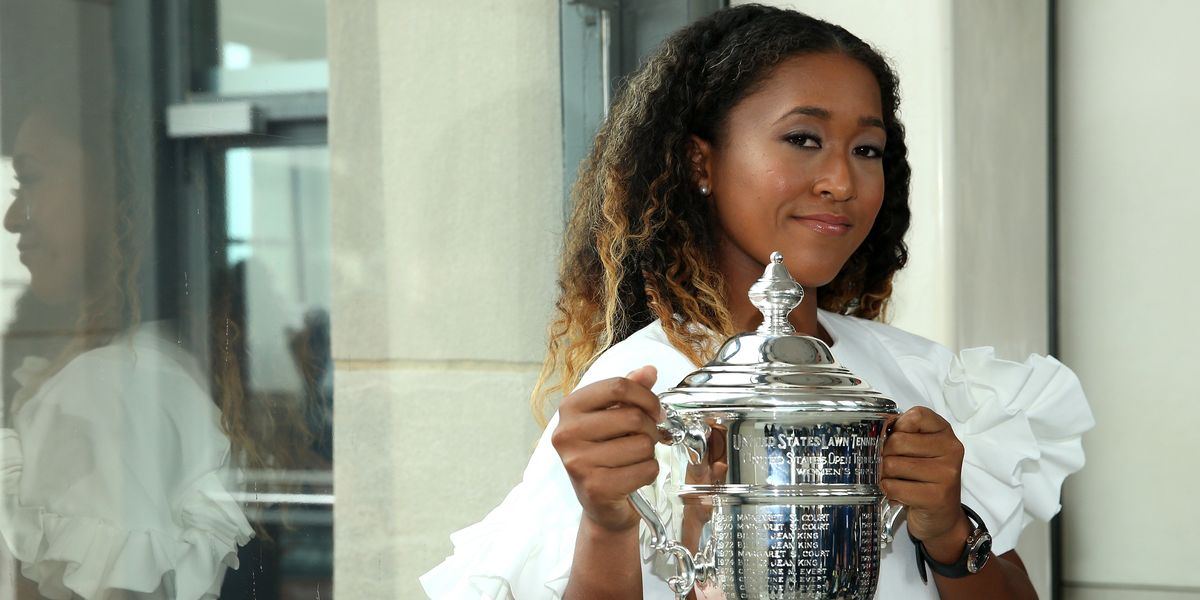 Saturday night's U.S. Open Women's Finals was a roller coaster of emotions, no matter which player you went into the match supporting. With an unexpected and dramatic upset (by way of penalties, sexist accusations, smashing of tennis rackets, and more than a few tears from most parties involved), it was Japanese tennis player Naomi Osaka who was awarded the trophy over Serena Williams.

With the dust beginning to settle, Osaka shared an image holding her freshly-polished trophy on Instagram, which seemed uncharacteristically more about the fashion than the U.S. Open match itself. In a classic white midi dress that boasted short ruffle sleeves, the tennis player thanked Comme des Garçons. And, with Kawakubo holding the title of both Creative Director at CDG as well as creator of Dover Street Market, it really seems to be a triple thank you to the iconic designer herself. Plus, of course, one to the CEO of her company as well.

The support of Kawakubo — at least through the lending of her fashion — is a hard ticket to come by. She's not only been known to decline the invitation to dress most celebrities, but she didn't even do so for more than a handful at the 2016 Costume Institute and Met Gala whose exhibit was completely in honor of her.

As Kawakubo is a Japanese designer, the choice seems a fitting act of patriotism. And, while Osaka is not yet as well-known for her fashion choices as her idol, Williams, this might just be the point at which all that changes.