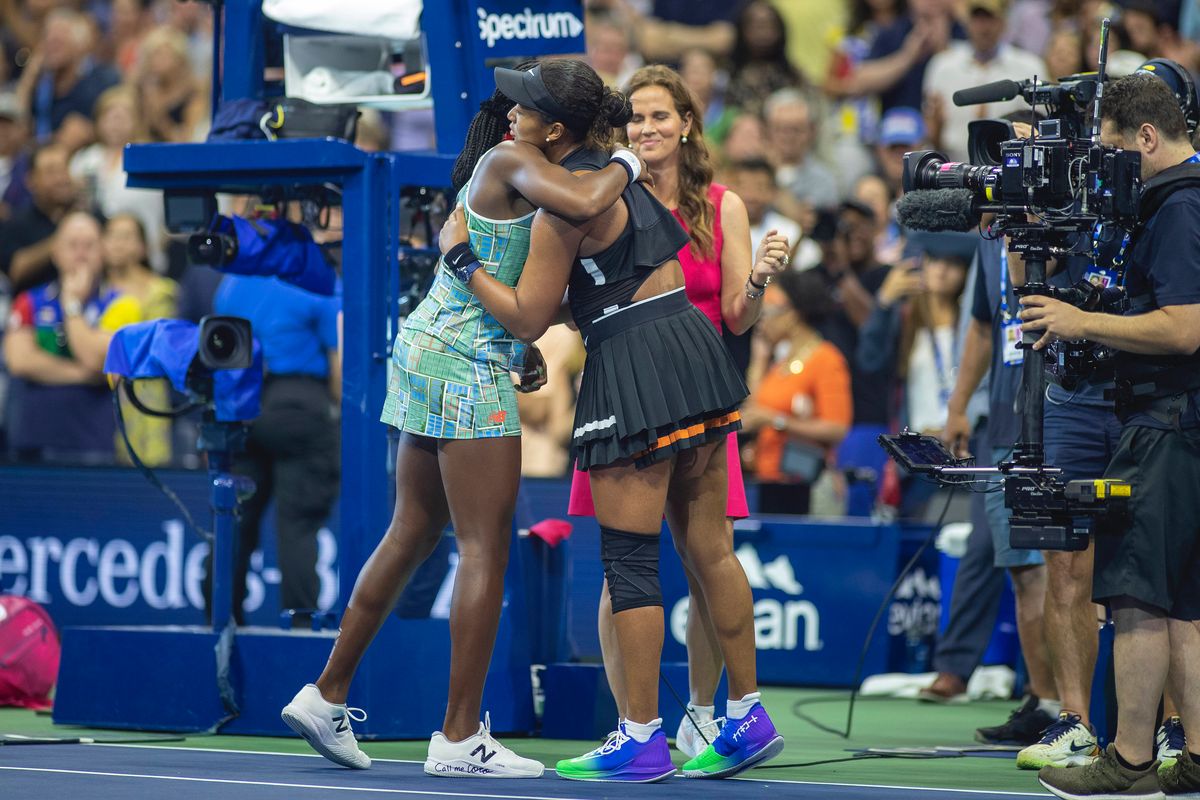 On Saturday, team Japan player Naomi Osaka was able to defend her US Open title against 15-year-old American US Open newcomer Coco Gauff — 6-3, 6-0 on Saturday to advance to round 16. After the match, Naomi Osaka is seen approaching Gauff, and embracing her in a tender moment between competitors.

Osaka asks a weeping Gauff to do the interview at the end of the game with her, assuring the younger player of her talent, and that "it's better than going into the shower and crying." And many applauded this display of not just sponsorship, but solidarity and respect between two young black women at the top of their game. Gauff put on a brave face, and with Osaka by her side did the on-camera interview.

Gauff acknowledged and thanked Osaka for convincing her to do the interview. "[Naomi] was amazing, and I'm going to learn a lot from this match. She's been so sweet to me, so thank you for this," she said.

Osaka and Gauff continued to show support and love for each other online, with Osaka tweeting and tagging Coco, "Keep your head up, you've got so much to be proud of." The latter responded with a retweet, saying, "Thank you! You are a class act. I appreciate your support #rolemodel."

Tennis legend Billie Jean King was among those who praised Osaka and Grauff, as well as Canada's Bianca Andreescu and America's Taylor Townsend. She tweeted, "Proud of the new generation of women tennis players, @Naomi_Osaka_, @CocoGauff, @Bandreescu_, @TaylorTownsend, and others for competing hard on the court, and empowering & supporting each other off the court. It's a throwback to the 1960-70s."

Congratulations to @Naomi_Osaka_, who showed greatness on and off the court. @CocoGauff now knows what she needs to… https://t.co/CNcbTmpTMx
— Billie Jean King (@Billie Jean King)1567298631.0

See more reactions to the touching moment below.