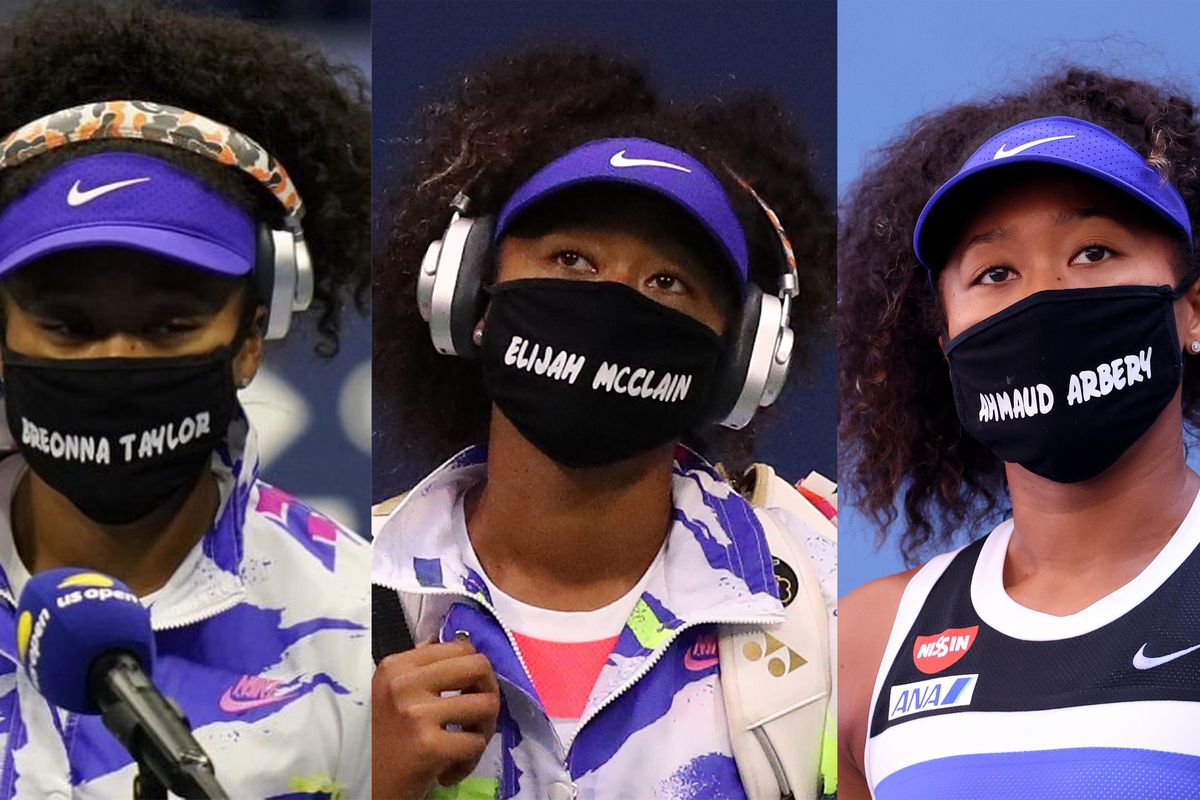 Naomi Osaka has been slaying her way through the U.S. Open. So far, she's won her third round in the 140th edition of the major tennis event. And for every round she's won so far, she's made point to honor the lives of Black folx who lost their lives at the hands of police.

On Monday, before she won her first round against Misaki Doi, she wore a mask with Breonna Taylor's name written on it. "I'm aware that tennis is watched all over the world, and maybe there is someone that doesn't know Breonna Taylor's story," Osaka told reporters at the event. "Maybe they'll like Google it or something. For me, just spreading awareness. I feel like the more people know the story, then the more interesting or interested they'll become in it."

Related | Naomi Osaka Is the Highest-Paid Female Athlete Ever

Then, after her second win on Wednesday, she wore a mask with the name of Elijah McClain, who was declared brain dead after police placed him in a carotid hold and paramedics injected him with ketamine. "I still don't think his name is very put out there compared to George Floyd or Breonna Taylor. For me, today was very special in the way that I wanted to represent him very well," Osaka said.

The 22-year-old athlete continued her streak of support on Friday night, when she won her third round playing against Ukrainian player Marta Kostyuk. She wore a mask that bore the name of Ahmaud Arbery, the 25-year-old who died after being shot by two white men as he was going around for a jog. "I would like everyone to know that it was completely avoidable — this did not have to happen," Osaka told reporters after the match. "None of these deaths had to happen. I just want everyone to know the names."

Last month, Osaka initially said that she didn't want to play her semi-finals for the Western & Southern Open in protest of the "continued genocide of Black people at the hand of the police." She said, "Before I am a athlete, I am a black woman." Later, after her match was postponed in favor of her protest, she has decided to play on the rescheduled date of the match.