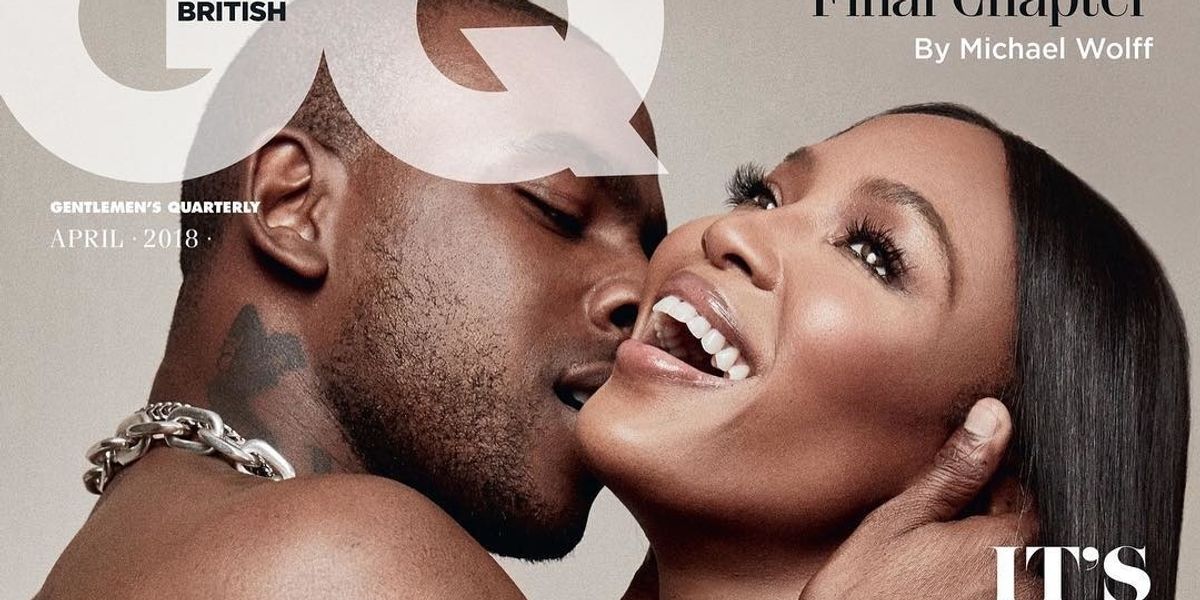 Naomi Campbell and Skepta Sure Make a Sexy Couple

Spring issues are dropping in droves at the minute, each seeking to outshine the last. While some have dramatically fallen flat, a beacon of light has emerged via British GQ, which has featured model/activist/icon Naomi Campbell and Grime artist Skepta locked in a steamy embrace.

Aside from the fact the two are megastars in their own right — and prominent campaigners for social justice — they make an insanely hot couple. The cover sees Campbell's head thrown back in (presumably) smiling ecstasy while Skepta nuzzles her jaw, which, quite honestly, should be more than enough fodder to get you through these final days of winter.

The issue focuses on "race, sex, love and Black power," and the in-book images from the shoot also show Campbell topless in a pair of "Mains" mens' briefs — a clothing label founded by the rapper.

Nothing less than a dream. Hats off, GQ.