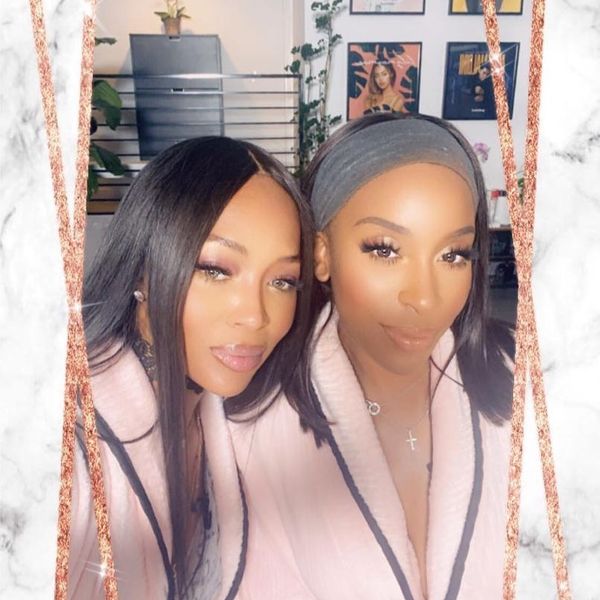 The Only Person Allowed to Touch Naomi Campbell's Eyebrows

YouTuber Jackie Aina continues to lead the charge for diversity in beauty as one of the few influencers of color in the industry.
While advocating for increased POC visibility, Aina also keeps an element of surprise in all her videos. Just last week, the influencer drove it up a notch by surprising fans with her special guest: Naomi Campbell.

In two back-to-back videos, the duo discuss everything from their favorite makeup brands and beauty routines, to diversity in the beauty space. Campbell begns by dishing that her makeup routine is actually pretty simple and usually limited to 10 mins unlike Aina, who claims that hers takes close to two hours.

The most interesting revelation, however, comes as the supermodel reveals her go-to brow person. While carefully layering on concealer and foundation, Campbell confesses that eyebrows are the one thing she doesn't know how to do. But that doesn't mean she'll let just anyone do it for her.

Adding that she only relies on Anastasia Beverly Hills to do it for her, she says: "As long as my eyebrows are done by that one and only Anastasia — she's the only person I let touch my eyebrows in the world — as long they're done, then I can do the other stuff." We finally know the secret behind Campbell's permanently on-point eyebrows.

The video also touches on the future of makeup for men, where Campbell seems positive and credits BTS for a leading proof of how the industry is changing. The discussion ends on another another surprising revelation where she admits she only wears sunscreen on her lips. "I haven't been in the sun for two years, like, sat in the sun on the beach and being able to just get sun — now I haven't been able to do it in two years," Campbell says. "So hence why I'm quite pale."