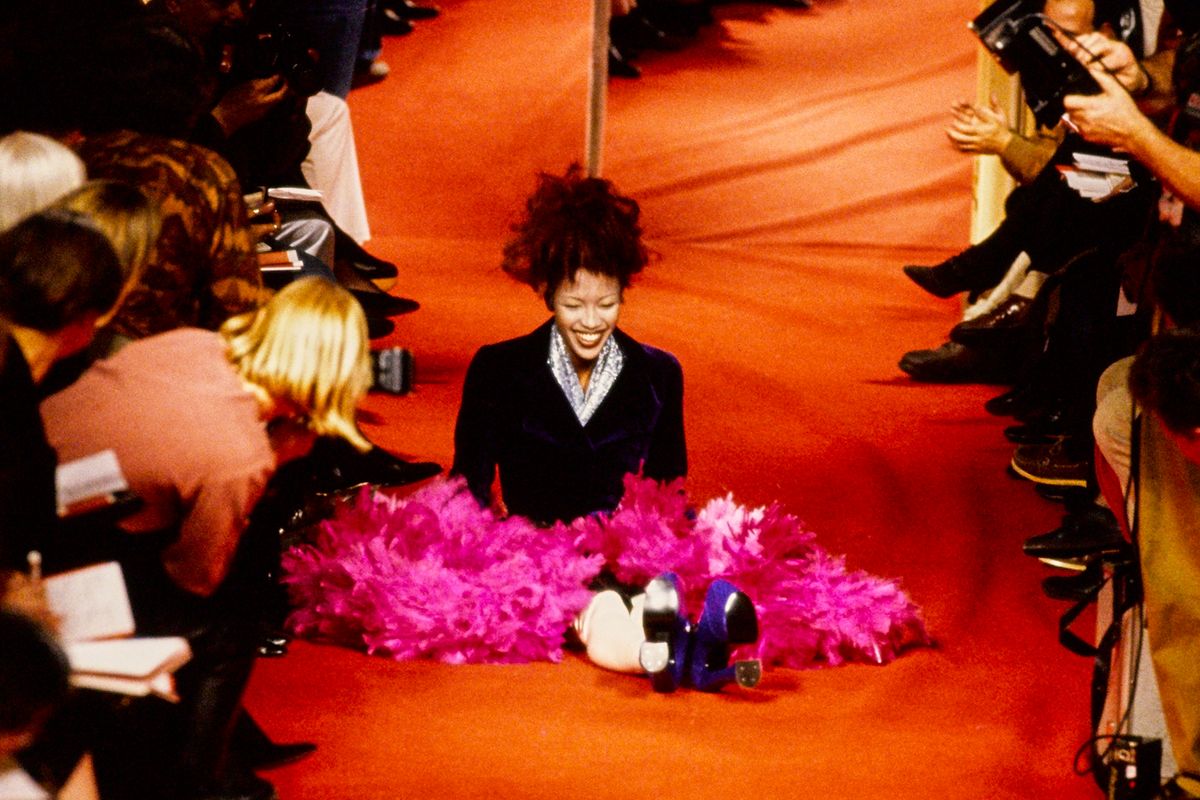 Designers Have Asked Naomi Campbell to Fall on Purpose

One of Naomi Campbell's defining '90s catwalk moments happened by complete accident. Teetering in purple platform heels during Vivienne Westwood's fall show in Paris, Campbell fell down mid-walk, then broke into a now-iconic self deprecating smile that made front pages the next day. She got up again and continued to flounce her feather boa like the supermodel she is.

It turns out the fall was even more influential than we thought. In conversation with Westwood for a new interview about activism for British Vogue, Campbell admits other designers have cheekily asked her to recreate the incident in order to make their runways more memorable. In other words, Naomi Campbell invented the staged viral catwalk moment.

"Did I ever tell you this?" Campbell asks Westwood in the video. "Afterwards, I'm not going to say who, designers, asked me if I would fall for them. And I was like, 'Why would you want me to fall unnecessarily?! Press! The press that you got! But it wasn't planned!," Campbell told Westwood. "They asked me if I would do it and I said, 'Absolutely not, it goes against everything that I stand for. I'm not falling purposefully.'"

"I didn't pay you any of you very much, so you can take it for granted that I didn't pay you to fall down," Westwood jokingly replies. Two women of integrity! Please don't ask your models to hurt themselves in the name of publicity.

For real, Campbell and Westwood's conversation is pretty heartwarming. Greta Thunberg also gets a shout out. Watch the whole thing, below.