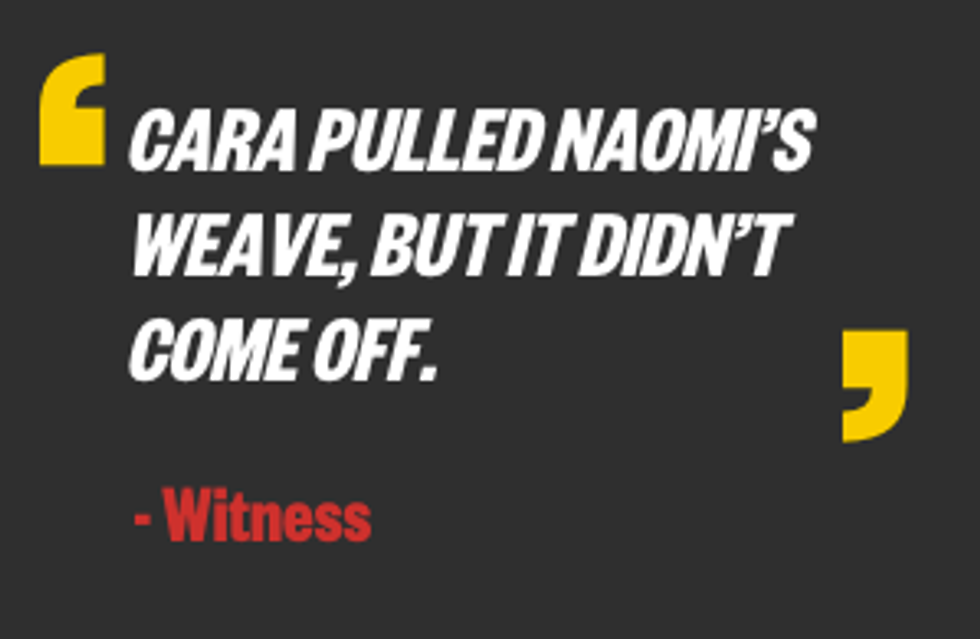 by Elizabeth Thompson
PAPERMAG
In what reads like brain-breaking fashion fan-fiction that was baked in an Easy-Bake Tumblr Oven for 30 minutes at Yaasss Queen degrees, Page Six reports that Cara Delevingne and Naomi Campbell got into a shoving, hair-pulling fight at Paris Fashion Week over Rihanna's honor.
The two supposedly tussled at a Garage magazine party Sunday night, shoving each other, with Delevingne boldly attempting to pull Campbell's weave off, which we all know is equivalent to dancing with the devil in the pale moonlight.
According to one witness, Campbell accused Delevingne of "disrespecting Rihanna" before the altercation got physical. Another witness says there was no scuffle, and Campbell was just randomly shouting nonsense at Delevingne. This morning, Campbell tweeted that the whole story is untrue.

The truth likely lies somewhere within the middle and how, or why, Delevigne disrespected Queen Rih could remain a mystery of the ages. Did she fail to exclaim enthusiastically enough over a photo of Majesty? Did she tell her this grill was too understated? The only thing we're certain of: If this screen-grab of Page Six's knee-weakening, iconic pull quote isn't tattooed on someone by the end of the week, we will have all lost.