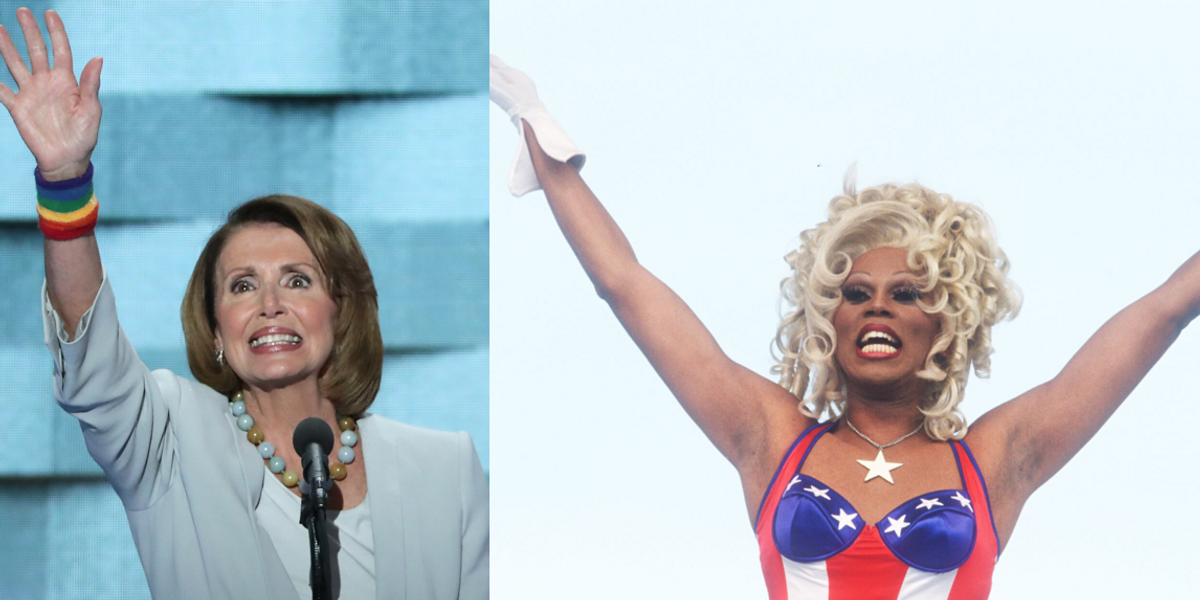 RuPaul is bringing one bad ass politician out of Capitol Hill to sashay his famed runway. That's right folks, Nancy Pelosi, the Minority Leader of the United States House of Representatives, is going to star as a guest judge on this upcoming season of RuPaul's Drag Race: All Stars.

It seems pretty odd, right? Well, according to a spokesperson for the politician, Pelosi has been a major fan of the show, and is coming to RuPaul's catwalk to show some love to the LGBTQ community.

Pelosi isn't the only one who's hanging with RuPaul at the judge's table. Other guest judges on this season's All Stars include Shay Mitchell, Vanessa Hudgens, and Adam Lambert, among others.

What's more impressive than these stellar guest judges? The fabulous queens that are coming back to battle for the top spot! This All Stars season will bring the return of some of our favorite ladies, such as Milk, Thorgy Thor, Trixie Mattel, among others.

We only have one thing to say to these All Stars. In the wise words of RuPaul himself, "Good luck, and don't fuck it up."