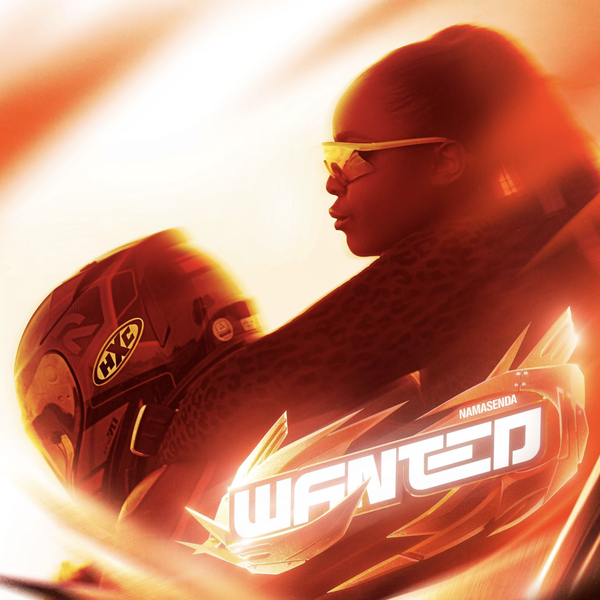 Catch Namasenda If You Can

One of PC Music's newest talents and a rising figure in the hyperpop scene, Swedish singer/songwriter and "Eurobeat angel" Namasenda is back with her latest single, "Wanted."

Teaming up with producer, Himera, Namasenda's sugar-coated vocals cruise over massive euphoric trance synths and blistering fast breakbeats for a high octane joyride of a track. "Wanted" feels deeply enmeshed within the PC Music DNA, featuring stylistic nods to some of the label's earlier work by Danny L Harle or A. G. Cook and Life Sim's Xtreme Mixology mixtape.

From the glossy sky-high autotune to the distorted beats that punctuate the song's drop, "Wanted" still sounds fresh and new.

Related | Himera Explains the Charms on Their Friendship Bracelet

The Natan Gull-directed music video for "Wanted" sees Namasenda leave everyone else in the dust. She hops on the back of a motocross bike as other bikers in the gang pop wheelies and do donuts around the singer. "This song is about a time in my life when I literally felt like I was on the run, bounty on my head and all," she explains. It's like if SSX Tricky and the X Games had their own little glossy, hyperpop baby.

PAPER caught up with Namasenda ahead of the release of "Wanted" to talk about what inspired the track, what it was like to film the music video and how she would outfit her ideal motocross bike.

What was the inspiration behind "Wanted"?

It's about this major mean girls type of drama that went down about a year ago that really shocked me. So this song just embodies everything I felt at that moment and still feel. Taught me a lot, but mostly that I be living rent free in these bitches' heads, utilities included!

This is the second time you've teamed up with Himera for one of your singles. What do you think makes you two work so well together?

We just really get each other. It's weird cause we've never even met, but we have a lot of fun and we have the same references when it comes to creating things. Also, they're incredibly talented.

Who or what are some of your biggest influences as an artist?

I get influenced by so many things, but mostly the people I work with. They make the best music out there.

If the pandemic wasn't an issue, where would you ideally want to perform "Wanted"?

At Arduine Fest! I don't even know what it is, but this person keeps tweeting me about it so I guess it's lit.

What was the filming process for the music video like for you? Had you ever ridden on the back of a motorbike before?

It was my first time on a bike and it was so so scary. I was like, If we fall I will literally die. Felt like one of those idiots who didn't listen to the "don't try this at home" disclaimer who then died and became the horror story everyone tells their kids. But also so much fun at the same time. Whole thing was very DIY. I called [Natan Gull] one day and told him about my idea and he just pulled through! the whole team was so nice and cool. (P.S. Wear a helmet.)

If you could design your own custom motocross bike, what would it look like?

It would be a bike that could change colors, depending on what mood you're in, but most importantly to match your outfit.

Stream "Wanted" by Namasenda, below.