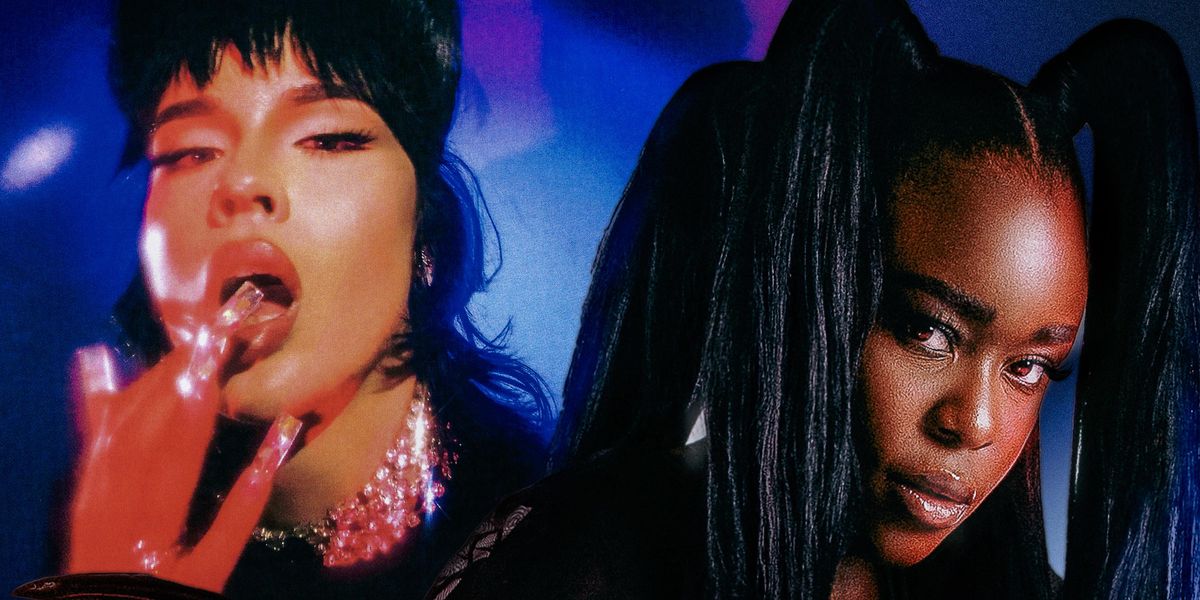 "The only thing better than 1 demon is 2," says Stockholm-based pop artist Namasenda, whose new PC Music single, "Demonic," features a hellish guest appearance from Madrid's La Zowi. On the track, the duo sings about "taking what you want" above production from Namasenda's longtime collaborator, A. G. Cook.

"Demonic" is the first official taste of a forthcoming mixtape Namasenda's been gradually working on, and follows her previously released one-off songs, "Wanted" and "Dare (PM)." True to its title, this offering sounds like a fiery descent into satan's strip club, complete with a bone-crushing, trap-inflected instrumental and wicked vocal distortion.

How did you two originally connect to create this song?

Namasenda: I've been connected to her since I heard her music for the first time but we connected in March when I sent the song.

La Zowi: I always loved everything at PC Music and I was wishing to have an opportunity like that. When the label sent me Namasenda's song I loved it instantly, so I went to the studio to spit some bars :)

What was it like working together? Who brought what to the track?

Namasenda: Me and A. G. [Cook] had been working on the song for a minute, so we sent the song to La Zowi and her team and she just made this fire freestyle that made the song complete.

La Zowi: It was really easy and enjoyable, even working separately. We couldn't meet personally, but I think we have a strong music connection that we've been able to explore through this song. It's nice to start a relationship just with the music. Our music it's kinda different, but I think we have a very similar vibe and at the same time we've been really true to our own style. The mix has been really cool.

What excites you about each other's work?

Namasenda: I love her music cause it makes me feel sexy.

La Zowi: I really love her swag; she's like a cute demon. I love that her music is dark and still made for princesses.

Lyrically, what's the story behind this track? What statement do you think it makes?

Namasenda: The story is basically me at 4 AM. I don't make statements, but if I did I'd say that it's to do whatever you want and doing that, especially as a woman, sometimes makes people demonize you — but who cares, yolo.

La Zowi: The truth is that I'm really into freestyle. I went to the studio and after playing the song a few times I became a devil. I just had to spit the bars. I think that's the main reason why this song sounds so dark and pure.

How is this single a reflection of what you've been working on recently?

Namasenda: It's not. I've been exploring and growing a lot as a human, and realizing that nothing I make will ever be the same as anything I've done before. I guess that's what mainly reflects my work as an artist.

You've been releasing singles through PC Music. How do you think your music has grown through that process?

Namasenda: I've learned to listen to my own ideas more, mostly thanks to A. G. [Cook] cause he listens. So we've made some really good music.