With the Republican National Convention only a few weeks off, Spencer Tunick is busier than usual. The world's foremost photographer of large scale nude works, he's organizing a shoot that's likely to get lots of attention from the media, and the hordes of celebrants, protestors and provocateurs expected to gather in Cleveland in mid July to name the Republican presidential candidate.

For a piece called "Everything She Says Means Everything," Tunick plans to assemble 100 women holding Mylar mirrors that will, according to his website, reflect "the knowledge and wisdom of progressive women and the concept of Mother Nature into and onto the convention center, cityscape and horizon of Cleveland." Spencer isn't just jumping on the RNC bandwagon for publicity purposes; he first conceived of the piece in 2014, when the city was chosen to host the convention, long before Trump's run and all the current hoopla. Though a native of New York, Tunick has a network of support in the Ohio area. His wife and collaborator, Kristin Bowler, grew up in Akron. In 2004, the Cleveland Museum of Arts commissioned a piece and helped him get permits from the city when he gathered 4,000 people to lay nude in front of the Rock 'n' Roll Hall of Fame.

"I felt like doing something for myself and my family," he says about "Everything She Says." "I always thought that this work was going to be important, a gift to my wife and our daughters. The rhetoric coming from the Republican Party in general, the nervousness of the Supreme Court possibly slipping away and becoming conservative, gun control--all these issues were troubling me in 2014. I thought a great time to bring this up would be at the convention. I always felt that I didn't do my political part before any prior conventions or the Iraq War. I feel like I could have done more in certain situations when I had the opportunity."

While many photographers have made a career of shooting nudes, Tunick has taken it to the next level with his ongoing series of works. Often featuring up to thousands of willing participants posing for large scale conceptual photos, his art blurs the lines between photography, performance art and spectacle. Tunick, who has also shot for PAPER, began his career in the early 1990s with guerrilla actions shot on the streets of Manhattan in the wee hours of the morning. As a result, he is adept at getting his models out of their clothes before being chased down by the police. (His New York City "run and gun" installations are available in the book Reaction Zone, a limited edition run of 1400.) He's been arrested numerous times, including five occasions in New York and once during a TED conference, for photographing eighty attendees in the raw. 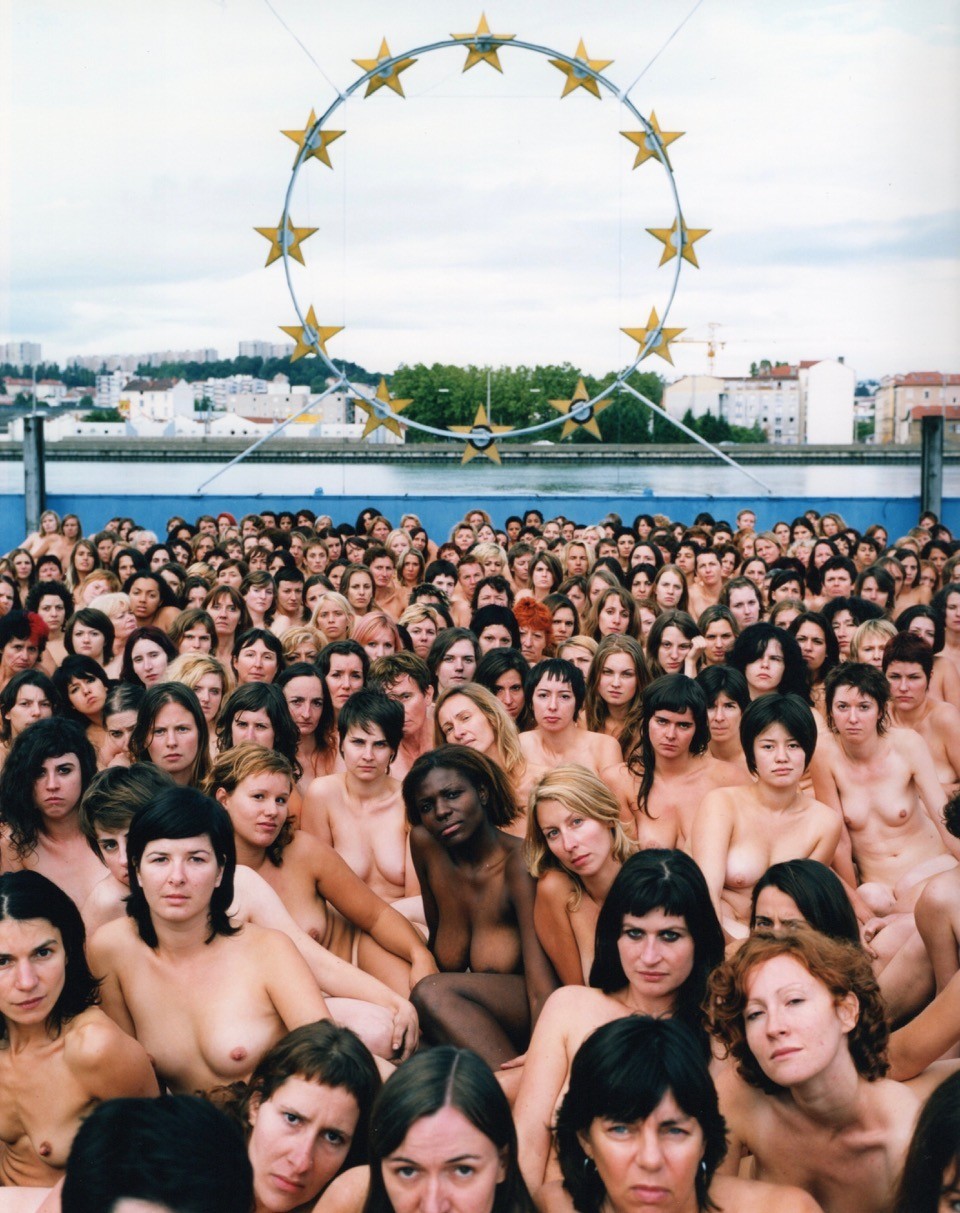 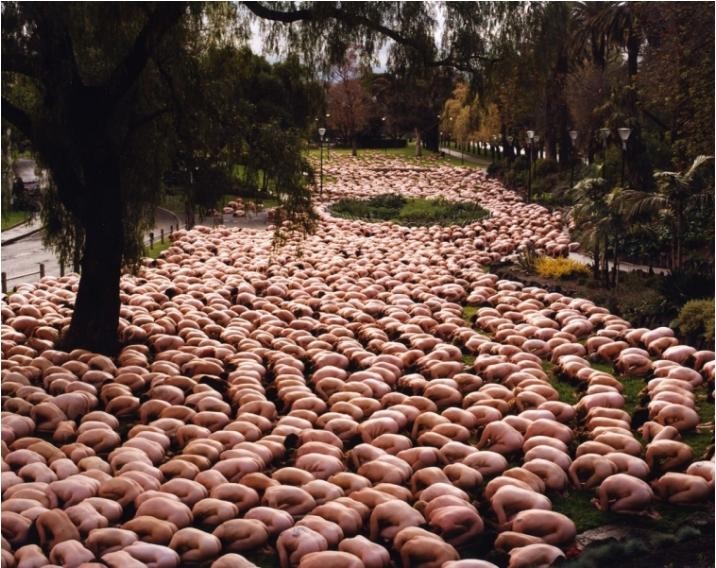 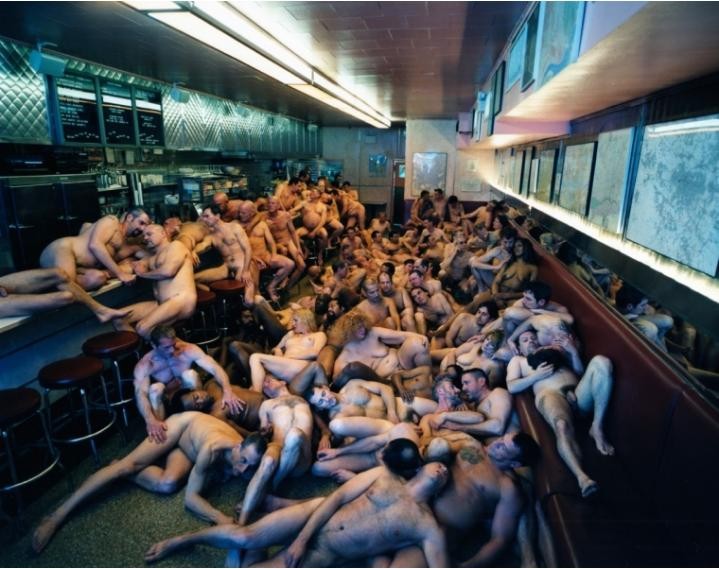 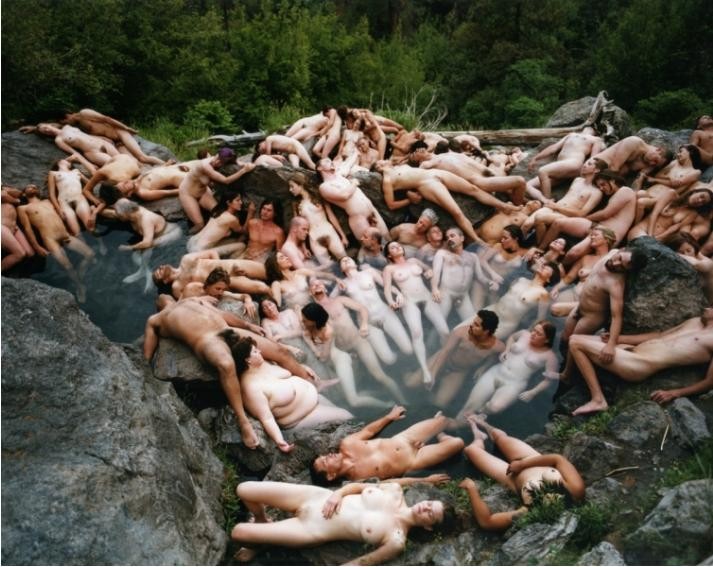 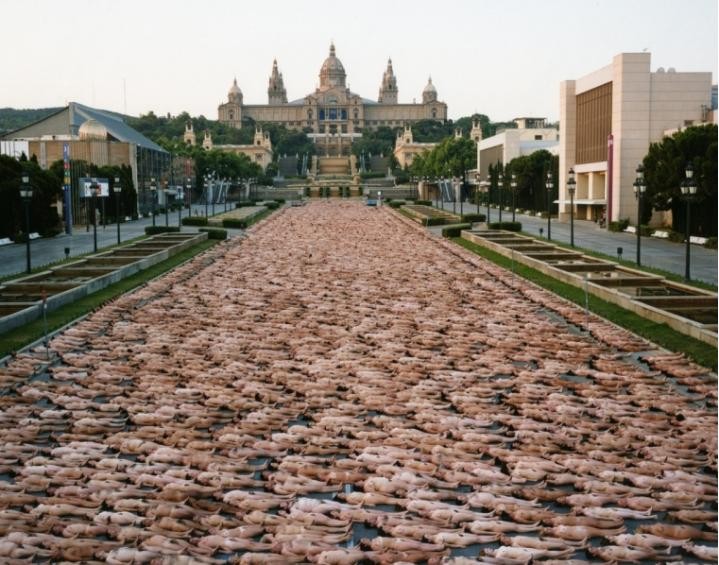 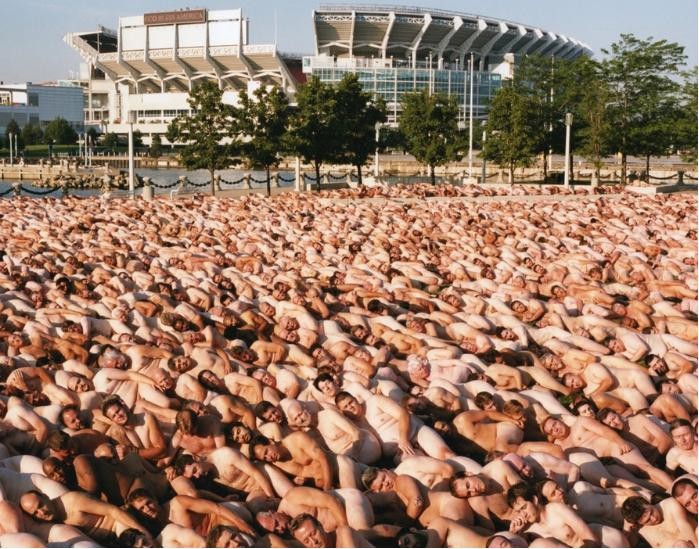 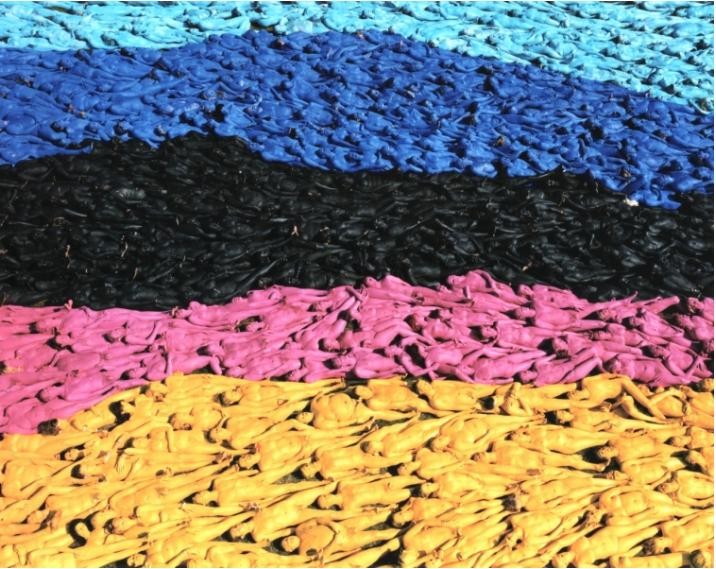 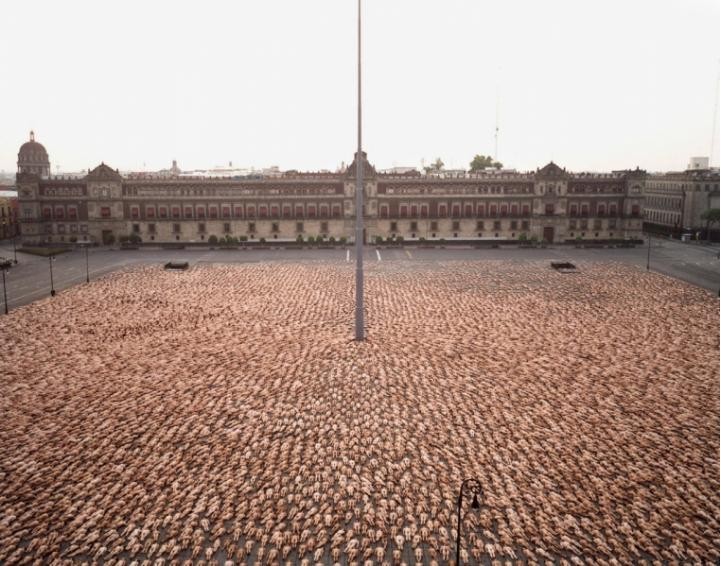 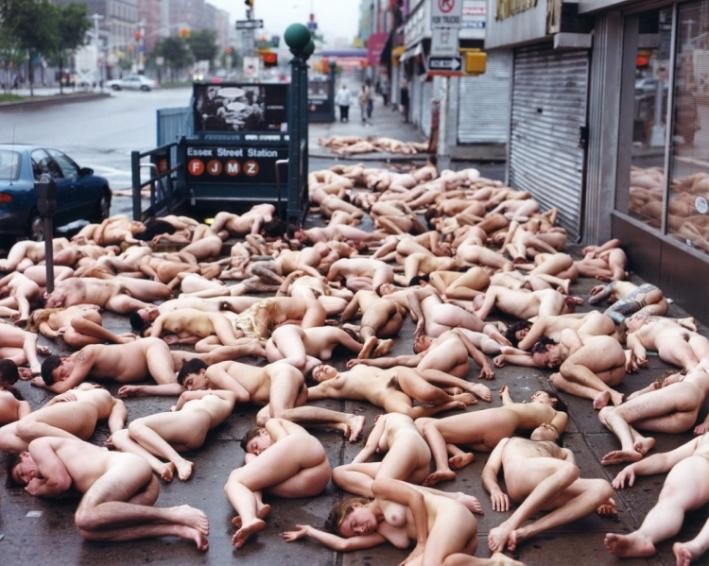 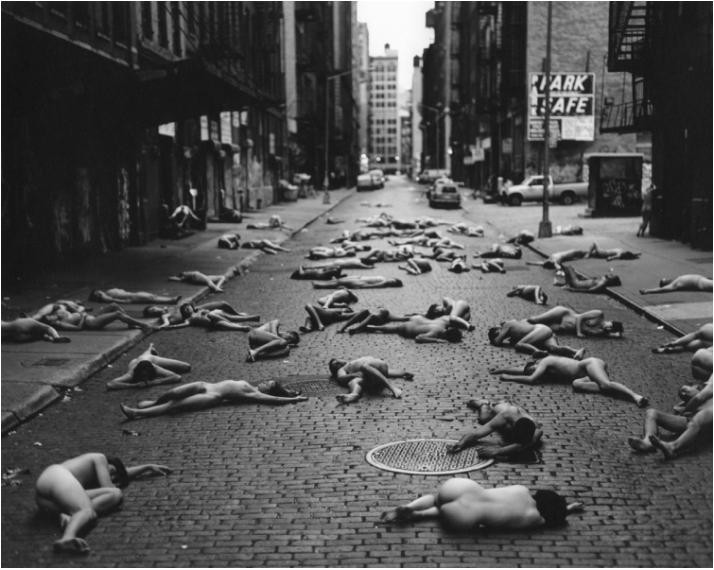 With three HBO documentaries and three books documenting his work, his fame cuts both ways. It makes it easier if he's commissioned to create an installation, but he has to otherwise scramble. "It's hard to get funding for art with naked people," he says. "It's more nerve-racking, but challenging since I'm more well known now. If hundreds of people are gathered on a corner you can't say, 'It's a bird watching group.'" In the US, the laws vary from state to state--though complete nudity in public is by and large banned--and he has yet to crack uptight Asia, where he has tried but thus far failed to pull off an installation. Europe and South America are the easiest.

Given the explosive potential of this work during what promises to be a contentious convention, he anticipated that it would be a fruitless attempt to secure permits from the city, so he chose to make his work on private property. Even so, shit can happen. "Even if I don't get the photo," he says "the knowledge that this number of women (over 1,500 applied) want to participate in this intense arena makes getting the word out there of an equal part to making the art work itself. Now I can fail and still have it on the mind of people out there."

On July 17, Tunick will get it out there. 100 women, selected from that 1,500, will pose naked in Cleveland to express themselves in the face of the Republican party and its odious standard bearer, Donald Trump (who, like Tunick attended the New York Military Academy).

As one woman wrote when submitting her application: "As a woman, I want to stand up for my reproductive rights. As a Hispanic, I want to be seen as a member of this community. As a first generation American, I want to show that anyone deserves the opportunity to come here. As a young woman, I want to embrace my body and everyone else's size and shape. As a human being, I want to stand up against Trump and other Republicans whose hateful speech towards women, immigrants, LGBT people, and all "others" is poisoning this nation. Being a participant in Spencer's installation allows women to be the medium, rather than the object. We are so often objectified in our society, being told our self worth is directly related to our appearance. The mirrors reflect the viewer and environment, a message of connection and statement of empowerment."