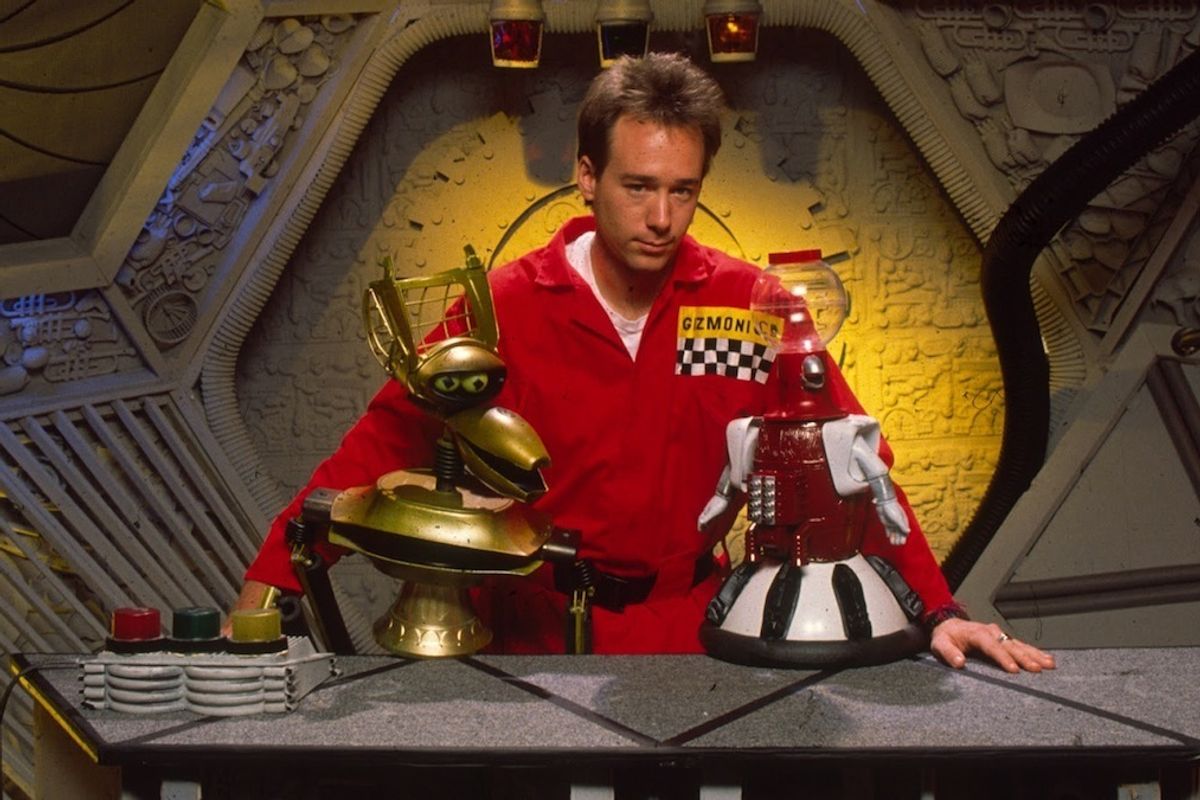 In the past 24 hours, the cult show announced that its Kickstarter raised had $5.7 million, ensuring its resurrection, but also holding the record for the most funding for a video project (edging out the campaign for the Veronica Mars movie).

The show, which was created by Joel Hodgson, centers around Hodgson being forced to watch infamous campy horror and sci-fi movies on a spaceship by two mad scientists in a "not-so-distant future."

Patton Oswalt and Felicia Day are confirmed to join the cast in the reboot, and Jonah Ray has signed on as the new "human test subject" that Joel played.

If you haven't seen it (which, if true, UNACCEPTABLE), you can catch up on various episodes and clips on YouTube, like this one:

There hasn't been anything as good as MTSK3000 since it departed into the television afterlife, so this is truly a miracle.