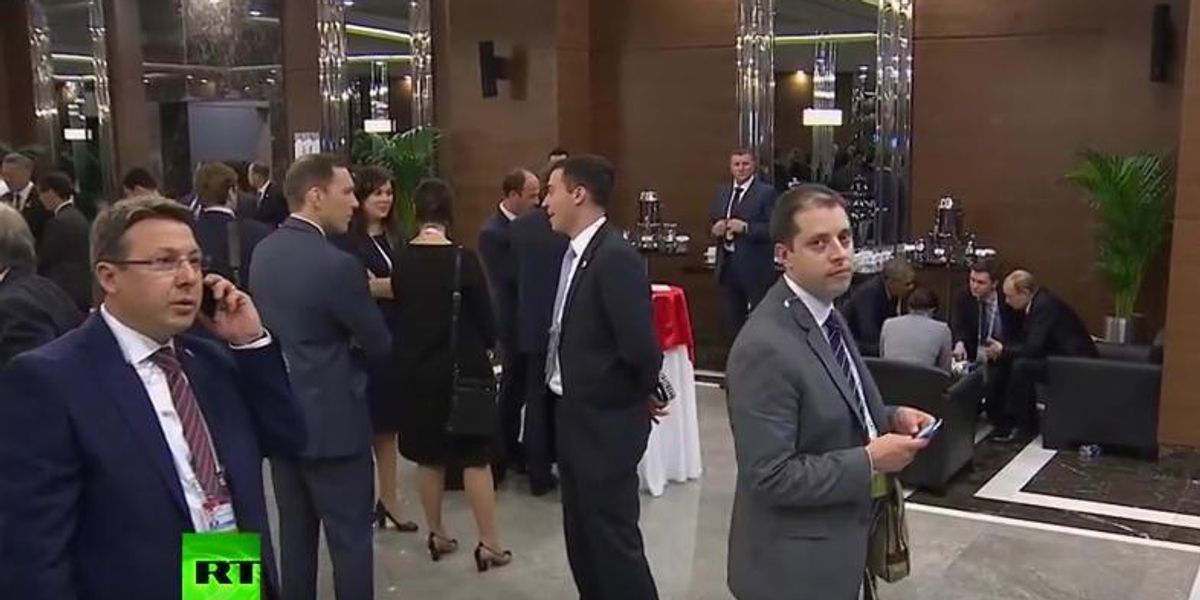 Over the weekend, the leaders of the world convened at the annual G20 summit in Antayla, Turkey, discussing strategies to combat numerous issues, including the tremendous threat from ISIS.

It was a somber tone, with President Obama, Russia's president Vladimir Putin, calling for international unification against the Islamic State's increasing danger, following the horrific terrorist attacks the group orchestrated in Paris on Friday.

In one particularly dramatic moment, America and Russia seemed to be putting aside the mounting tensions between our two countries, as Obama and Putin huddled close together in a lobby to talk shop.

However, as the two chatted, one nicely dressed summit attendee near them seemed...out of place.

He gingerly inches closer to the oblivious presidents, his eyes not-so-subtly locking with the camera as it indulges him.

If he was, he is the worst spy in the history of everything.

Regardless of who he was, one thing is certain: he knew what he was doing.

It was his moment, and he took it, wrapped a harness around it, and rode off into the azure horizon.

Despite the clear camera-thirst, his movements seem identical to mine when I first arrive at any/all social gathering.

Here's to you, and your sassy travel satchel.