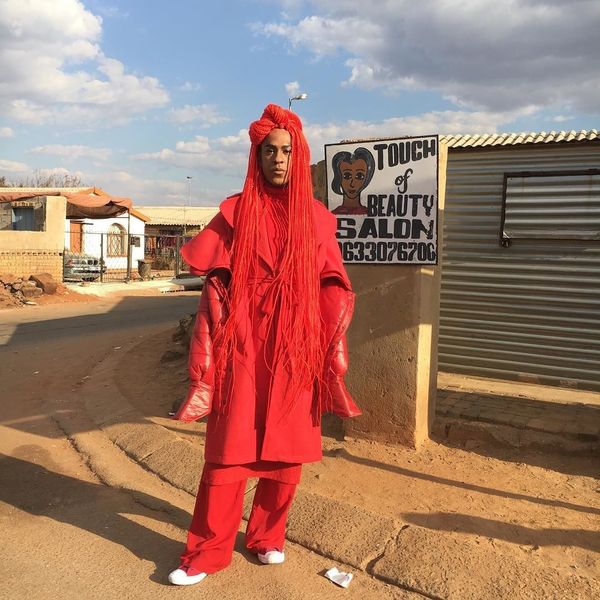 Mykki Blanco, performance artist, poet and provocateur, is preparing to have a very big 2019. They've been relatively quiet since releasing their self-titled debut album, Mykki, but returned last year in a major way with their Kanye West-produced, Teyana Taylor collaboration, "W.T.P.," which PAPER listed as 2018's #16 top song of the year.

This winter, Blanco will be supporting Danish pop star MØ on tour, before eventually releasing a new album that's apparently all finished and stacked high with incredible collaborators: ANOHNI, Kelsey Lu, MNEK, Diana Gordon, Jamila Woods, and Ah Mer Ah Su, to name a few. Blanco even has something in the works with Madonna, promising fans that 2019 will be "full of all kinds of surprises."

One such surprise is a new brand called Generation Jeans, which Blanco announced this week will be available at all their upcoming winter performances. According to Instagram, Generation Jeans "focuses on garments with an over-sized aesthetic." Regardless of whether you're plus-size, curvy or very thin, each style is one size fits all, and intended to be worn "in a baggy style."