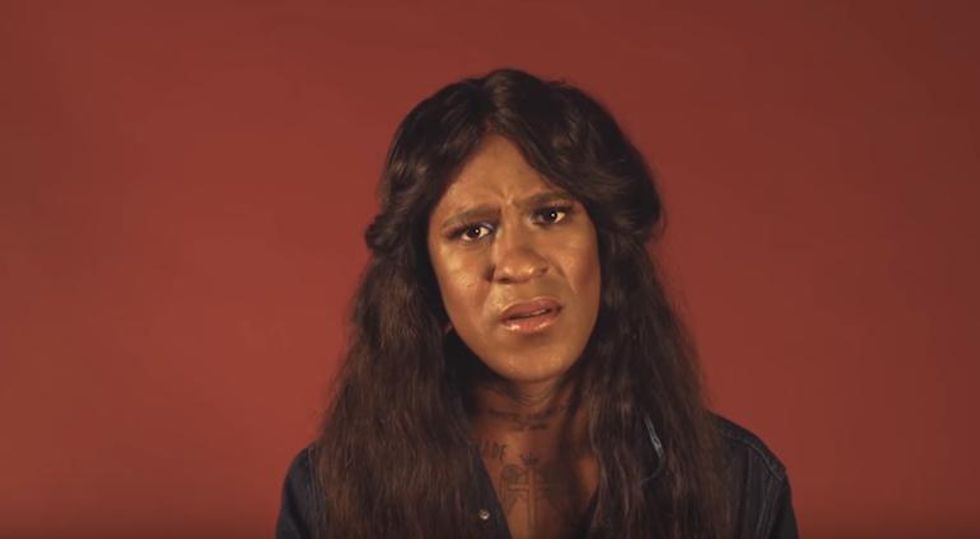 Dazed enlisted icon Mykki Blanco to recite the devastating and legendary poem "I Want A Dyke For President," written in 1992 by artist/AIDS activist Zoe Leonard, about the "violent banality of our elected politicians," and the vast pockets of our society they seek to ignore/oppress. The poem is an eerily poignant mirror to this current presidential election of our collective nightmares, remaining timeless nearly 25 years after it was written.

"I want a dyke for president," Blanco states, staring head-on into the camera. "I want a person with AIDS for president, and I want a faggot to be vice president."

"I want someone with no health insurance."

"I want someone who grew up in a place where the earth is so saturated with toxic waste, that they didn't have a chance about getting leukemia."

"I want a president who stood in line at the clinic, at the DMV, at the welfare office."

The real kicker: "I want a candidate who isn't the lesser of two evils."