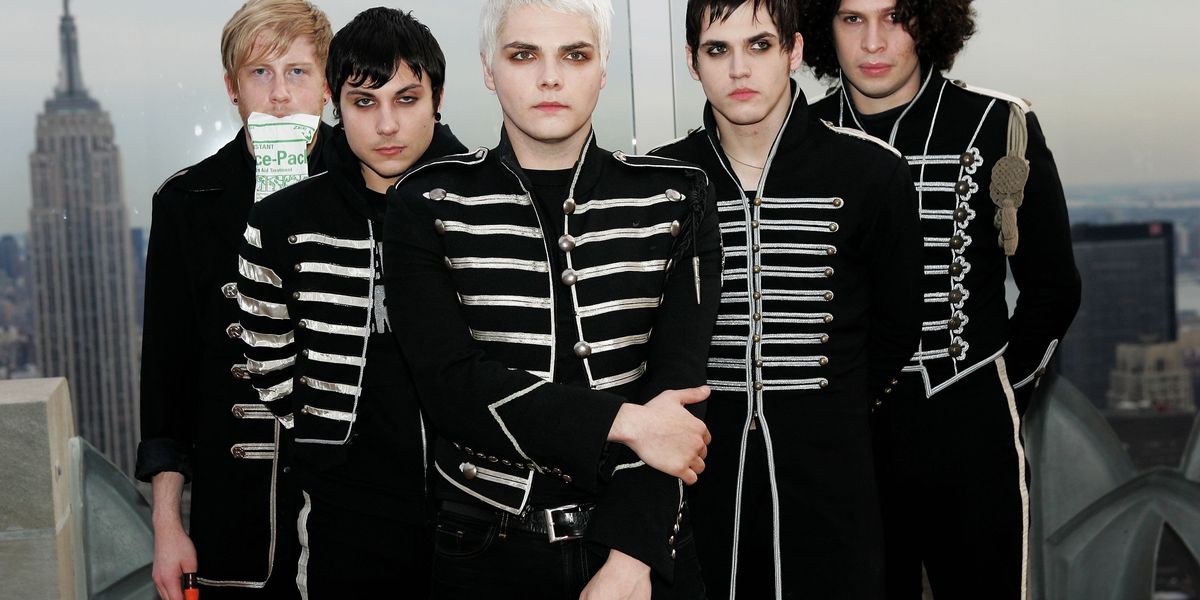 Calling all emo kids! The My Chemical Romance reunion tour has officially begun.

"In 2017, we got in a room together to see what would happen," the band's official account tweeted on the eve of their show at the Shrine Expo in Los Angeles. "A couple more jam sessions and 39 days of rehearsals later, we're ready to show you what we've learned. See you soon."

So many people are here at the @ShrineLA dressed up with make-up and black parade outfits. Even just supporting in… https://t.co/aAWR5Cx5kT
— Alternative Press (@Alternative Press)1576898079.0

Sadly, the concert in L.A. seems to be the band's only U.S. leg of the tour. My Chemical Romance will be holding five more concerts in Melbourne and Sydney in Australia, Western Springs in New Zealand, and Osaka and Tokyo in Japan in March next year.