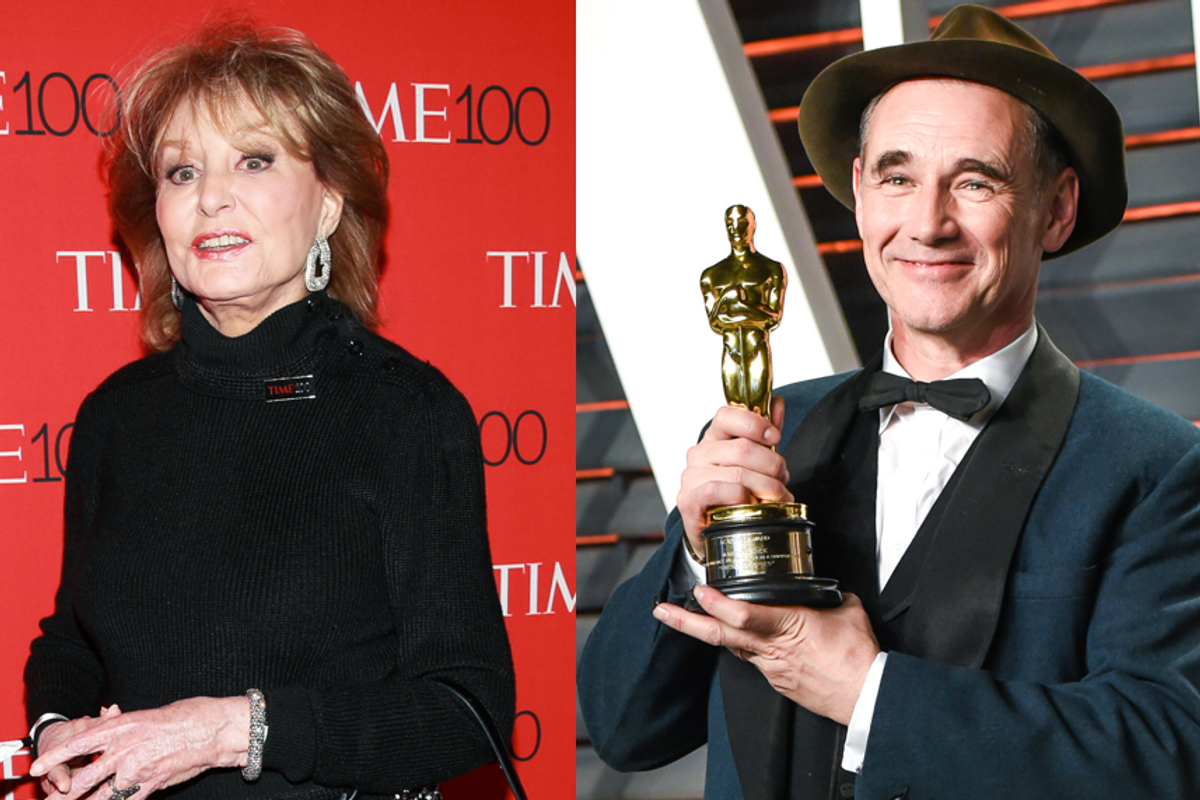 My 6 Most Awkward Encounters With Celebrities

Normally, I'm a real smoothie in dealing with famous people, but occasionally, I'll hit a road bump due to my own insensitivity—or perhaps their utter audacity. Check out the slideshow below for some examples:

In the mid '90s, Stewart was playing a gay in a movie, Jeffrey. I was invited onto the set to interview the actors and even do a cameo. When I got face-to-face with the British thesp, I smilingly asked him how all the Trekkies would feel about him playing a gay. My tone was light-hearted, and I figured he'd shoot back with something witty. Long pause. There were others in the room, and the air felt thick with anticipated horror. Eventually, Stewart spoke and, looking pained, replied that he had played all sorts of roles in his storied and diverse career, so, in other words, it was not an issue. Yes, I knew that.

I didn't know Plummer absolutely loathed The Sound of Music—he thought it was treacly crap, didn't care for his singing having been dubbed, and probably would have loved to have gotten points in the whole marvelous mess. So at an event, when I giddily asked the Canadian-born actor a question about the film (which I adore), he looked like he'd been hit by a severe case of indigestion and simply stared me down without speaking. It was even more chilling than my Patrick Stewart encounter. To paraphrase a Sound of Music lyric: Somewhere in my youth or childhood, I must have done something bad.

Sitting in my press seat at the Broadway play Living on Love, starring Renee Fleming, two years ago, I felt a tap on my shoulder. I turned around and it was Barbara frickin' Walters. "So what have you heard about this show?" the interviewing legend asked, looking rather pleasant. I froze with nerves, thrilled to have merited this exchange, yet not sure quite how to answer. "Come on," she prodded, twinkling. "I won't report on you!" I should have replied, "I hear it's thinner than Renee's waistline these days," but I couldn't drum up anything that clever under the circumstances. Instead, I said: "Um…I hear it's pretty thin." But at least Barbara didn't make me cry.

At a live appearance in 1998, Joan's daughter Christina Crawford—the author of the scandalous tell-all Mommie Dearest—came right out and said that mommie had done much more than raise a stink over wire hangers. In fact, claimed grown up Tina, she had basically killed her last husband, Pepsi magnate Alfred Steele. "Whaaaat?" I thought, reeling in a sort of excited horror. "Can this be true?" I thought surely the onstage interviewer would follow up on that and ask things like "What exactly did you mean by that? Did she strangle him? Hit him with a hanger? Withhold his medicine? Make him so anxious he had a heart attack?" But he simply let it slide, as in, "OK, that was interesting. Next"!!! So I cornered Christina after the discussion, at which point she was sitting at a table with stacks of her books to sell. I breathlessly introduced myself and blurted, "OMG, is it really true that Joan killed Alfred Steele?" She fixed me with an ice-cold gaze—one she no doubt learned from mommie herself—and said, "I'm selling books right now."

Five years ago, something similar happened at an autograph show when I approached Penny Marshall (whom I loved on The Mary Tyler Moore Show, The Odd Couple, and Laverne and Shirley, not to mention sometimes as a director). I wanted a quick quote to include in my coverage of the fabulous event. But Penny didn't want to take a second away from signing books for her fans, ka-ching. "Yeah, I'm working right now," she barked, with an expressionless face that refused to even look at me. I crawled under the nearest has-been for the rest of the day.

I was at a Tony Awards gala in 2014, right after Rylance had won his third Tony. He was sitting at a table, looking fairly accessible. I stood nearby, hovering, waiting to ask him for a very brief comment. I had heard he was eccentric but delightful, and I figured he'd be in a bouncy mood, having just won again. And I've never felt so much "Please go away"-level distaste in my life. He was shooting invisible darts at me with every molecule of his being, and I was a-tingle with awareness of that as I walked away in utter defeat. And I jokingly thought, "Oh, good. At least he knows who I am."

There was also Quentin Tarantino, who didn't want to talk to me (but whom I loved when I later ran into him, talking to himself, on the street. It's the kind of thing I would do!). And Laurence Fishburne glazed over when I tried to ask him a question; Ben Vereen walked away in the middle of our conversation; and…Well, how much time do you have? I've got a lot of these stories!