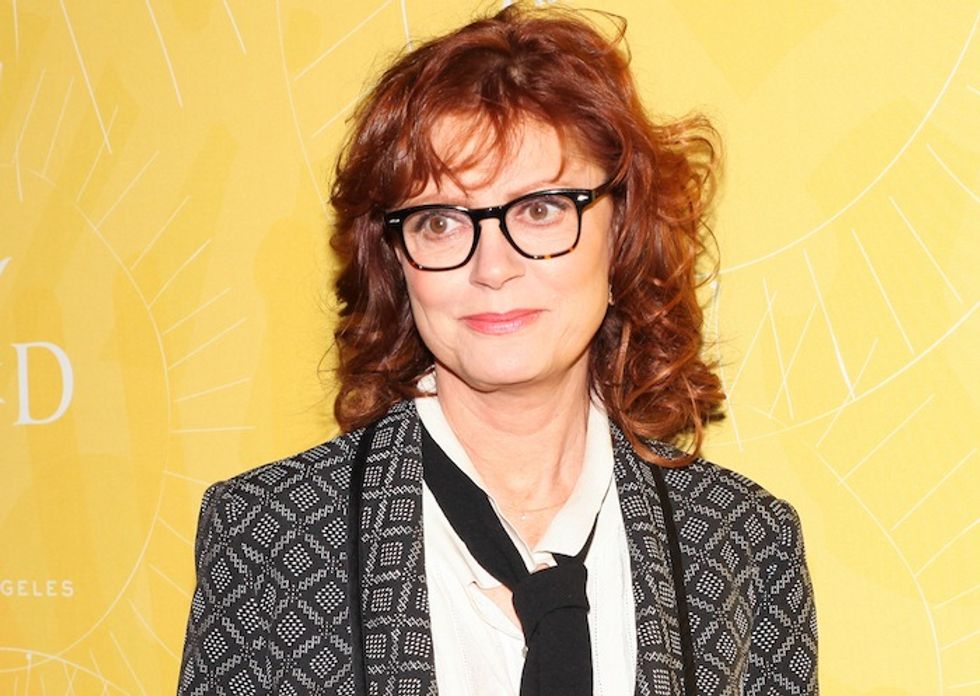 My 12 Most Bizarre Encounters With Celebrities

by Michael Musto
PAPERMAG
[Photo by Sam Deitch/BFA.com]
Celebs are generally delightful beings, but they can also be a tad oddball, especially when they come in contact with someone as nutty as they are -- namely, me. Here are 12 of my zaniest interactions with the rich and famous, whittled down from a whole lot more.

MICHAEL JACKSON
In the '90s, a friend and I were on line for the Nile river ride, a theme-park-like adventure in the Luxor Hotel in splashy, trashy Las Vegas. (Don't laugh. I love that kind of silly attraction.) But suddenly the line wasn't moving because they had to make way for a VIP who was crashing to the front, plus entourage. It was Jacko himself, accompanied by a throng of little kiddies, all hypnotized by his Willie Wonka charisma. Something about it screamed "the queen of de-Nile."

SHELLEY WINTERS
I met the two-time Oscar winner at an event where she was attacking her food like a war tank. I introduced myself and said what publication I wrote for. Shelley started shrieking, "That paper ran a horrible review of my memoir!" I had to bullshit her with choruses of "Oh, so sorry. They have some truly nasty writers," while neglecting to tell her it was yours truly who had penned that review. Awkward!

BETTE MIDLER
At the premiere party for Down and Out in Beverly Hills, Bette spotted me across the room and grinningly shouted, "Michael Musto, put me in Details!" I was thrilled that the super-duperstar knew my name and that she also was aware that I wrote for Details. In fact, I was so stunned that I never managed to wake up from that moment and actually put her in Details.

DARYL HALL
At the height of their '80s fame, the pop/rock duo Hall & Oates wanted to do a book, so a publicist set me up for a meeting with Hall, telling the blue-eyed soul singer that I'd be the perfect writer for this project. But when Hall asked, "What kind of book would you do on us?" I replied that it would be straightforward, informative, and readable, like all the best celebrity memoirs. Alas, he wasn't interested in that, wanting instead to put out some wacky fantasia -- sort of a non-linear scrapbook of weirdness of the type I knew never makes it in this field. I graciously declined, his kiss not on my list.

FRANK ZAPPA
I met Zappa at a nightclub in the early '90s and sat down for a quick, arranged interview, but he never cracked a smile or even looked me in the eye as he answered my questions. I kept trying to make eye contact, but Zappa looked straight ahead, all stony faced, as if I weren't there, the very definition of weirdo.

NANCY GRACE
I had been on shows with Nancy and liked her oomph. After she made a big splash as a crime commentator, I approached her at one of her book parties and asked if she thinks of herself as a pit bull. She looked appalled and stared at me without answering for a long time -- which, you'll see, is a recurring theme in my journalistic career. I guess I had seriously misstepped -- a real crime.

SAM SHEPARD
A few years ago, at a luncheon for a movie he was promoting, I was seated across from playwright/actor Shepard for a quick Q&A. I asked him a pretty routine question about how he prepared for his role and found the motivation for it. He looked me over as if surveying a dead rat and said, "You call that a question?"

JUNE ALLYSON
In the late '80s, Allyson and Ann Miller were promoting a video compilation of their movie musicals. I bluntly asked Allyson if her Depends commercials had introduced her to a whole new generation of people, assuming she'd have no problem talking about this since the ads ran day and night for years. She did a Nancy Grace, giving me a frozen look, before ignoring the question and talking more about the movie musicals. I nearly wet myself.

CHRISTOPHER PLUMMER
At a 1988 promo event for a Broadway drama he was in, I started off my chat with Plummer by asking about the beloved Sound of Music, not realizing he absolutely despises that film. (No, it's not one of his "favorite things.") Plummer outdid all the aforementioned celebs in staring me down with utter contempt, obstinately refusing to say a word. He practically launched into a chorus of "So Long, Farewell."

SUSAN SARANDON
I know SuSu doesn't always trust the press, but I was hurt when, at a press event in the aughts, she spotted me and promptly put her head down, covering her face with her hands, to avoid giving an interview. To her, I was just another dead man walking.

JEANNE MOREAU
At a luncheon at the turn of the century, I was seated to Moreau's left as she talked to the person on her right about a Marguerite Duras movie she was in. (I was chatting with someone else the whole time, and only half-heard snippets of their conversation.) Well, at one point, the screen goddess leaned into me and coquettishly said, "Why don't you join in our conversation?" I didn't necessarily want to, but I graciously obliged and said, "Oh, OK. So what was it like to play Duras?" "NO!!!!" she shrieked, smoke practically billowing from her French nostrils. "We're not talking about that film! We're talking about the one based on the writings of Duras!!!!" She was fuming mad, and it seemed absolutely insane that she was yelling at me, since I was only joining in to be polite and couldn't possibly have known which of her two freaking Duras films she had been talking about. Later, Moreau seemed to realize she'd overstepped, so she batted her lashes and cooed, "Perhaps we should start again?" No dice, babe. (Runner up: Anita Ekberg, but let me not repeat the details of that one again. Way too painful.)

HILARY DUFF
At a movie premiere in the aughts, a publicist asked me if I wanted to interview Hilary Duff. To be nice, I said "Sure. Why not?", utterly faking interest so as not to appear ungrateful. "Wait here," she said, running off to set it up. But two minutes later, the flack crawled back to say, "She won't do it." And I was spared!!!!
You May Also Like
Pride