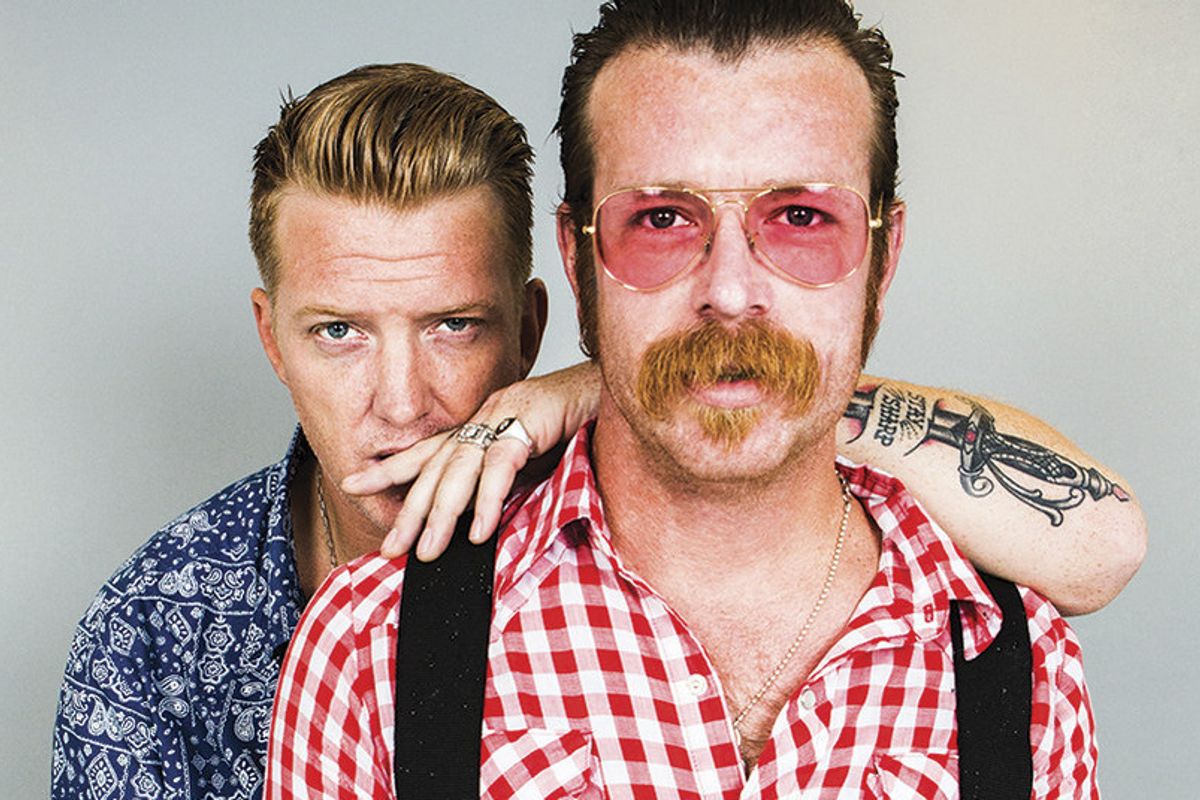 A Muslim man, Ismael El Iraki, who survived the horrific massacre at the Bataclan Theatre in the November 13th ISIS attacks in Paris, has penned an open Facebook post to the Eagles of Death Metal. in the wake of the band's bigoted, Islamophobic statements.

EODM, who were playing in the venue the night of the attacks, had recently been dropped from two French music festivals.

The band's front man, Jesse Hughes, has asserted his paranoid belief that there was a "Muslim conspiracy," and that the Muslim people present at the show--including security guards--were tipped off, and even helped, the gunmen enter the theater.

Iraki, who helped numerous people that terrible night, reminds Hughes that in such a crisis, race, and religion do not matter...only humanity does.

I will not dignify you by narrating how I behaved that night. I have and always will refuse to do that publicly: I do not believe that another bloody Bataclan story could be useful to anyone. You can make your own inquiries and I do not think that you will like what you will discover, for it will certainly not fit your narrow minded, boxed-in image of what a Muslim or an Arab (for apparently you ignore the difference between those two words) can do. I believe that the people I helped that night did not care that I was an Arab, nor did I care which origin they where or which imaginary friend they bow to. We all bleed red, brother. And enough about me.

He goes on to call Hughes, an admitted Trump supporter, what he and his presidential vote are: bigots.

You say: "Islam is the problem". I say: "All you fucking bigots and your fairytale shit stories are the problem. Racism and refusal to recognize one another as complex (more complex than ethnicity or race can explain) human beings is the problem. Reducing others to what you think you know is the problem." You saw those guys the other night. Those marble-eye, brainwashed, horrible assassin motherfuckers were unable to even recognize a fellow human face. Dude, don't be like that. Just don't. Don't imagine that you are facing that awful fundamentalist deathwave alone. Because this is the world we live in now, and we're all in this shit together. Muslims and Arabs are caught up in it with you, they face dying a random, stupid death like you.