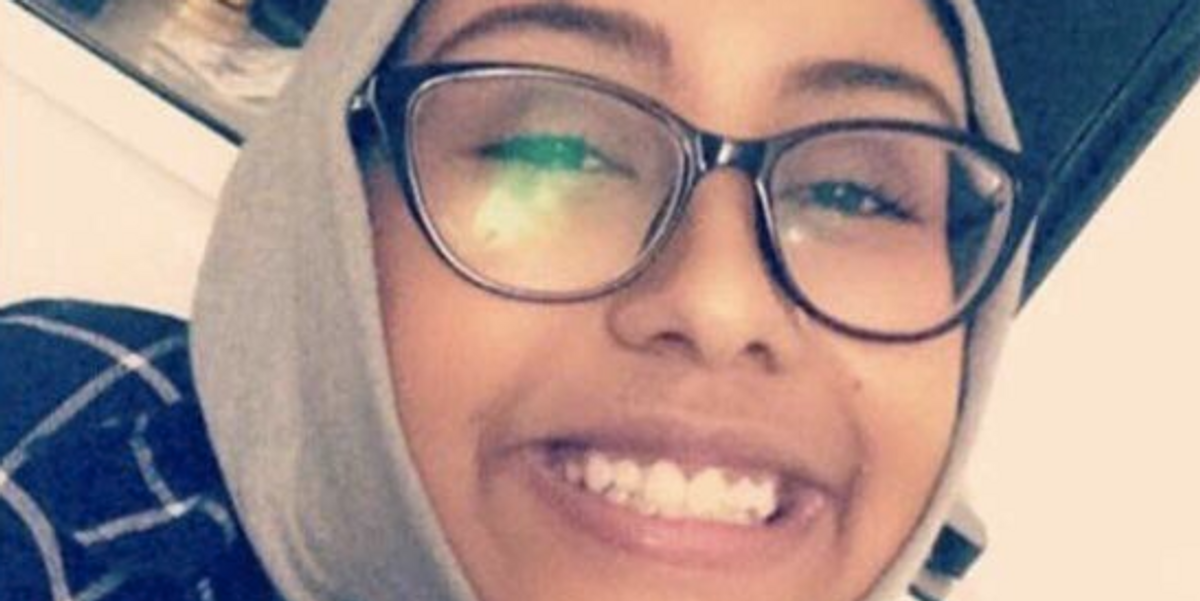 On Sunday morning, a 17-year-old Muslim girl named Nabra was kidnapped, beaten to death and left in a pond in Sterling, Virginia.

Buzzfeed reports that early Sunday morning, at 3:30AM, Nabra and a group of friends were returning to an all-night prayer session at the Dulles Area Muslim Society (ADAMS) Center after grabbing breakfast before sunrise fast for the holy month of Ramadan. On the way back to the Center, the group encountered two men emerging from a car with baseball bats who began attacking them. The friends all fled the scene, but once they reconvened, they realized Nabra was missing. They reported her disappearance to the police at 4AM.

Police found Nabra's body on Sunday around 3PM, beaten to death and in a pond.

"Our detectives are fairly certain that it is her," Fairfax police spokesperson Tawny Wright told Buzzfeed. "But the Chief Medical Examiner still needs to conduct an autopsy to confirm the identity."

A baseball bat was also found near the scene.

Police have already arrested 22-year-old Darwin Martinez Torres and charged him with murder. They say they are not looking for a second suspect.

Though based on their dress, Nabra and her friends were clearly Muslim, detectives on the case say they have "not gotten any indication that this was motivated by hate or bias."

Nabra's mother, however, told the Washington Post, "I think it had to do with the way she was dressed and the fact that she's Muslim. Why would you kill a kid? What did my daughter do to deserve this?"

ADAMS released a statement about Nabra's murder saying, "We are devastated and heartbroken as our community undergoes and processes this traumatic event. It is a time for us to come together to pray and care for our youth."

Lieutenant Governor Ralph Northam said in a statement, "There is absolutely no place for this kind of violence in our Commonwealth. Every Virginian should feel safe and welcome in our communities, and no parent should ever have to experience such a heartbreaking tragedy."

Virginia Congresswoman Barbara Comstock said in a statement, "We are heartbroken and horrified by the news of the brutal murder of a beautiful 17-year old girl. We know there is no greater pain for any parent and Chip and I extend our prayers to her family and loved ones at this difficult time and the entire ADAMS Center community."

She added, "This case should be investigated and prosecuted to the fullest extent of the law."

Those who wish to donate to Nabra's family for funeral costs can do so here and here.