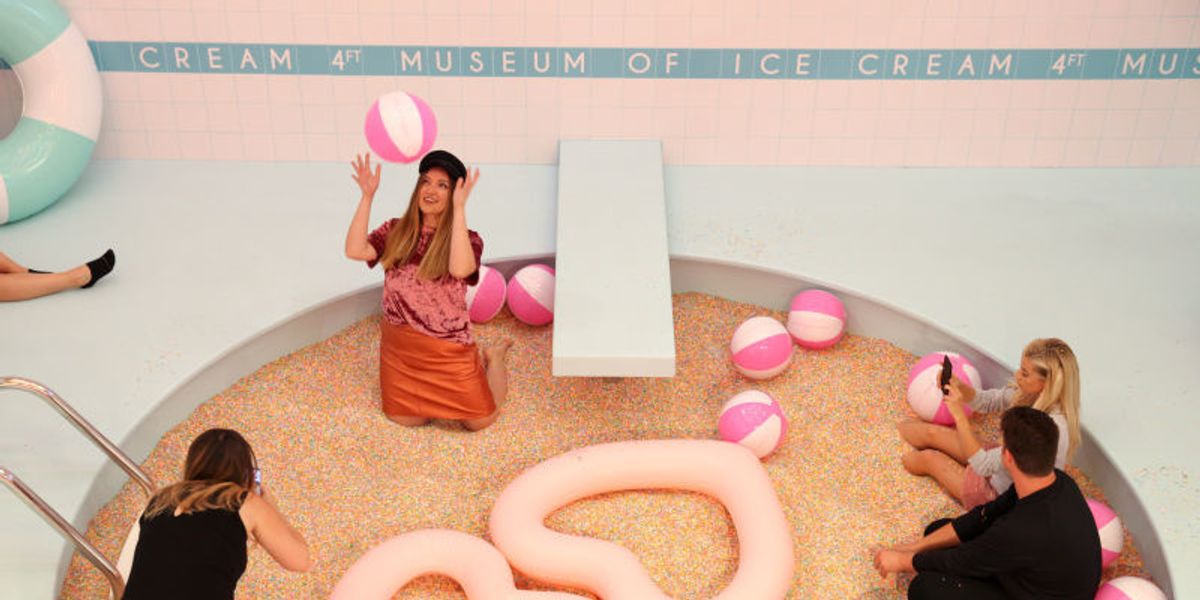 The Museum of Ice Cream, a favorite among celebrities and anyone with a camera phone, is reportedly in a bit of a sticky situation. After repeated violations, mostly due to its now-famous sprinkle pool, the Miami museum has been deemed an "environmental hazard," and forced to pay multiple fines.

Since its December opening, the owners have been issued three fines of $1,000 and $2,000 dollars due to the fact that their plastic sprinkles (which fill a giant adult play pen) are apparently making their way outside and into the stomachs of the local animals.

According to Page Six:

Plastic sprinkles from one of the exhibits have made their way outside, where the city tells us they can be "consumed by small birds, reptiles and marine species." The museum tells us it's "spending thousands of dollars to...clean the streets and a mile around the building. The team is working around the clock."

Miami isn't the only location under fire for sprinkles, back in October TMZ reported that the California installation was encouraging visitors to do a "double-shake" after exiting the pool, after it drew critique from local environmentalists.

The Museum has proven to be popular with celebrities across the country, with the likes of Katy Perry and the Kardashians heavily-documenting their visit.