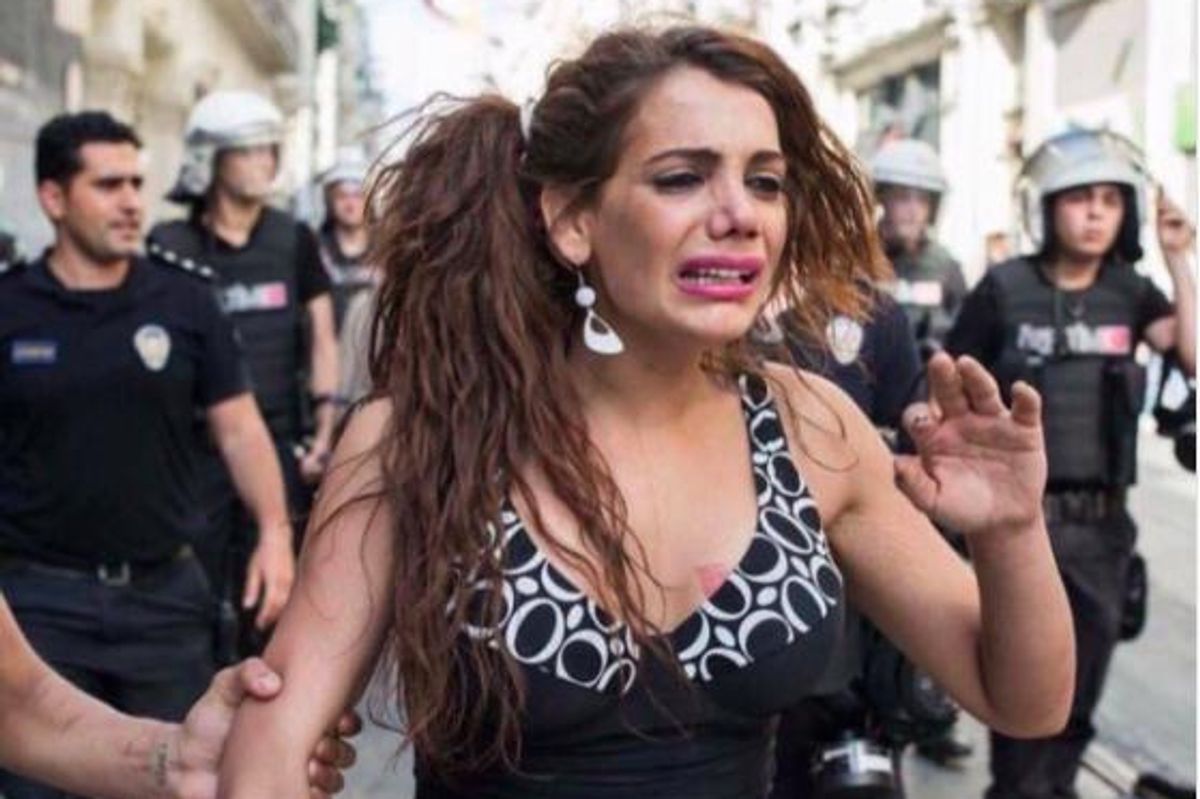 Hundreds of outraged people took to the streets of Istanbul this weekend to demand justice for the murder of well-known trans activist Hande Kader.

Kader, a 23-year-old sex worker and outspoken advocate for human rights, was last seen alive on August 12th getting into a client's car, reports the BBC. Her body was found in a forest four days later, badly mutilated and burned. Her roommate, Davut Dengiler, identified her body.

"Hande was one of the nicest people in the world," Dengiler told the BBC. "She was very calm normally, but also hyperactive. She always went to the LGBTI marches. She pursued a cause that she felt right until the end."

Turkey has the highest number of trans murders in Europe, according to data from the rights group Transgender Europe. But as the group's 2016 report notes, and as frequent, disturbing and increasing violence against trans people around the world makes all too clear, "there is no safe country for trans people."

Turkey is typically conservative when it comes to LGBTQ rights, but activists like Kader remain steadfast in the fight for their rights. She joined thousands of marchers at the 2015 LGBTQ pride march in Taksim Square, withstanding water cannons, rubber bullets and tear gas shot at the crowd from Turkish police.

After news spread of Kader's murder this weekend, the hashtag '#HandeKadereSesVer' (Give voice to Hande Kader) began trending on social media.

Kader's roommate remembered Kader's compassion. "She would go crazy when trans individuals were killed," he said. "She'd be so sad... She had been stabbed and beaten before. This didn't happen only to Hande. It happens to all of them."