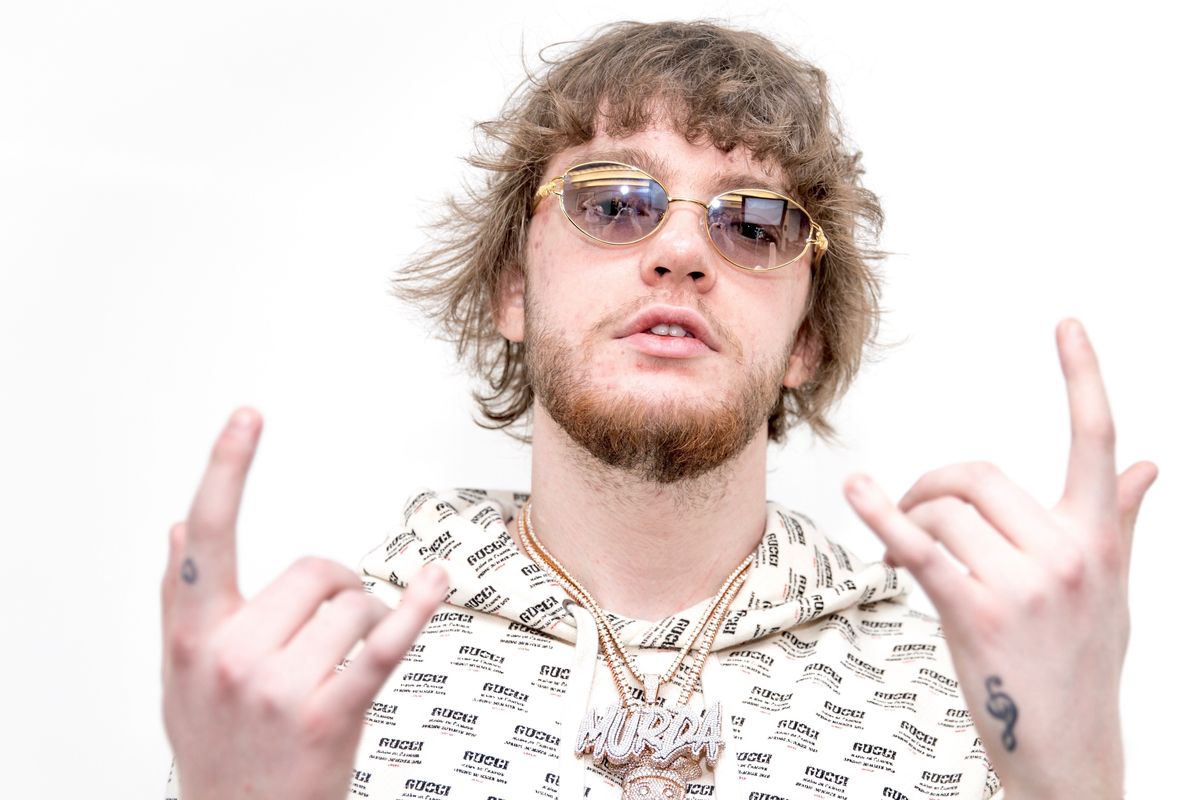 How Murda Beatz Made It to the Top of Hip-Hop

Producing supernova Murda Beatz is the ultimate wunderkind. Born Shane Lee Lindstrom to a musical family in suburban Ontario, the now 24-year-old punk rock fan was still a teenager when he was flown to Atlanta to produce for a relatively new rap group experimenting with trap. Rap trio Migos took a risk by partnering with the newcomer on what would become some of their biggest hits, and other artists naturally came knocking soon after. Drake's "Nice For What," a take on Louisiana Bounce sampling Lauryn Hill, was so informed that it's surprising the track was created by a producer under 30.

"Murda on the beat so it's not nice," the producer's tag, has now graced the biggest hits from Nicki Minaj, Travis Scott, ZAYN, Gucci Mane and Cardi B. The intro has become so familiar that to hear it is to welcome the voice of an old friend, simultaneously sign posting nothing less than a banger is ahead from one of hip-hop's heaviest hitters. As he winds down from the release of his latest project with SmokePurrp, Lindstrom breaks down his journey to success for PAPER:

I grew up in a music household, and my dad played guitar all the time. I started playing drums when I was six. I always had a passion for music. I started liking punk rock, metal, and then crossed over to rap. I felt like I plateaued at playing drums, like I wasn't getting any better. I bought an electric pair of drums, sold my drum set, and got introduced to making beats. I fell in love, so I started making rap music a lot after listening to it, or just seeing music videos on TV. I was 17 — something like that, around the end of high school.

Rap was more underground at the time. I never like to follow the main trends. I liked Chief Keef and then I found Migos. I hit up one of their boys, Skippa Da Flippa, on Twitter, like "Yo, you can use a bunch of my beats if you let Quavo and Takeoff hear my beats," cause Offset was locked up at the time. He hit me back saying "Yo, we got some crazy hits." They flew me to Atlanta, from there that's how we got started. I started living with them, and going on the road with them.

When Migos flew me out to see if I was actually making the beats, they didn't expect a white kid from Canada to be making harder beats than the guys in Atlanta. Being white in that environment, it was definitely different. People thought I couldn't make rap music cause I was white. I was getting made fun of at the beginning. That was a big thing. Like in trap music, when I got started, there were no white producers. Post Malone is a dope artist, even if he wasn't making number ones, he's a very talented artist. Eminem was one of the greatest rappers of all time. I think the music defends myself. I don't think anyone should put a race on any genre. It's just a way of expressing yourself through instruments and sounds, right? People can just listen to the music.

"When Migos flew me out to see if I was actually making the beats, they didn't expect a white kid from Canada to be making harder beats than the guys in Atlanta."

Now hip-hop is pop culture, and I feel like everyone I work with right now had a big role. I wish it was back in the day cause I'd be like 30 times more rich than I am now. Music back then, 10-20 years ago, there was no streaming, so when you liked the single, you had to buy the whole album. Every song on the album would get the same amount of purchases as the single, where nowadays, if you like one song, you can just buy one song. So back then producers like, c-level producers were getting album cuts and making as much money as the big guys who were making the singles.

Four years ago, I was on mixtapes and producers were never getting paid off of mixtapes, because they were never sold. They would make a mixtape and put it on the Internet. It would get views and that's how people would blow up and be able to tour and stuff. Now, a mixtape is coming out and you can obviously stream it, you can make money off it, everyone's eating off it. It's about learning your business through experience, paying your dues and knowing how to compensate yourself. Nowadays, a producer can be on the album and make a thousand dollars, and then you can have your single and make $300,000. It's more single-driven and song-driven than albums, than the whole project. It's a good space right now for dropping smaller and shorter albums cause people's attention spans are way less.

But you gotta watch out. If you oversaturate the market with singles, then people will get sick of you. So you gotta figure a way out of this game. I don't know, we're gonna have to wait and see what happens. If I drop an album right now with 30 songs, in three days people want to hear the next album. So, it's not worth it, it's better to drop four songs. People will take in those four songs for three months and then just keep going.

Though right now I feel like music is kind of still. That's where I feel like "Nice For What" comes in, the song that we did with Drake. I feel like that was a really refreshing record from music. From here on, I want to really just work on changing music and bringing excitement back to hip-hop and just music in general. With the best work, everything happens very organically. Just the timing, and in the moment, and it's like the energy and the vibes and everything.

And then sometimes you should know when to stay out of it. One of the biggest things in rap culture is beef, and it's part of the game. Back in the day, when I was younger I would get involved a little bit. But now, I just have my own brand and just being older, and being more mature, I just stay out of it. Back in the day Scott Storch produced for Ja Rule and 50 Cent when they were talking about killing each other — like producing their tracks back and forth. Just let people do what they gotta do. People can't be mad at it, it's just part of the culture. The game needs it. Controversy is the key of urban culture. I would pull an artist back, like, "We don't need to this." But if it's for the culture, it's for the culture.

"You have to get comfortable with being uncomfortable."

You have to get comfortable with being uncomfortable. That's what people have to understand. Anything you dream you can do, it's all reality right? Anything you wanna be, you can make it happen. But you have to understand that it takes sacrifice, you have to work hard, dedicate yourself and you have to be able to be comfortable with being uncomfortable. I stopped chilling with friends, I lost friends, I cut people off. Dedicated all my time, invested a lot of my money. Put everything into music. I eat, sleep, live, breathe, everything music. I don't do anything else. But I can't burn out. I'm too motivated. I'm never satisfied.