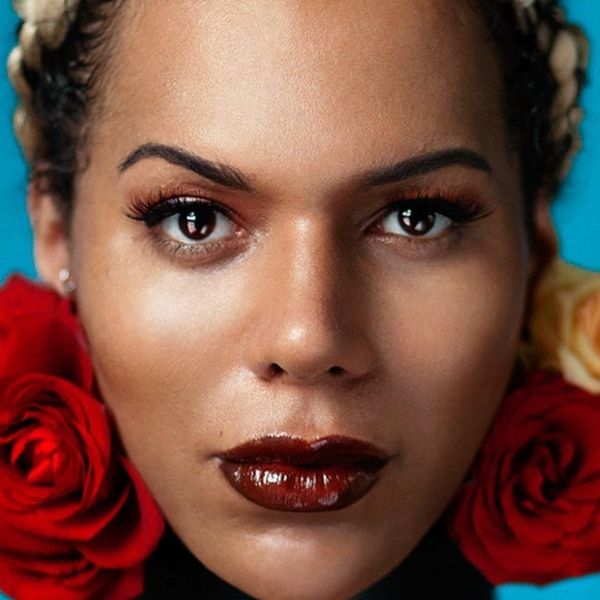 As her career continues taking flight, Munroe Bergdorf has been deftly utilizing her platform for powerful social messages, which means increased safe spaces for all. In a new interview with Teen Vogue, the model and activist opens up about the importance of being honest about mental health, even when it's uncomfortable. That starts with exposing the stigma associated with speaking out about mental health concerns. Bergdorf rejects the idea that sharing your truth in an unapologetically authentic way should be considered shameful, or a cry for attention.

"I don't think we are used to hearing people talking about their mental health like its an illness," she said.

Bergdorf has been increasingly outspoken in destigmatizing conversations around mental health since posting a Twitter thread about her depression and PTSD, tied to her experience being sexually assaulted when she was 24. In the thread, Bergdorf writes: "Sending love to anyone else wading through the thickness of depression mixed with 1,000 things to do. I want you to know that right now I'm not doing too great, but like you, I'll go to bed tonight and tomorrow I'll feel stronger."

Furthermore, Bergdorf is aware that her voice helps others — 321,500 people are sexually assaulted every year, and 3.6% of Americans report experiences of PTSD annually. Particularly, Bergdorf, as a transgender woman of color, knows she can help give voice to the stories of fellow trans people, and help them less alone and isolated in their experiences, especially as related to sexual assault and trauma. Bergdorf told the magazine that she felt trans people were left out of the #MeToo movement: "There is a big trans narrative missing from the Me Too movement... I wanted to share my moment, but with just a little bit of extra, that it still feeds into my daily life."

Related | Cardi B Says the #MeToo Movement Is Flawed

Bergorf continued: "We need to make sure all of the people that are most marginalized, all the women who are marginalized, are in the movement. It can't be a top line conversation about the privileged women in Hollywood," she said. "It needs to be about people at risk. The people who are are trans women of color. We're not talking about how trans women are raped and sexually assaulted at a higher rate than anyone else."

It is easy to look at Bergdorf's social media presence and imagine her as someone who either has transcended her struggles in these areas, or has painted over them with glossy, high-fashion brushstrokes — and to forget about her intersectional identity and experiences, and how it makes her day-to-day more challenging than, say, a cisgender white woman's life. In reality, social media only depicts a glimpse of someone's day-to-day reality. It's like the tip of an iceberg in the ocean — we only see a small section of the iceberg, glittering, gleaming in the sun, but the heaviest part, the hefty weighted ice, is underwater. When we examine social media profiles of those we admire, or even those we fear or even loathe, and see a life that we want to compare ourselves to, we are essentially aspiring to embody a small piece of someone else's reality.

Bergdorf's voice, experiences, and self-actualization (and those who look like her) not only matters, but is potentially life-saving. By not-so-simply daring to be brave enough to lift the veil from her own experiences in the fast-and-furious world wide web — regardless of tightly-wound cynics who would accuse her of oversharing — she's making it safer for others to do the same. Pain shared is pain divided.