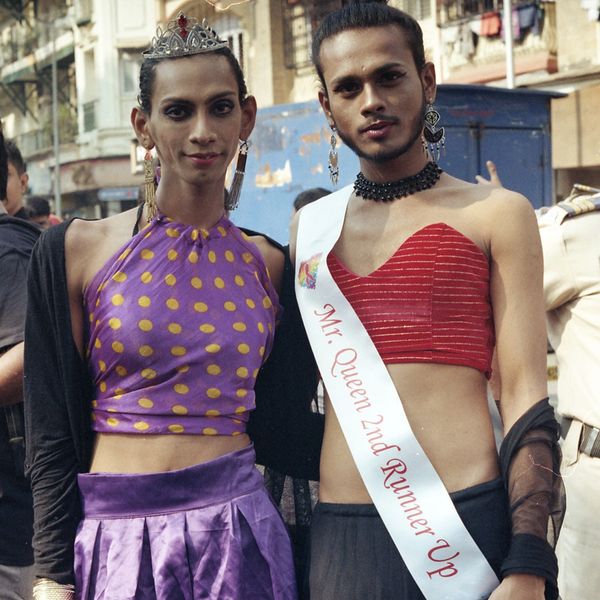 LGBTQ rights are on a roll in India. In September of last year the Supreme Court struck down the hated Section 377, which criminalized gay sex. In February, Mumbai hosted its first LGBTQ Pride March since the ruling, and the energy and excitement was palpable. The crowd was estimated at 15,000, which is nothing compared to Madrid, Rio or New York, but is a major crowd by Indian queer standards.

PAPER sent photographer Anai Bharucha to document this historic day in South Asia's gay history and, as expected, she found a stream of super-energized, super-excited LGBTQ folks and allies celebrating the recent advances. A few marchers wore masks, which was the usual way gay people protected their identity at queer events in the past but mostly people were out — loud and proud.

As the crowds wound their way through the busy streets of central Mumbai, traffic stopped and people gathered to watch and take cell phone photos from the sidewalks, pedestrian overpasses and passing cars. Seeing the juxtaposition of openly gay young people paraded past women in hijab and men in traditional dress perfectly shows how old India and new India can live harmoniously side by side.