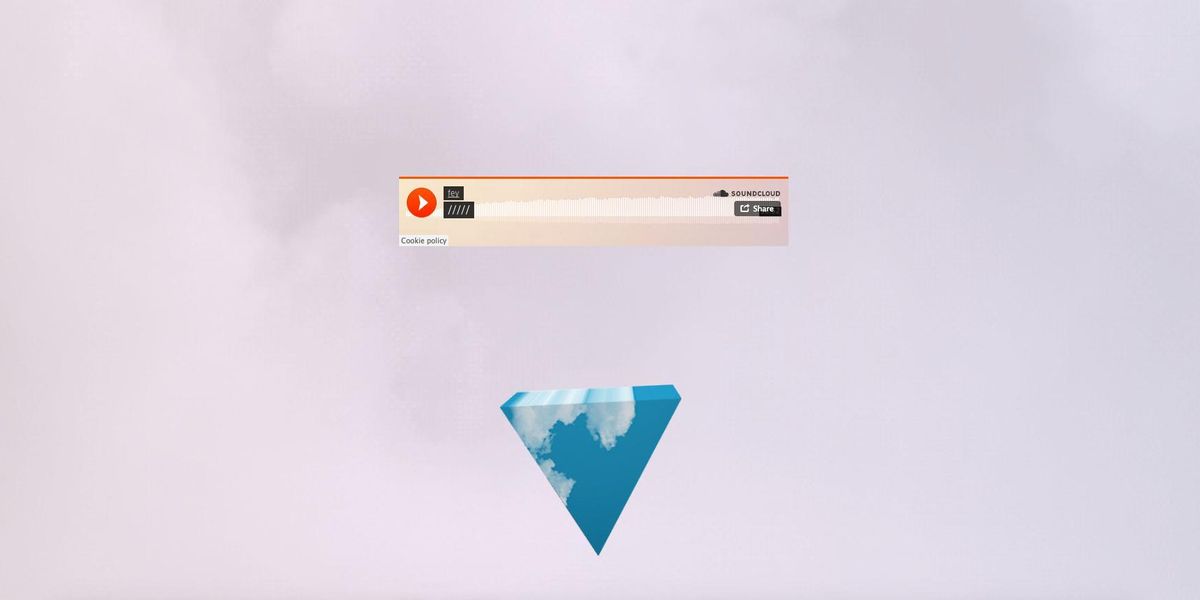 manuel arturo abreu (b. 1991, Santo Domingo) is a poet and artist from the Bronx. They work with text, ephemeral sculpture, photography, and what's at hand. They are the author of List of Consonants (Bottlecap Press, 2015) and transtrender (forthcoming Quimérica Books, 2016). Currently based in Portland, OR, manuel co-facilitates home school, a free pop-up art school.

We spoke with manuel about their newest project, an untitled, eternal vertically-scrolling multimedia ebook, filled with text poetry, video, images and sound.

Why the vertical scroll rather than the more traditional horizontal click-thru e-chapbook? Does the form impact that contents?

i wanted to create a sense of wholeness and cumulativity. yes, someone could just scroll directly to the bottom, but in my mind the infinite scroll not only reflects my own internet experience (and the debt my poetic work has to digital vernacular), but also primes the reader to encounter each piece of media as 'building on' the previous media. I also think i subconsciously associate endless scroll with low-quality / spammy content, memes, shitposting, etc, which appeals to me.


Scribbles on cardboard by abreu's uncle from untitled


Can you decode some of the awesome, strange code-looking documents embedded in the piece or would you prefer not to?

sure! the first is a prayer from El primer nueva crónica y buen gobierno (ca. 1615), a text by Quechua nobleman Felipe Guaman Poma de Ayala detailing the history of the Andes as well as his critique of Spanish conquest. The pages themselves, both illustrations and text, are gorgeously wrought. I took this page and turned it upside down to form a pyramid.

The second is a piece of cardboard with scribbles from my uncle during one of his psychotic breaks. Like the above, it partly functions as a prayer.

The glitch directly following the altar is an error during my scanning of Shulamith Firestone's Airless Spaces (1998).

I wanted the visual and the textual to exist in a continuum in this collection of work, but it ended up feeling more like the visual orbited and infected the textual, which acts as an anchor.

Are all of the documents found or are any self-created?

Those described above are found. Some others are created: the altar with blue and pink USB cables is something I made, for example, and the asemic poetry (the scribbles) toward the end of the collection is by my own hand.

How about the other images?

All three of the gifs are found.

About 2/3rds of the way though the collection, you appear and read to us. How do you think it would serve to disrupt or enhance the experience if more poets were to pop out middway through their texts?

I think it depends on what the poet's formal and emotional intent are. I was playing with format here in such a way that the inclusion of the video allowed my (literal) voice to arise in contrast to the poetic voice emerging from the rest of the content. This contrast felt more realistic to me. For other needs or intents, the "reveal" or incursion of the face might not be as useful.

Personally, matching linebreaks and word choices to a face and a voice always enhances my poetic experience, since poetry is expelled from a body, not from a conceptual vacuum of ideation or whatever. I also feel like hearing how people read their own lines also helps me gain a fuller understanding of the work, for better or worse.

What is the relationship between your body and your poetry?

What's the most difficult thing about containing a chimera?

This answer is annoying but bear with me. I really like the chimera as a metaphor for the dangers of uncritical hybridity. When I vomit the chimera out in that poem, I am trying to question western society's claims about the inherent value of difference, which conceal the globalized inequality and violence on which the convenience and drama of our lifestyles rely. I am also trying to dismantle this antiblack fetish for the mixed child which affixes people like me too commonly into a tragic mulatto narrative, "not fully in either world" or whatever.

Do you have a personal relationship with the abyss? Do you think there are more than one version of the abyss--perhaps one for each of us--or is it a universal experience?

But really, I think this question is sort of difficult, since even if the encounter with the abyss is universal, every person deals with life's meaninglessness in a different way, based on their access to resources, cultural context, epoch, etc.

Do you think, then, that there can be such a thing as a universal experience?

I personally do, but what's more interesting to me is this - what actually changes based on whether someone does or does not believe there are universal experiences? We know from daily life that either way, language more or less works, and good and bad things can get done, so really, what difference does it make whether universality is just another tool/trick of language or the undergirding support without which language would be impossible?

In what way(s) is exile a game?

In the same ways that language is a game, I suppose.