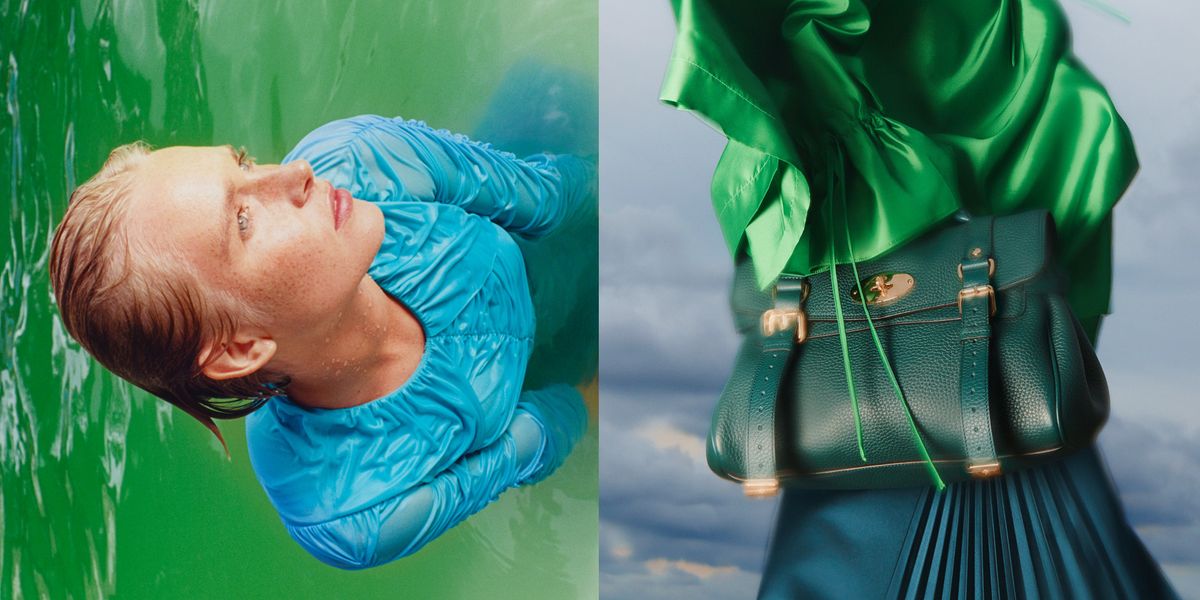 The early 2010s were a prosperous time for It-bags, the status symbols that were on the arms of nearly every starlet and suburban housewife alike. Carrying over its momentum from the decade prior, the period ushered in an era of more recognizable styles you couldn't escape like Celine's Luggage tote, Proenza Schouler's PS1 and Mulberry's Alexa bag.

The latter, a satchel-like style named after British model and perennial It-girl Alexa Chung (the brand's design team was inspired by a vintage Mulberry briefcase she would often carry), got a boost not only by its fashion namesake but through placements on shows like Gossip Girl and associations with style icons like Kate Moss.

It's only fitting, then, that the style is being relaunched for a generation of shoppers (and for admirers who couldn't get their hands on one the first time around). Following recent revivals like Dior's Saddle and Fendi's Baguette, Mulberry is bringing back the Alexa with very few tweaks — its signature hardware, locks and relaxed shape are still present, but materials are updated with new sustainable updates, such as leather from gold standard and eco-friendly tanneries.

The relaunch also consists of new colors like bright punchy neons and soft neutrals, while its trio of sizes are a nod to the original Alexa collection: Mini, Oversized and Classic. And in keeping with the ongoing nostalgia wave, one of Chung's personal Alexa bags will be featured in the Victoria & Albert Museum's upcoming "Bags: Inside Out" exhibition (Mulberry is a sponsor) as part of the section on the It-bag renaissance.

The new Alexa bags will be available in Mulberry stores and at mulberry.com on November 2, while "Bags: Inside Out" will open at the V&A Museum on November 21.