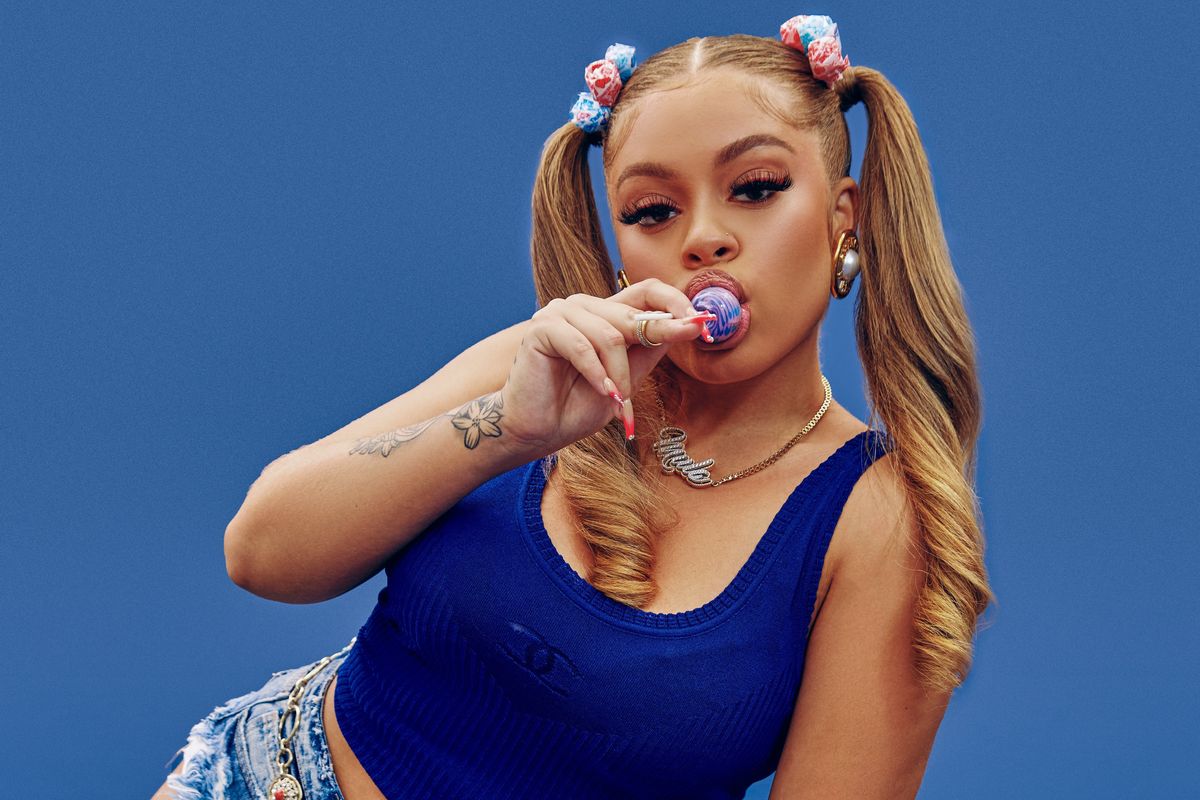 "Make 'em give me brain in the front seat of the hummer," raps Mulatto on "Muwop," her new Gucci Mane-assisted single, out today. Why? "Cause I'm a very freaky girl/ Get it from my mama," she continues. Ever since appearing in 2016 on The Rap Game, the 21-year-old Atlanta-bred artist has been successfully making a name for herself, loved for these types of charged, in-your-face lyrics.

After releasing in 2019 her six-track Hit the Latto EP, featuring Saweetie and Trina, Mulatto has been busy dropping singles under her new label, RCA Records. "No Hook," "He Say She Say" and, now, "Muwop," have all contributed to Mulatto's whopping 142 million streams to date, and will ladder up to her project, coming later this summer.

In the music video, a woman playing Gucci's mom jokes that he can't afford a girlfriend, but especially not one like Mulatto. "I don't sell pussy, but this ain't cheap," she warns, slithering around a mansion in a feather boa, and surrounded by prospective lovers who're on their knees and giving her friends pedicures.

It's fitting that Gucci has a guest verse on "Muwop," since the chorus of Mulatto's new single flips his own 2006 Hood Classics hit, "Freaky Gurl." On the original, Gucci raps, "She a very freaky girl, don't bring her to mamma [...] Then you get some brain, in the front seat of the Hummer."

"I really can't believe I have a song out with my favorite rapper," Mulatto says of her collab with Gucci. "This is such a dream for me. Making this was so special, I just want to thank God. Can't wait for y'all to see what's coming next."

Watch the PAPER premiere of Mulatto's "Muwop" video, featuring Gucci Mane, and stream the track, below.