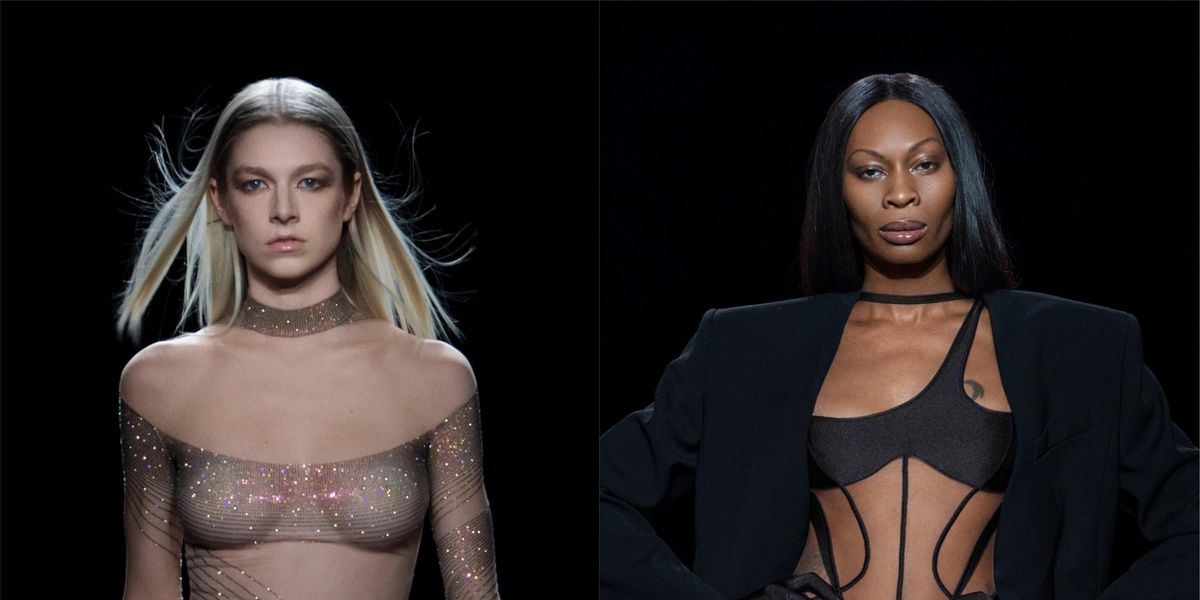 By now, most of us associate Mugler with the sexy sheer bodysuits worn by practically every pop star and performer from the past year and half, from Miley Cyrus to Dua Lipa. (Actually, it's hard to pick out who hasn't donned his signature contoured catsuits lately.)

But since taking over the storied French house in 2018, creative director Casey Cadwallader has also made it a point to showcase a breadth of body types and gender identities on his runways, not unlike founder Thierry Mugler did during his splashy era.

The 7-minute video for today's collection was filmed entirely backwards and shows Hadid doing backflips, Wek spinning out of control and models getting soaked in the rain. (Several stunt doubles were used to perform the acrobatic tricks.) "For me, all bodies need to be designed for, not just skinny bodies, although, even skinny bodies sometimes have a bigger butt or boob," he told Vogue. "The clothes help you out with that instead of making you feel bad for having them. I'm celebrating different body shapes."

Last October, the brand showed Part 1 of the Spring 2021 collection — a part-CGI film with Bella Hadid as a flying pegasus on the Paris landscapes — which acted as a prelude to the collection you're seeing here. From here on out, Mugler is showing on a see-now-buy-now format, with this entire Spring collection hitting stores shortly.