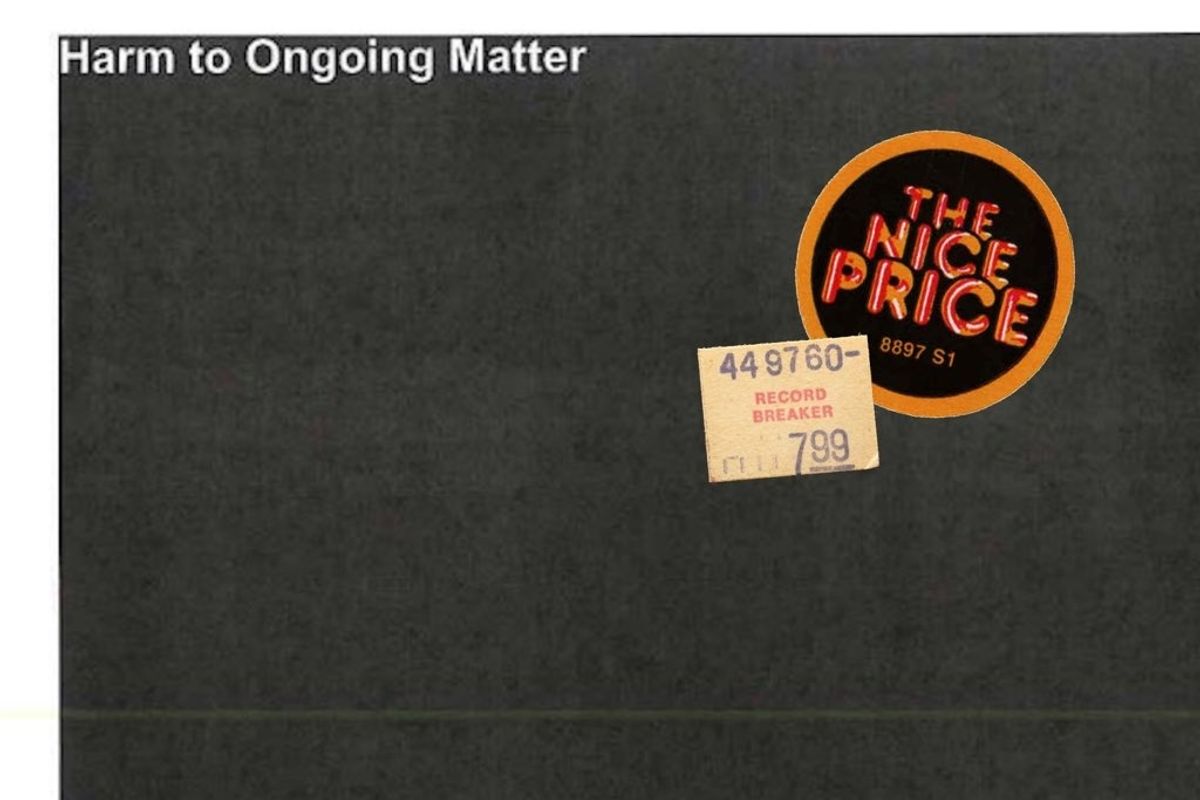 As of today, we're all free to read the Mueller report's findings about possible Russian interference into the 2016 presidential election. Well, parts of it, at least.

You will recall that special counsel Robert Mueller handed in his 400-page report detailing Trump's alleged collusion with Russia to sway the 2016 presidential election about a month ago, disappointing many by proclaiming that President Trump did not collude with Russia — or at least, that there exists insufficient evidence to legally suggest so. In the weeks since then, Justice Department officials have been combing through the lengthy document to redact any information too sensitive to be made public.

The redactions seem stupid, but I regret to announce that they also… look kind of cool. The blocks of gray are suitably gloomy for this particular political moment, and the text "Harm to Ongoing Matter" wouldn't look out of place on the cover of an independently released noise band EP. (Another good EP name would be "Obstruction of Justice," but Mueller apparently doesn't agree.)

Twitter is all over this, naturally. On an otherwise frustrating day, please enjoy our favorite reactions, below.