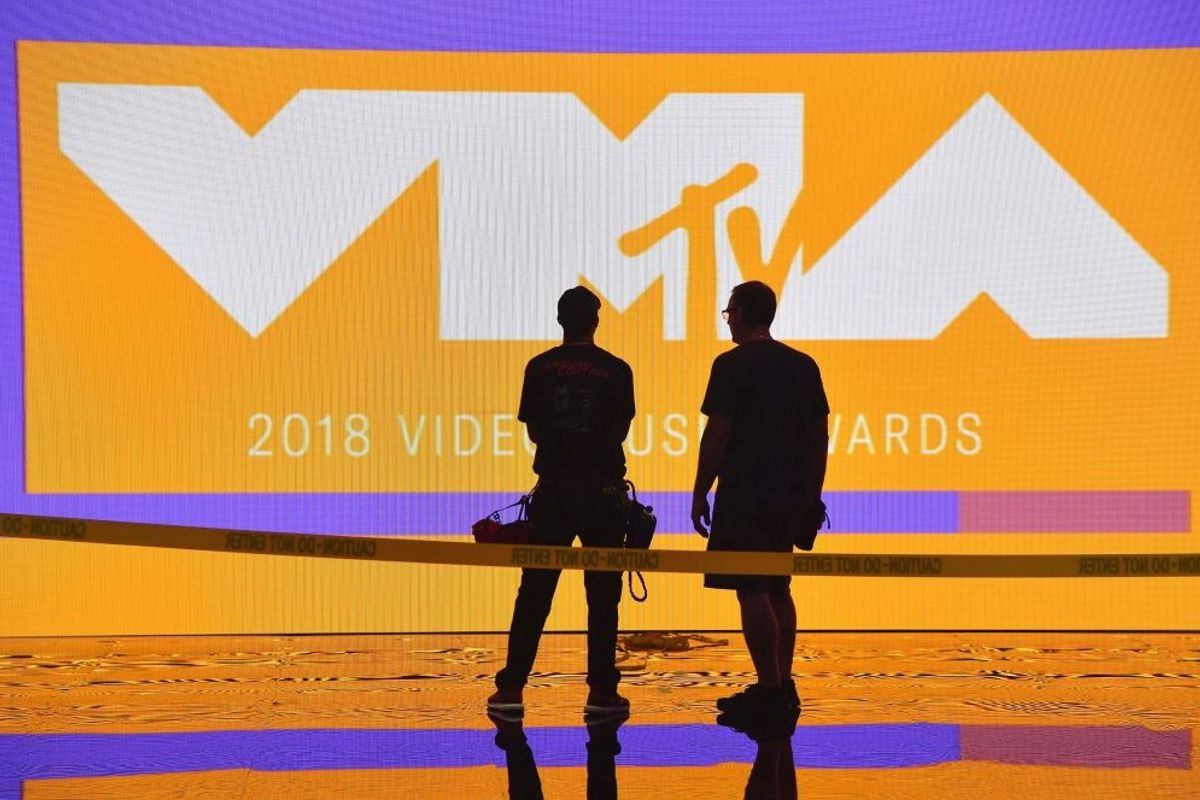 The 2018 MTV Video Music Awards is going live on Monday night without a host. Entertainment Weekly has confirmed the news from an MTV representative.

But this isn't the first time the VMAs decided to do away with a traditional emcee. Back in 2016, they also went host-less before Katy Perry took over at the 2017 awards ceremony. Still, this year's roster of presenters is sure to keep the audience entertained. The lineup includes Tiffany Haddish, Millie Bobby Brown, Amandla Stenberg, and the Backstreet Boys. Ariana Grande is also expected to perform "God Is a Woman," and of course J. Lo's Michael Jackson Video Vanguard Award performance is sure to be explosive.

Here are some sneak peak photos to get you hyped for tomorrow night's ceremony at Radio City Musc Hall: