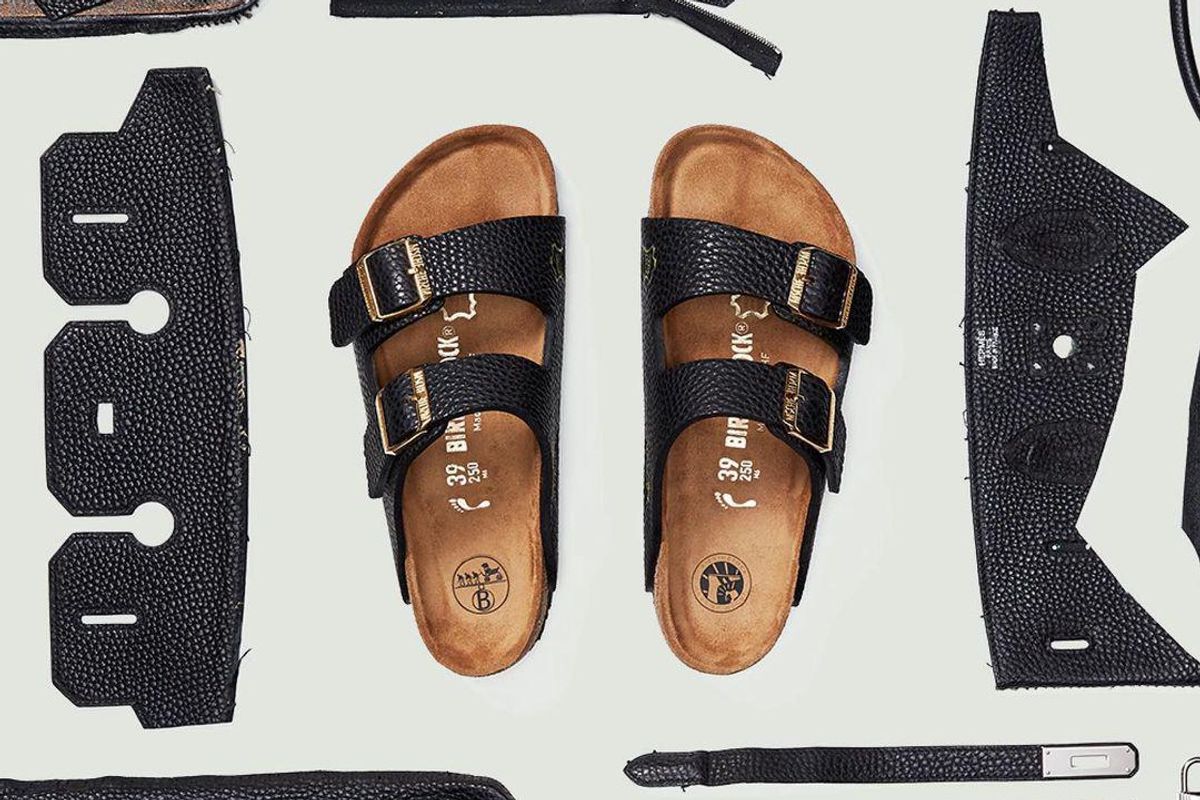 MSCHF Put the Birkin in Birkenstocks

The original "it" bag, Hermès' iconic Birkin, has long transcended its role as a mere accessory. A status symbol and collector's item for the excessively rich, the Birkin holds a sacred place in the annals of fashion as one of the most coveted bags of all time.

On the other end of the spectrum, the Birkenstock has had a markedly less revered relationship with the fashion world. Once sidelined along with the likes of Crocs and Tevas, the comfy cork-soled sandal has benefitted from the fashion's love of "ugly" shoes, resulting in collabs with Valentino, Rick Owens and Opening Ceremony. Even then, it's not like people are throwing down fat stacks of cash for the mere chance to get their hands on a rare pair, but maybe that's about to change.

True to their abbreviated namesake, Brooklyn collective, MSCHF, has finally done what we've all been secretly hoping someone would do for quite some time now and made a pair of Birkenstocks out of a genuine Birkin bag. Only having to change a single letter, the Birkinstocks are made from the original sandal's cork and rubber sole and a leather strap fashioned from a chopped up Birkin.

If you're able to stomach the idea of dissecting one of the most expensive bags ever sold for some joke fashion — which according to the New York Times, two Brooklyn leather shops were so scandalized by the notion that they refused when approached by MSCHF — a pair of Birkinstocks will still set you back anywhere from $34,000 to $76,000. Made from one of four bags the collective purchased off of resale sites, the sandals are made to order and come in ostrich, taurillon clemence and two shades of crocodile.

When inevitably asked as to why they would commit the fashion equivalent of sacrilege, MSCHF's Lucas Bental explained "Birkin bags are like a cultural meme, a symbol for a certain kind of wealth." By mashing up the extremes of high and low culture, the collective hopes to question the way society arbitrarily attributes wealth to certain objects and not others. "We really think nothing is sacred in our material choices. Normally, no one would touch a Birkin," said another creative director, Kevin Wiesner.

So far, MSCHF has already sold pairs of Birkinstocks to Future, Kehlani and an unnamed art collector and they plan on keeping a pair for themselves once all is said and done. The collective is no stranger to success: MSCHF's previous endeavors, the Jesus Shoe and 88 Holes (a Damien Hirst dot painting that was cut up and sold as separate pieces), were both instant sell outs and there's no reason to believe that the Birkinstock wont be as well.