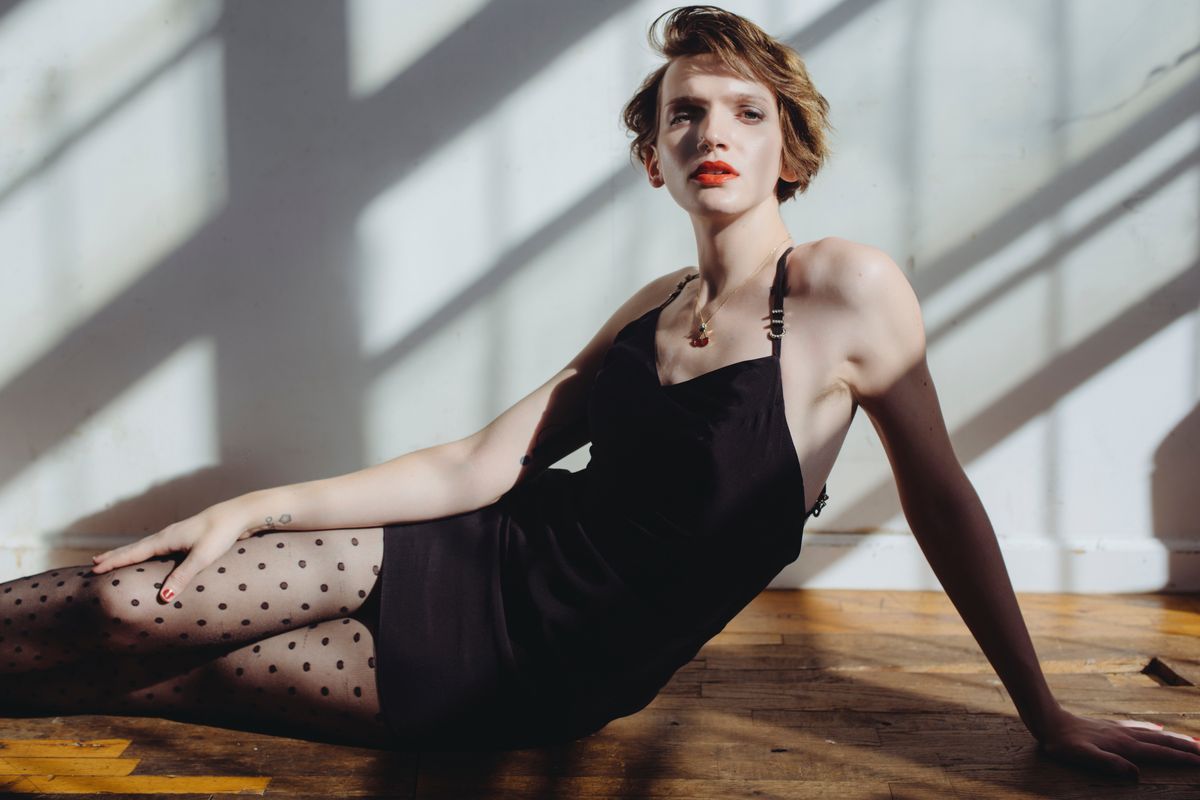 Ms. White Is Letting It All Go

Our initial introduction to Ms. White might have come at the recent announcement of queer label Flat Pop Records, but the label's flagship artist has made music since she first discovered trailblazing talents from Amy Winehouse to Erykah Badu.

Ms. White's eclectic sound is inspired by the music she loved as a young trans girl growing up in Baltimore, from ragtime and video games soundtracks to the jazz sung by revolutionary women she admired later on, as heard on her 2017 EP, Jade.

Ms. White's most recent, ultra-sexy single "Jaded" features booming trip-hop beats, a robust string section, and a voice that feels timeless. The song's lyrics capture the complex Ms. White's feeling of being scorned in love, while realizing that she too, plays a part. The Peter Walker-directed video, premiering today on PAPER, makes literal the many parts she plays. "If we're not exclusive then why are we doing this?" she wonders, caught in a vicious cycle.

For the "Jaded" video, Ms. White attempts to shed the shame of her trauma by letting loose. In the video, she is shown dancing and writhing in varied scenes, from beach to NYC rooftop. Though she wears the same look, through movement, Ms. White embodies the multiple personae humans adopt, whether they are making ill-fated relationships work or sorting through unpredictable trauma.

"There is a moment in every person's life when we have the opportunity to recognize we're in our own way," Ms. White explains. "It's easy to recognize when other people or circumstances have hurt you, but it's difficult to discern — let alone admit and accept — that sometimes you are the problem. 'Jaded' is a dedication to the moment I realized that I had let life get the best of me, and I let the fear of addressing tragedy and trauma seep into my actions."

In that aspect, the video also acknowledges her New York home, and its inherently Darwinian nature. You're either in or you're out, get in or get lost. Ms. White faces herself, flaws and all. As she says, "I wanted it to be clear that underneath the surface, art is a sensory expression of what it means to be alive. I wanted the video to capture someone finally letting go."