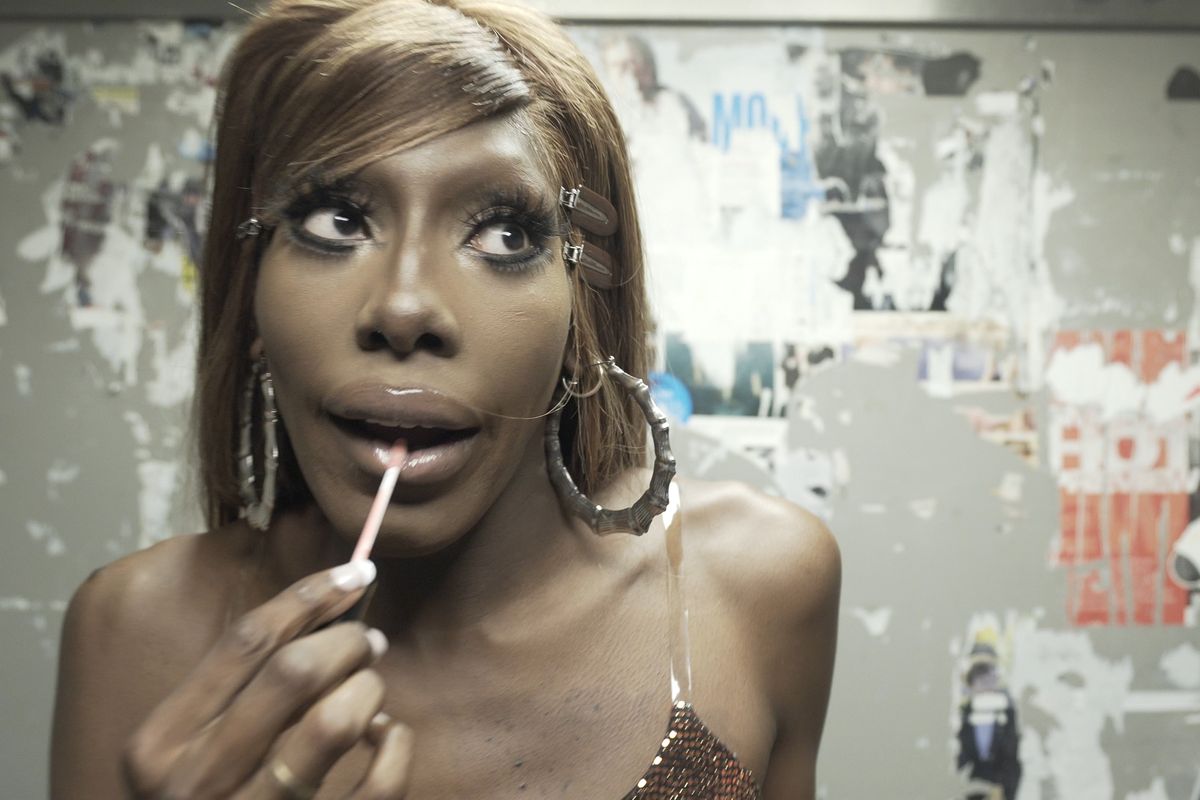 Ms. Carrie Stacks' new single doubles as a deeply personal mantra. "I've been runnin' too long," the London-based artist sings, her voice echoing and atmospheric. "I'm tired, I'm done," she admits, before pivoting to a positive: "I've got to switch it up/ I've gotta change the rhythm."

As the second single off Stacks' forthcoming debut album, Q&A, "Runnin'" is something she's been repeating back to herself, especially through the process of transitioning. Stacks leans on the lyrics when faced with "any crossroads" or "any dead end," reminding herself the importance of moving forward as a means to changing her life for the better.

"When ridden with self-hate and dysphoria, the only way through is to progress," Stacks tells PAPER. "In transitioning, part of that is daunting, but overall brings the ultimate: Peace and harmony."

The accompanying music video, directed by Stacks' friend Yasser Abubeker, captures this balancing act between escaping yourself while running towards a newer, more realized version of yourself. She's filmed in the dark, jogging alone — at once vulnerable and self-assured. In one scene, Stacks dramatically grabs for an inhaler, conveniently stacked on the tunnel floor. She breathes in and continues her sprint forward.

"It's not so much a deep breath yet, but it's leading to it considering my lack of breathing skills," Stacks says. "It's the moment in one's life where humility might need to take a back seat. I have been going for some time, shy and hidden. Something's gotta give, something's gotta change."

"From the first week of [Hormone Replacement Therapy] HRT, I felt a new level of peace," Stacks says of this release. "The video is cute... It's cute to see all of me, flawed and flawless."

On Instagram, she celebrated this "spiritual collaboration," writing that "Runnin'" marks "the beginning of a new life" for her. She continued, saying that it's important to support your friends, whether "they stay in church, hit the club or go to the mosque, get depressed, take drugs, dance badly, make messes." Most importantly, though, "when they finally figure themselves out and feel free."

Stacks' latest single follows "A Friend," which she released in 2020 with a beachy video set at dusk. Where "Runnin'" sounds desolate and intentionally chaotic, Q&A's lead effort is more expansive and full. Her vocals are run through a vocoder and its production ebbs and flows, with soaring synths and earthquake-like beats.

It's the perfect introduction to a 15-song album Stacks described to British Vogue as "chaos-ianna," and a "huge blanket for queer Black and brown bodies, with or without friends."