Day three at Pitti Uomo had me super excited for the Constellation Africa show, a group show of some of the most exciting designers working in Africa today. All four showed the depth of design talent on the African continent. Maxhosa by Laduma, from South Africa, showed all knits in modern graphic fabrics. Projecto Mental, from Angola, have shown internationally in New York, Johannesburg and Tokyo. They showed their sophisticated and eccentric takes on classic suiting. Orange Culture from Lagos, Nigeria is best known for being a semi-finalist in this year's LVMH prize and showed bell-bottoms with sheer tops. Dent De Man from Ivory Coast highlighted Africa's incredibly vibrant textiles and love of tailoring with sharply cut suits and separates in eye-popping patterns. 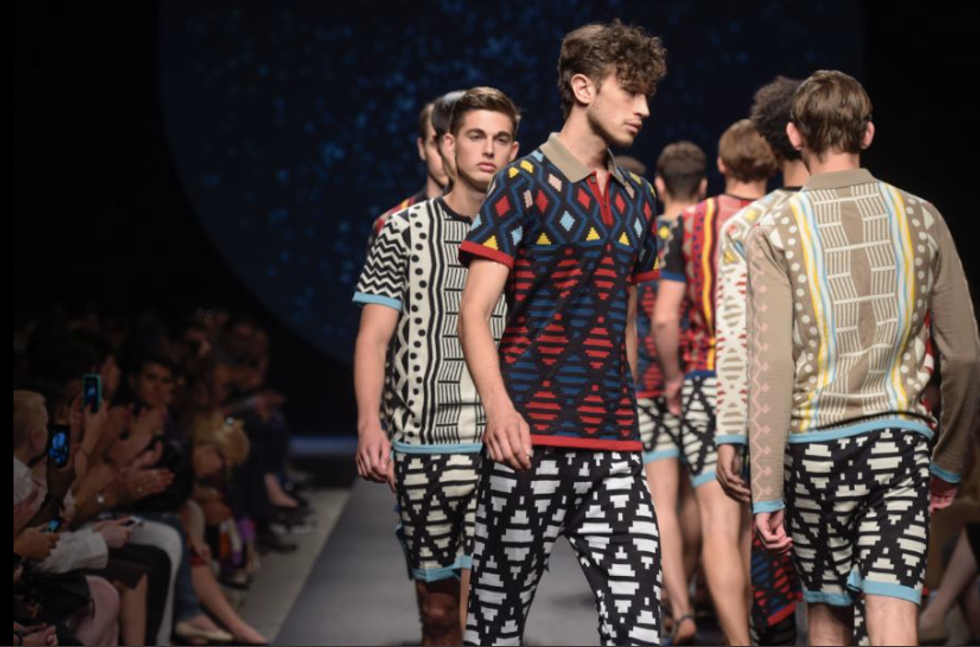 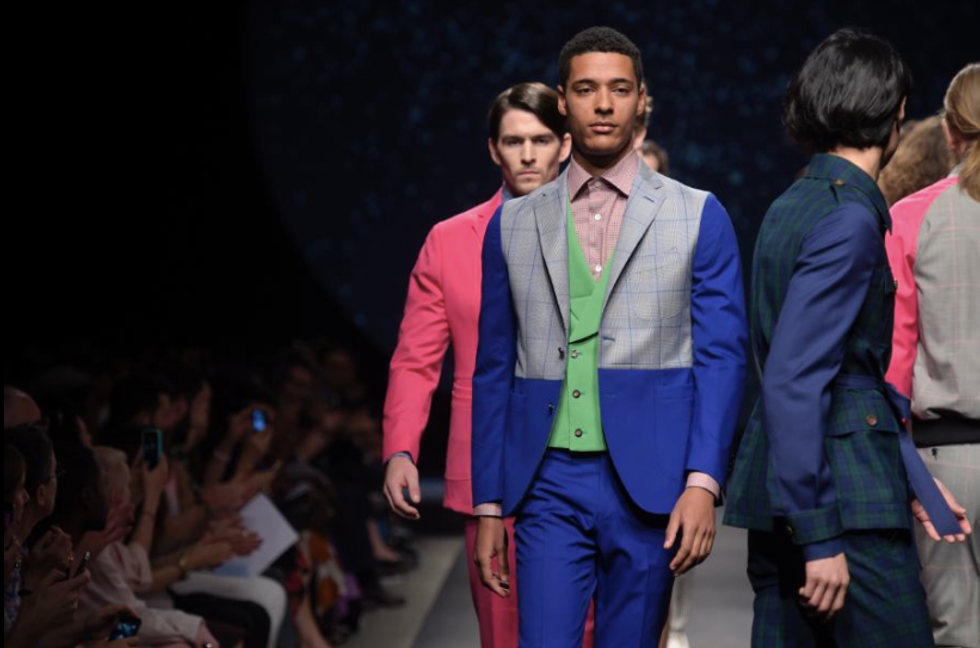 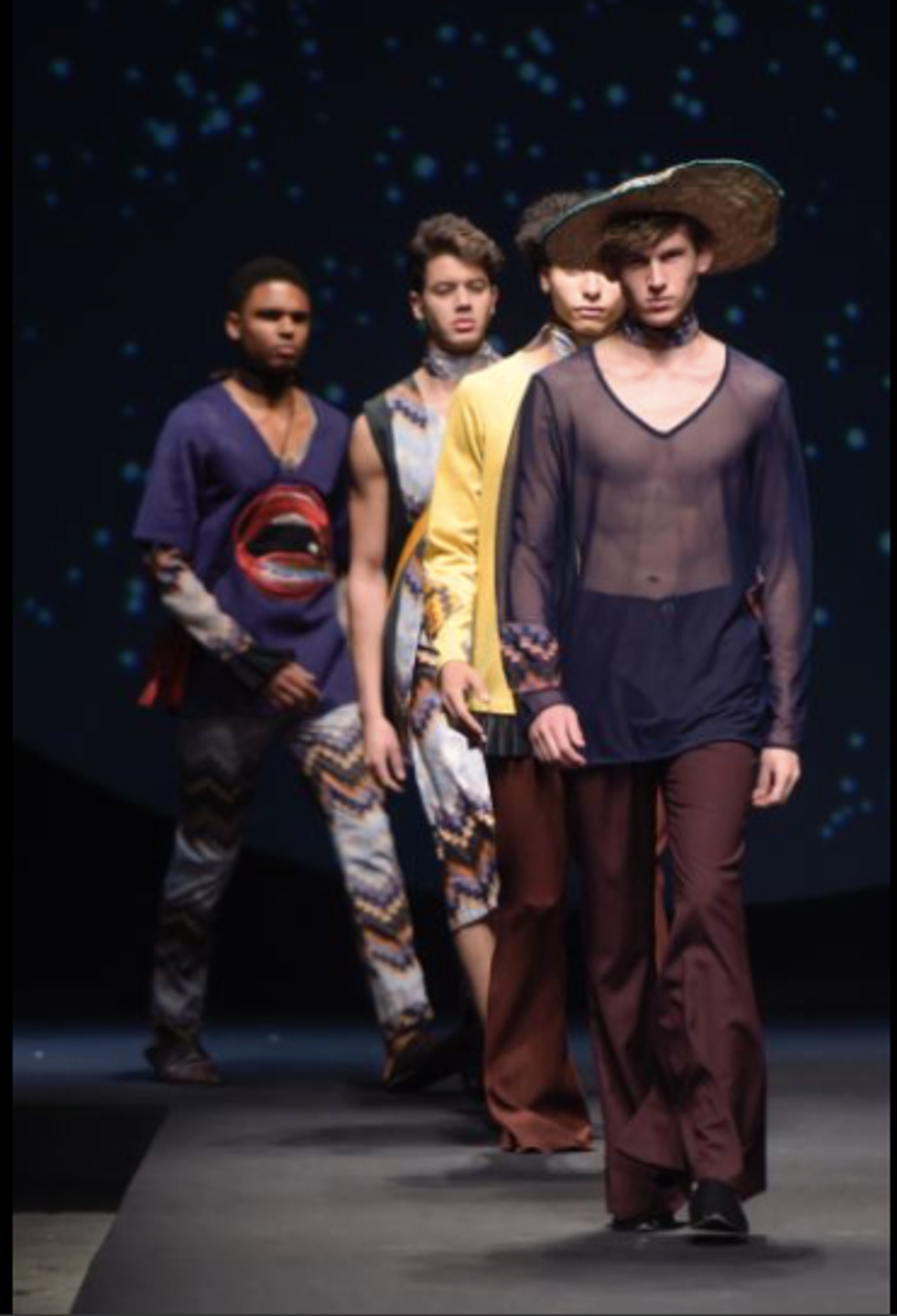 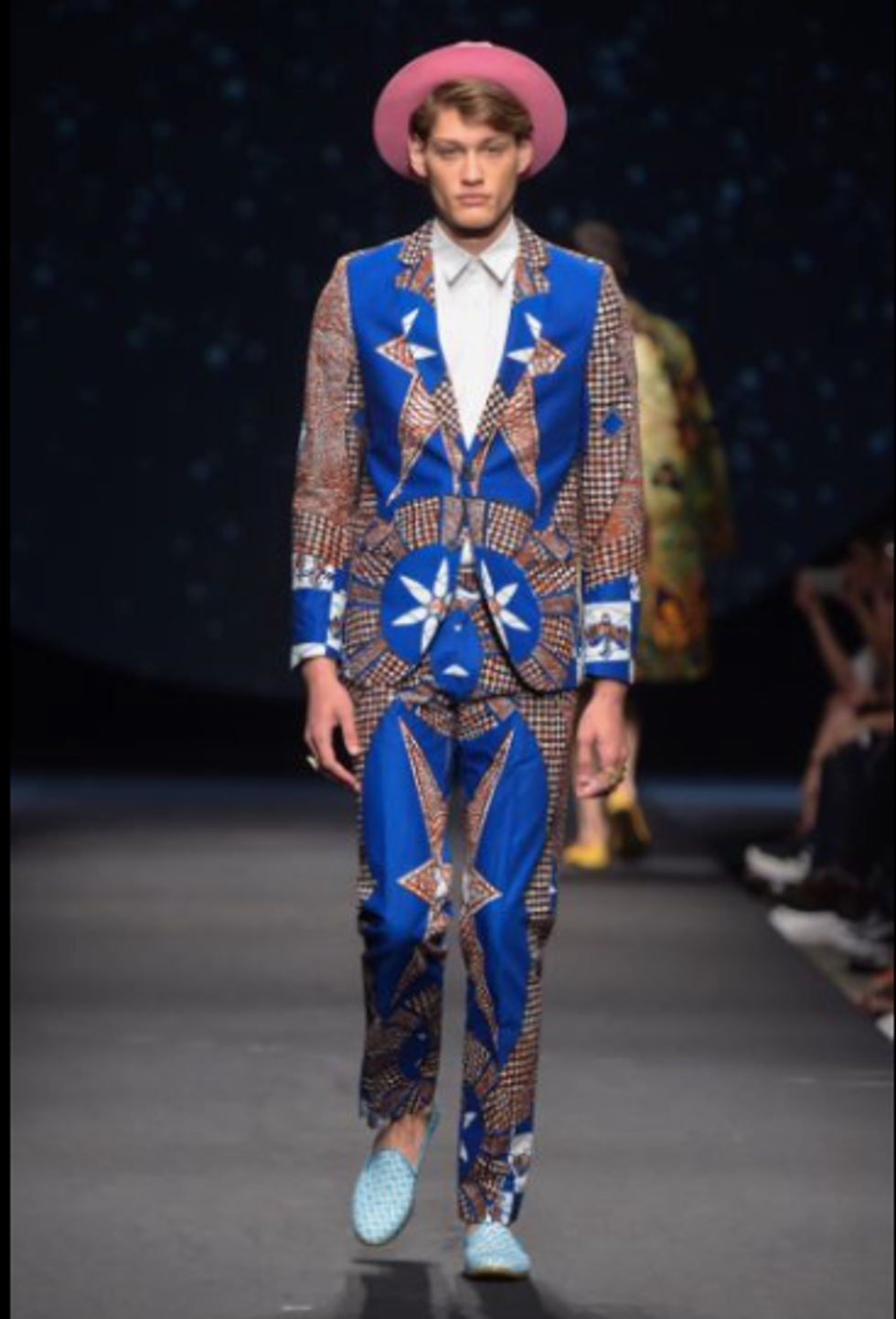 Thursday night Jeremy Scott, the guest designer here at Pitti Uomo, showed his collection for Moschino. The show as in the gorgeous baroque Palazzo Corsini which has fresco-covered walls which was a lovely backdrop for the 'Lords of Acid' show Scott showed- men with part matador/ part Louis XIV hair wearing Monsieur Beaucaire ensembles. Scott really is a perfect choice for Moschino as no other designer today embodies the late Franco Moschino's sense of fun and whimsy. After the every fashion hipster in the vicinity put on their wildest party looks and came to Palazzo Corsini for the after party. Two of Jeremy's biggest boosters, who also happen to be giant stars, Katy Perry and A$AP Rocky were there to help toast the designer and the end of a fashion and filled edition of PItti Uomo! 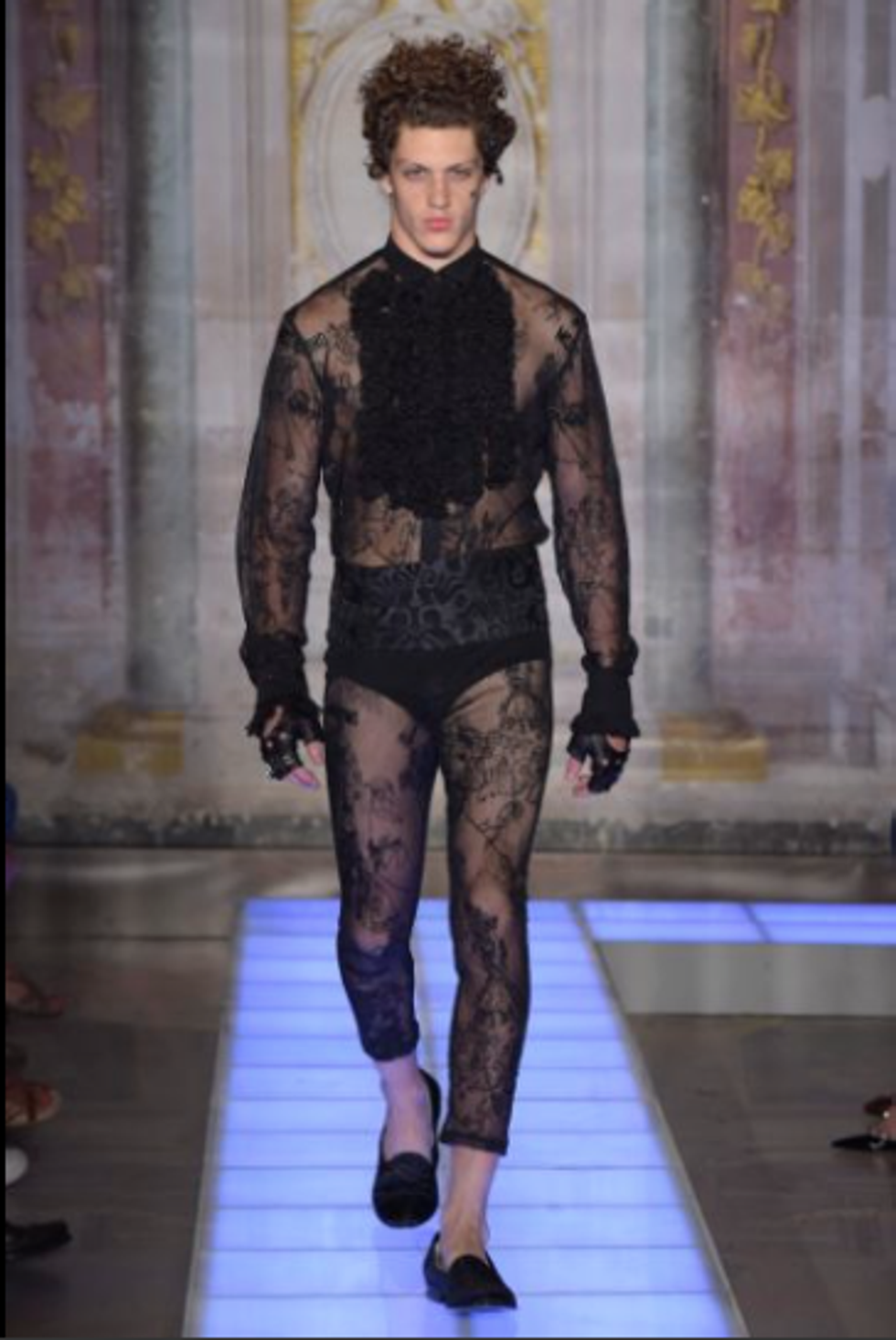 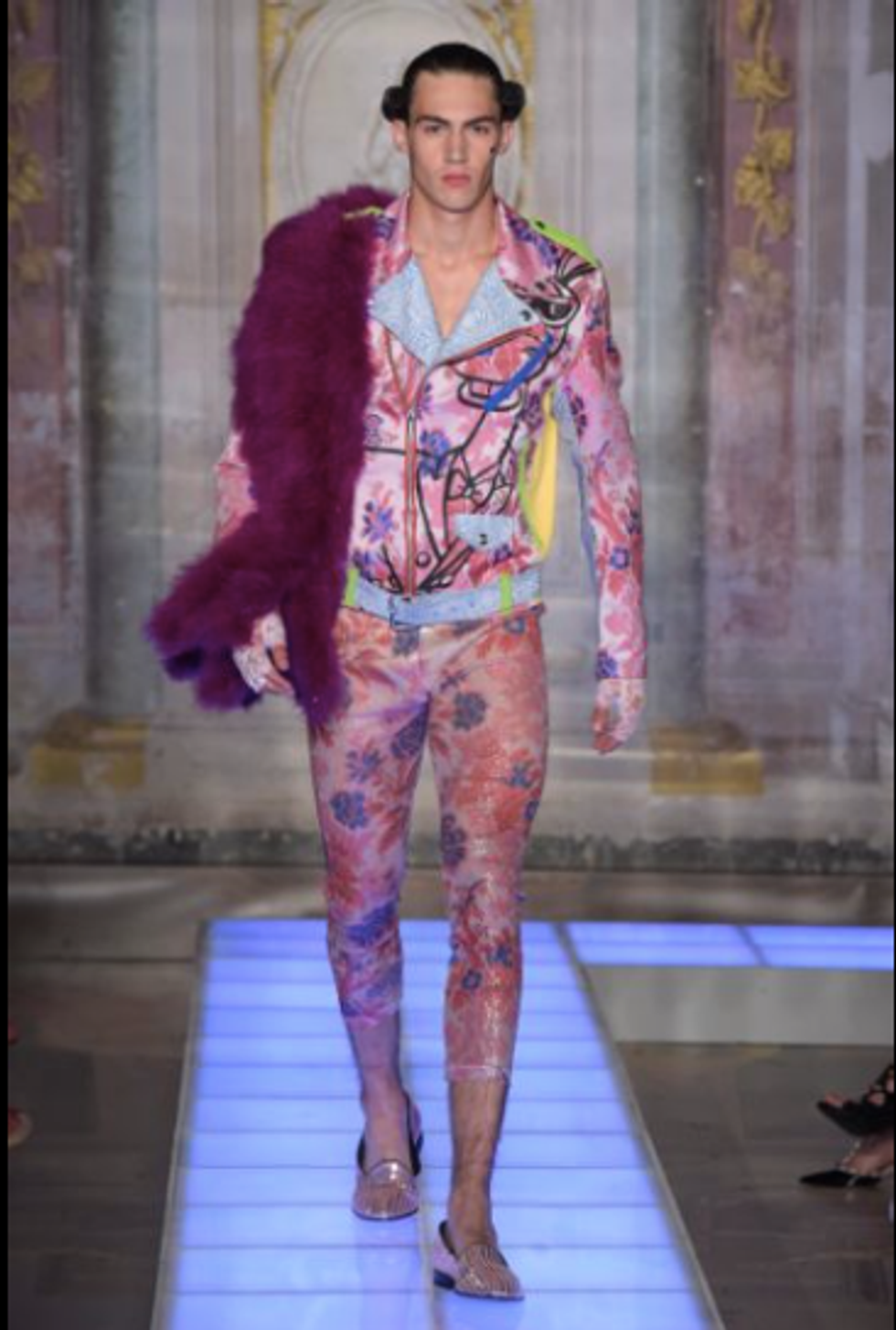 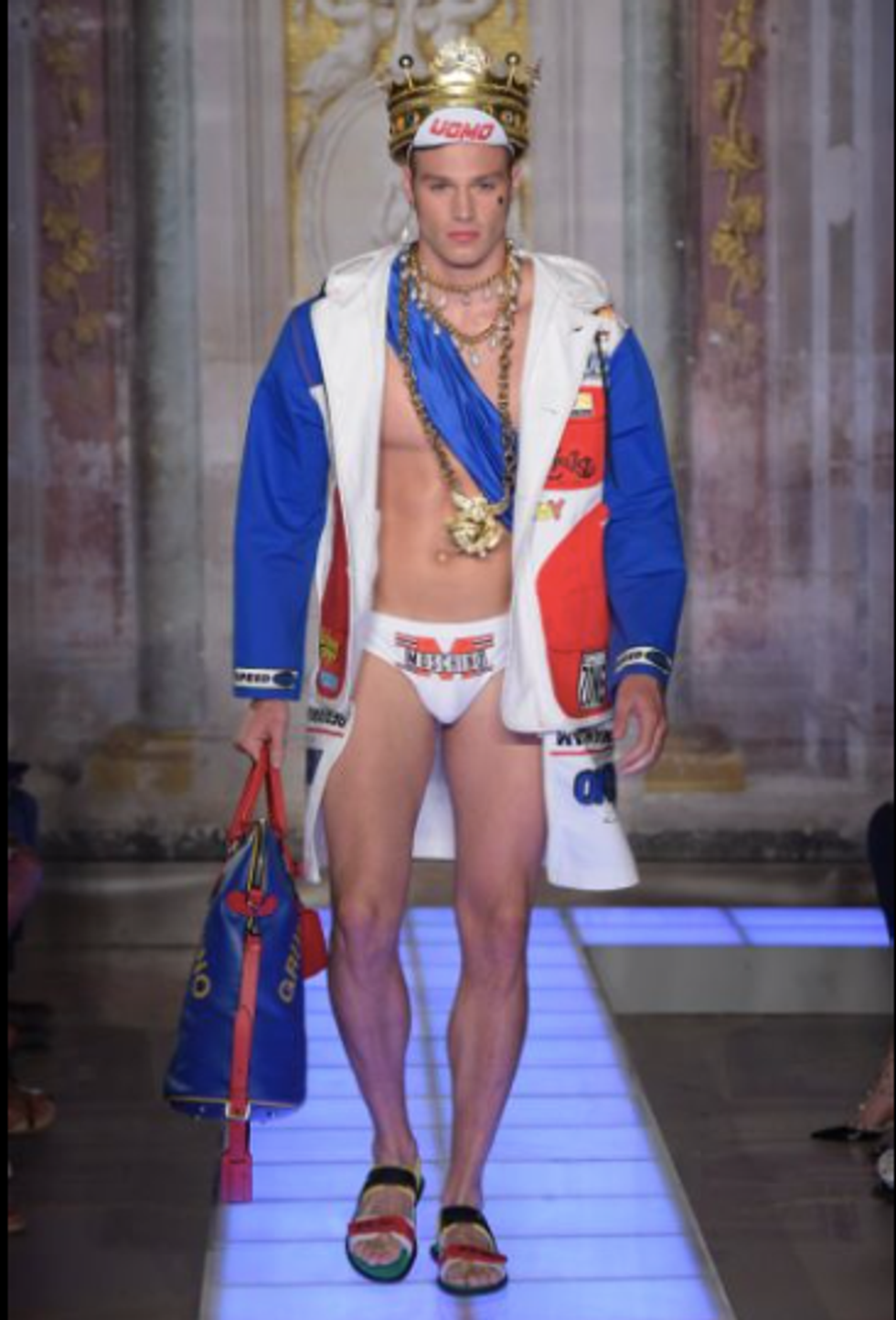