MMBloggers, you all might think Mr. Mickey spends his time in the chic neighborhoods of Manhattan when not jetting off to the glamour destinations like Paris, Rome and Mumbai. Quite the contrary, Mr. Mickey likes exploring places off the beaten path which brought MM to Jackson Heights this past weekend for Queens Gay Pride! MM's very dear friend, retired showgirl Lurleen Wallace Yamaguchi lives in JH and hosted a charming and lavishly appointed brunch on the designated day. MM was shocked that there was not ONE single go-go boy in man panties in the entire parade and frankly that was a refreshing change! The parade was filled with LGBT cuties of many nations -- particularly Latin America (check out the cute Mexicans and Peruvians in the photos). There were also several floats from Lesbian clubs in Queens and it was fun seeing the sisters doing it for themselves. MM's two favorite shots are the wheelchair bound smoker with rainbow flag and the super sexy Indian cop -- this is Jackson Heights home of Little India, after all!!! 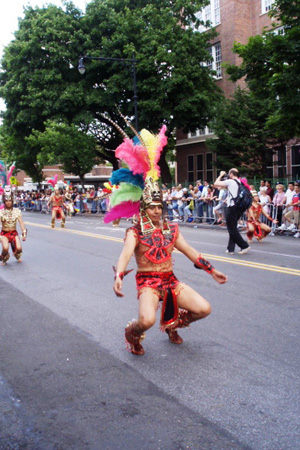 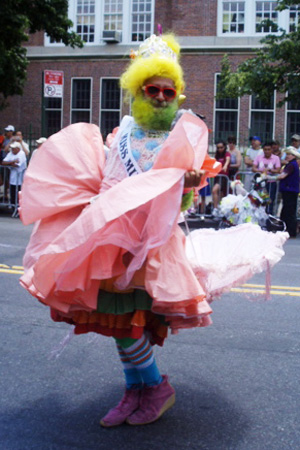 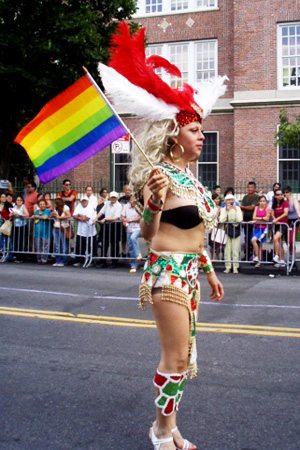 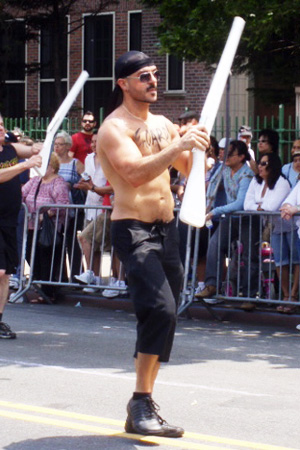 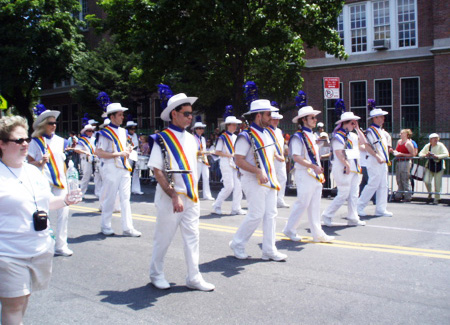 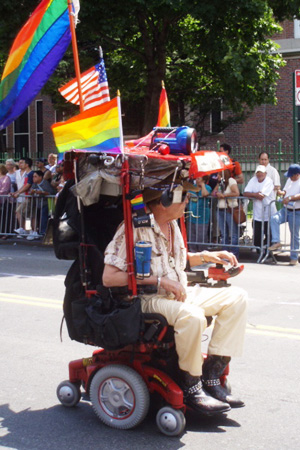 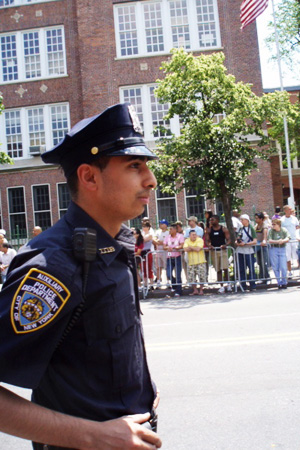 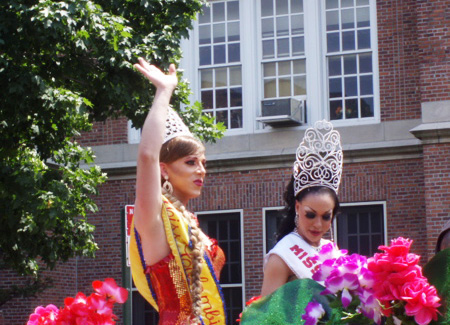 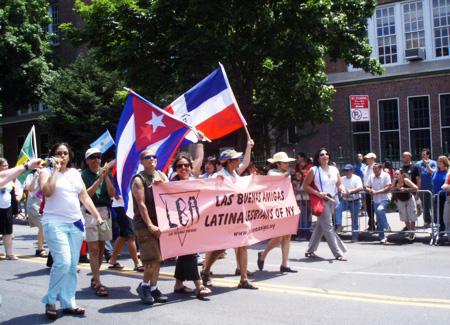 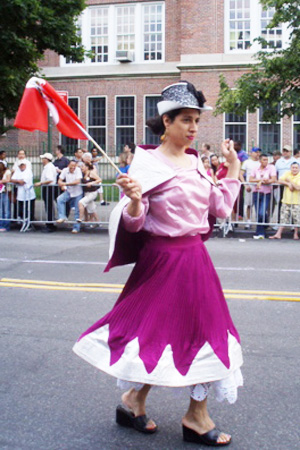