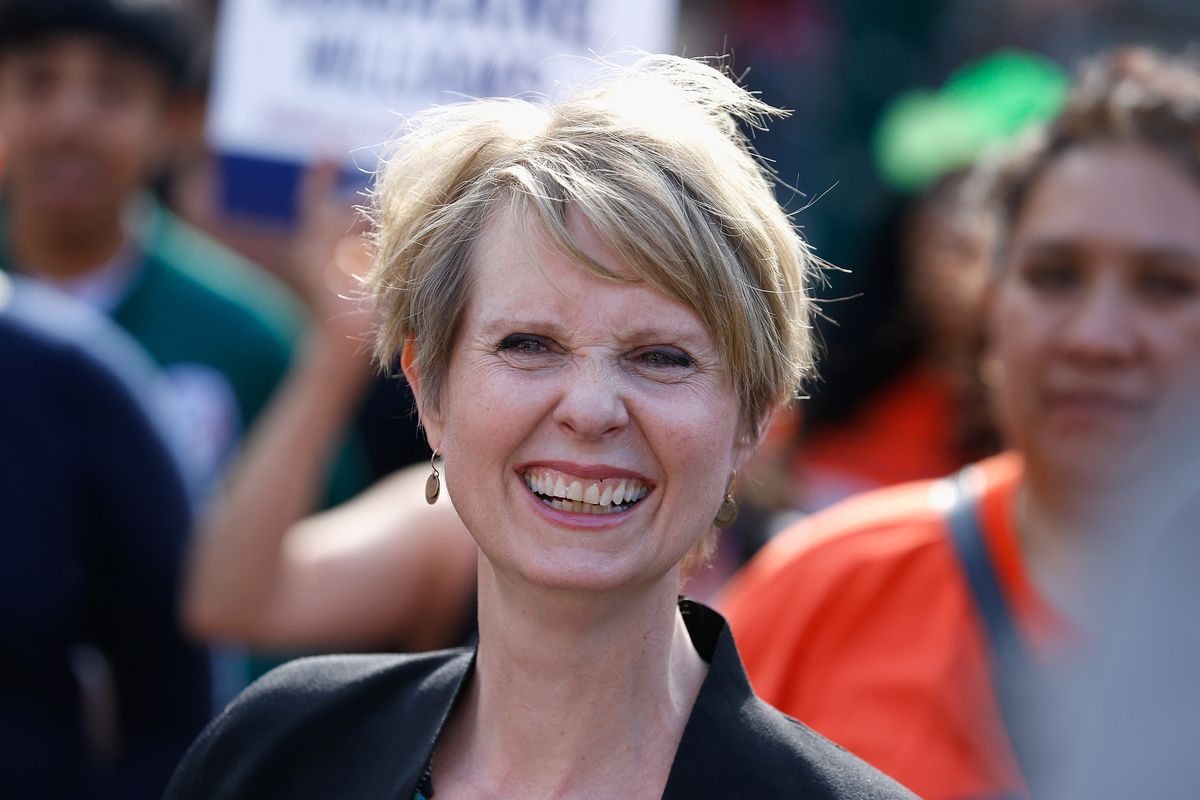 Chris Noth, aka Sex and the City's Mr. Big, has officially supported Cynthia Nixon's bid for governor of New York. Big and Miranda never really got along, but Noth donated $2,500 to her campaign in a show of IRL support. Perhaps they warmed to each other after John James Preston made that completely out of character trip to Paris (I maintain that the movies are not and never will be canon).

Many of Nixon's SATC co-stars have endorsed her. In a very Charlotte move, Kristen Davis was first, and Sarah Jessica Parker followed up 10 days later with an Instagram post. David Eigenberg, who played Nixon's on-screen boyfriend Steve, and Lynn Cohen, who played Magda (lover of pies, hater of vibrators) have also voiced their support. Besides this shady tweet, Kim Cattrall has remained quiet.