Every year around this time, the studios trot out their Oscar and Golden Globe hopefuls and I always greet them with trepidation. Usually they're lumps of coal and a bunch of mawkish, but well-acted, hooey. So here's a rundown of what's new for the holidays and what's worth seeing: 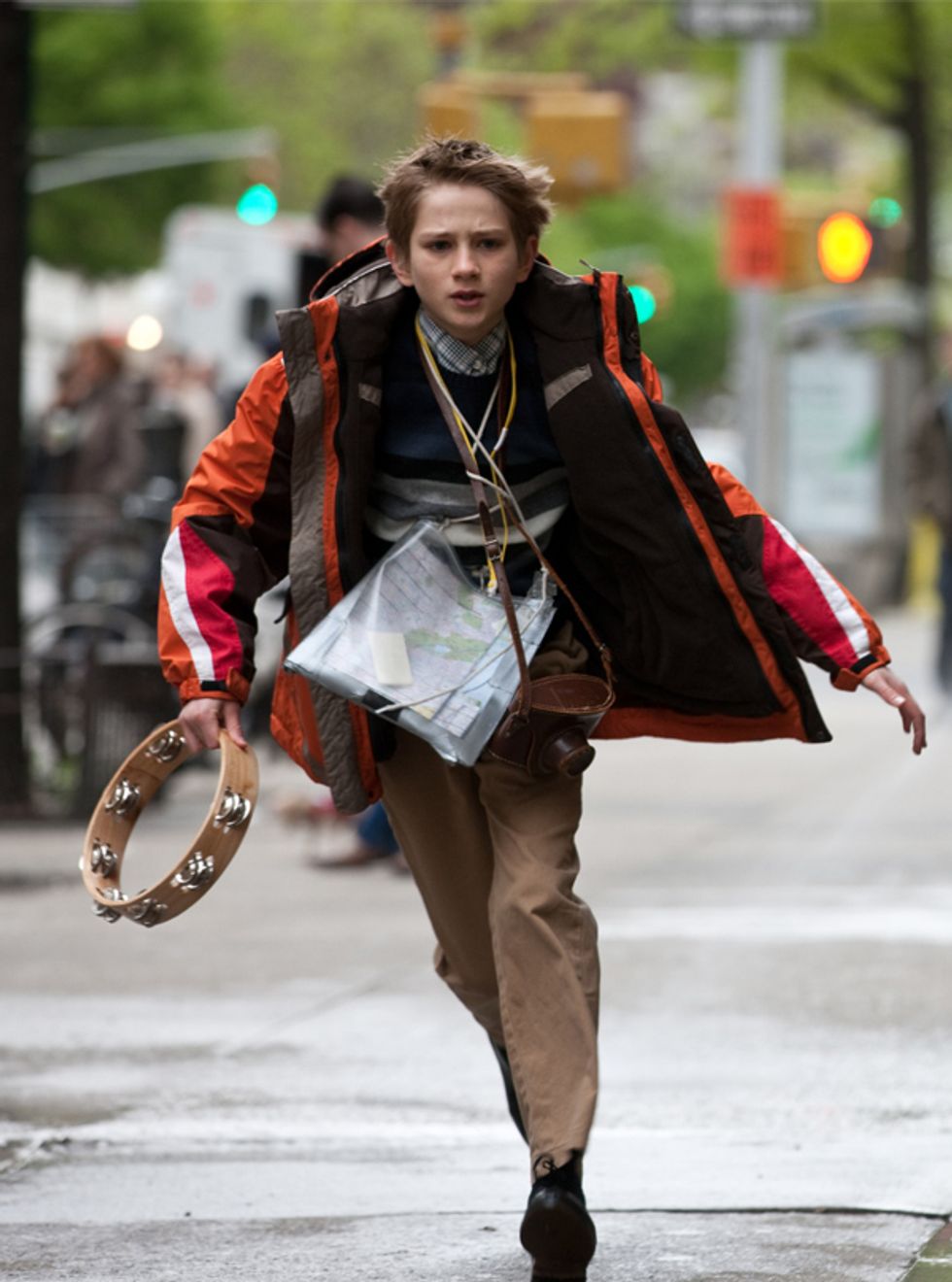 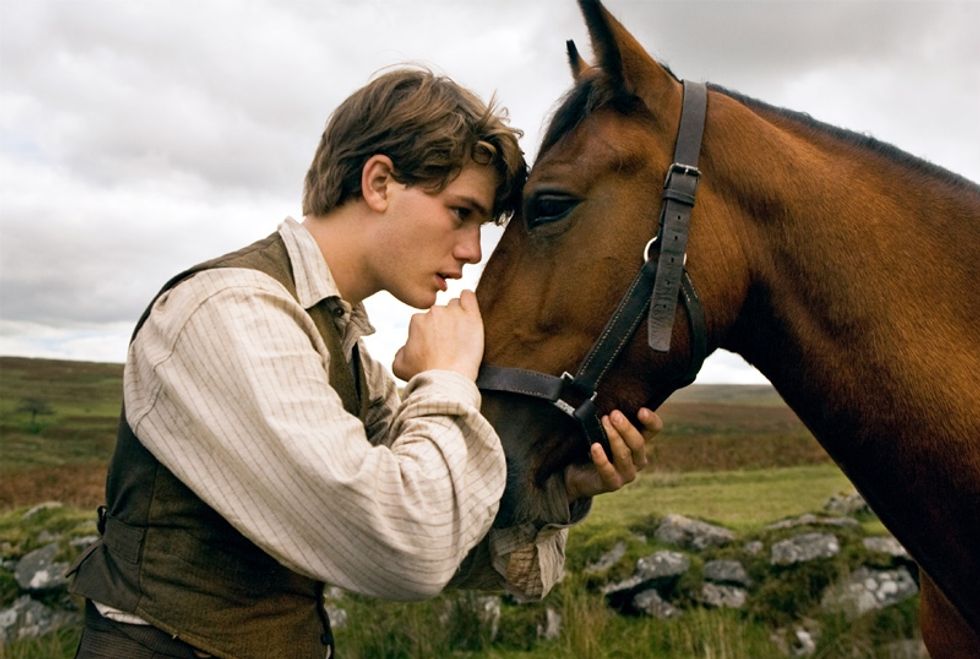 War Horse
I prayed for the glue factory. Every shot is so seeped in movie history (John Ford, Victor Fleming's Gone With The Wind, etc.) that there was no room to breathe. I'll take Francis The Talking Mule. Or this SNL skit. 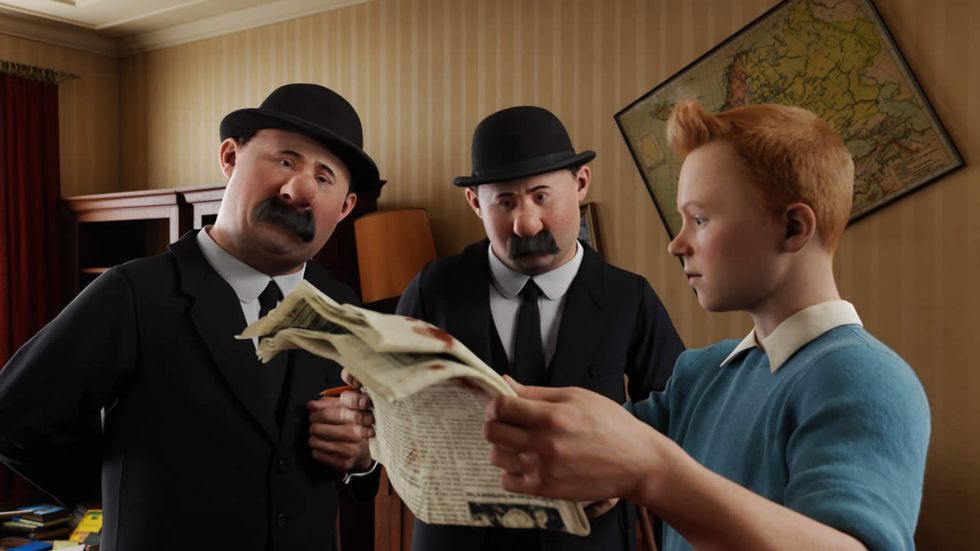 The Adventures Of Tintin
Frenetic and exhausting. And that weird animation was slightly creepy. I did, however, like Tintin's hair, which reminded me of the semen cowlick in American Pie.

Shame
Michael Fassbender's penis rules in this dour tale of a sex addict. The movie made me incredibly nostalgic. 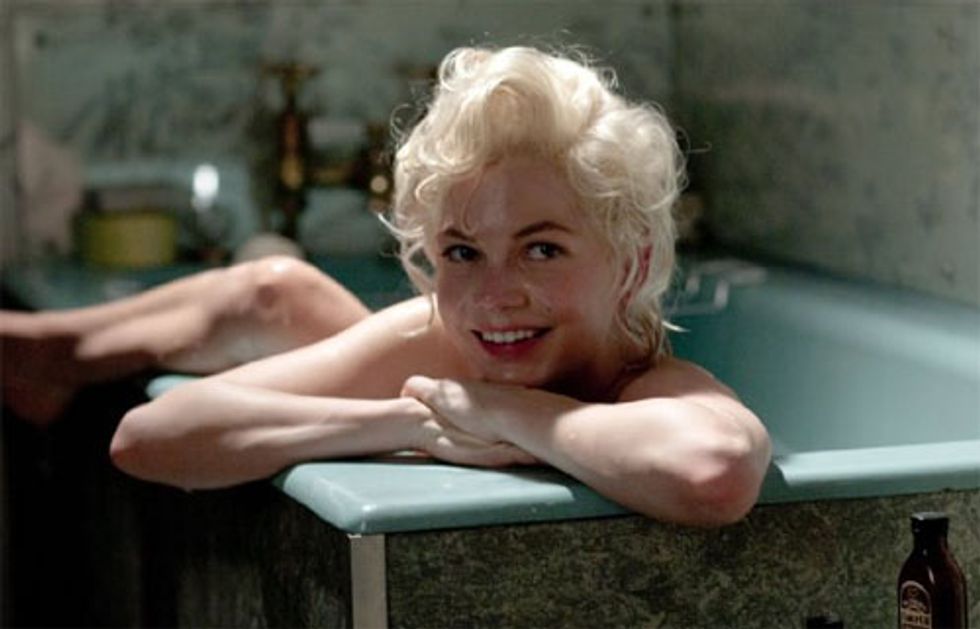 My Week With Marilyn
A pleasant surprise. You have to give Michelle Williams credit for even attempting such an impossibility, but she did manage to capture a lot of the earthy vulnerability and sensuality and sadness. 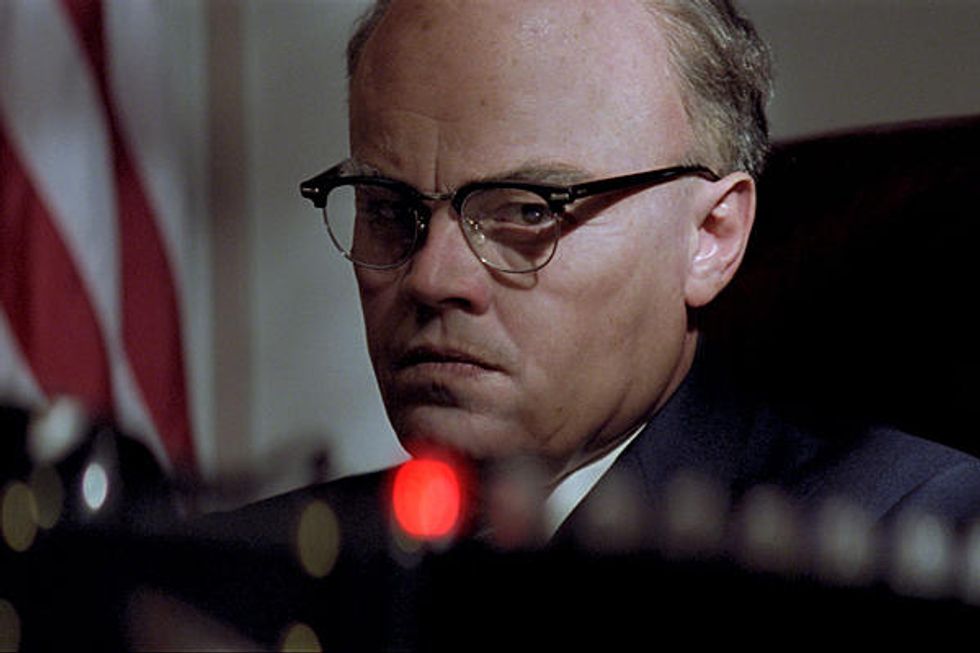 J Edgar
I didn't buy it. I thought Leonardo DiCaprio was fine, and Armie Hammer is pleasing on the eyeballs, but it was melodramatic and hokey to me and the structure was tiresome. 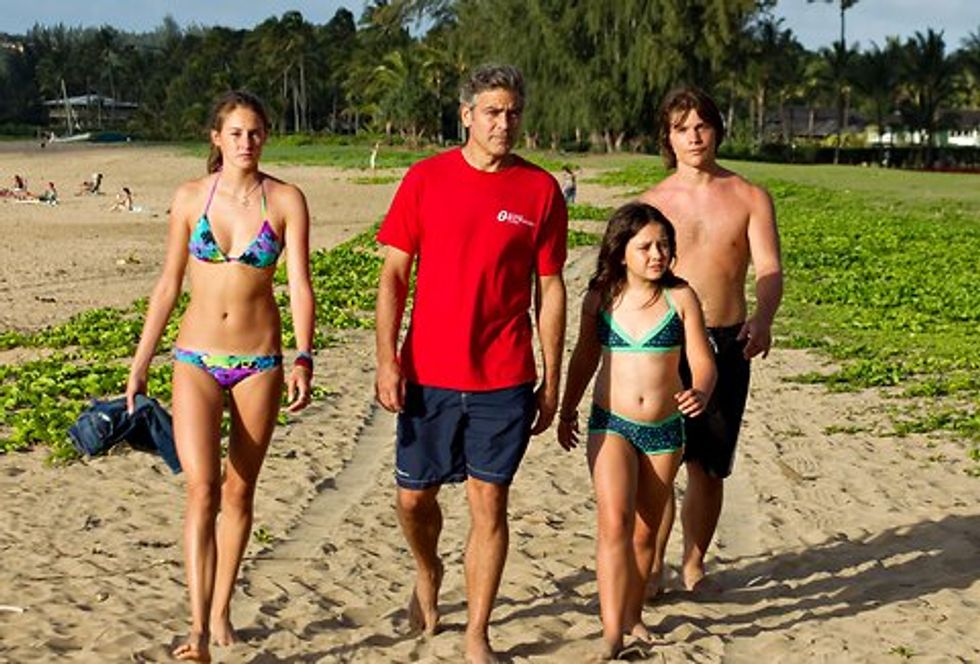 The Descendants
George Clooney actually gives a great performance here, and I flipped over Nick Krause as the stoner boyfriend of Clooney's daughter, played by Shailene Woodley. 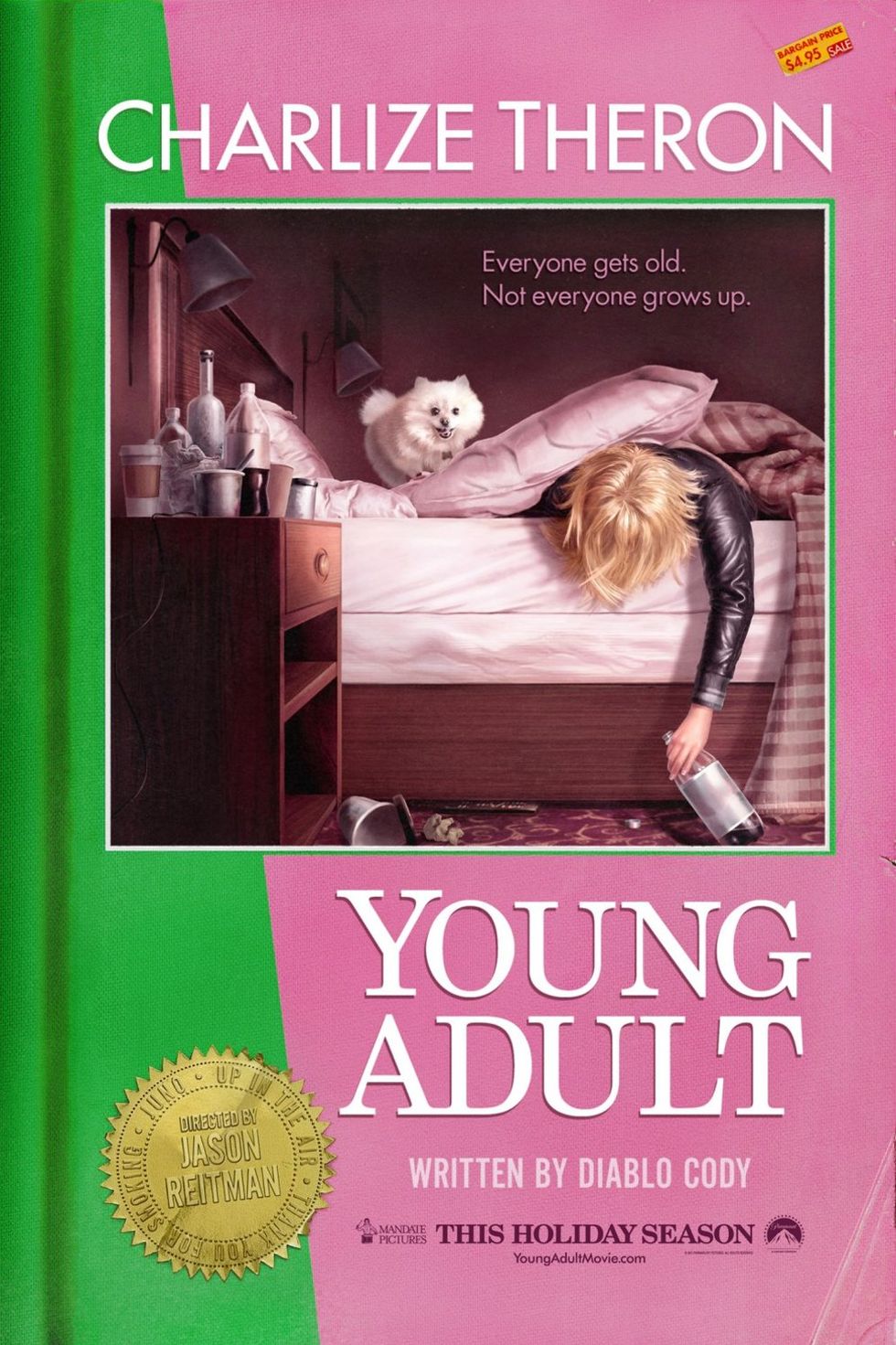 Young Adult
Charlize Theron gives an impressive performance as a recently divorced fiction writer who returns home to small town Minnesota in an attempt to get back together with her boyfriend, who is married with children. Here, Theron plays a different kind of monster -- one who's pathological, alcoholic, delusional and selfish. Her character is, however, strangely sympathetic, and that's a difficult tightrope act to pull off. The dialogue by Diablo Cody crackles with sardonic wit and Patton Oswalt is remarkably affecting too. 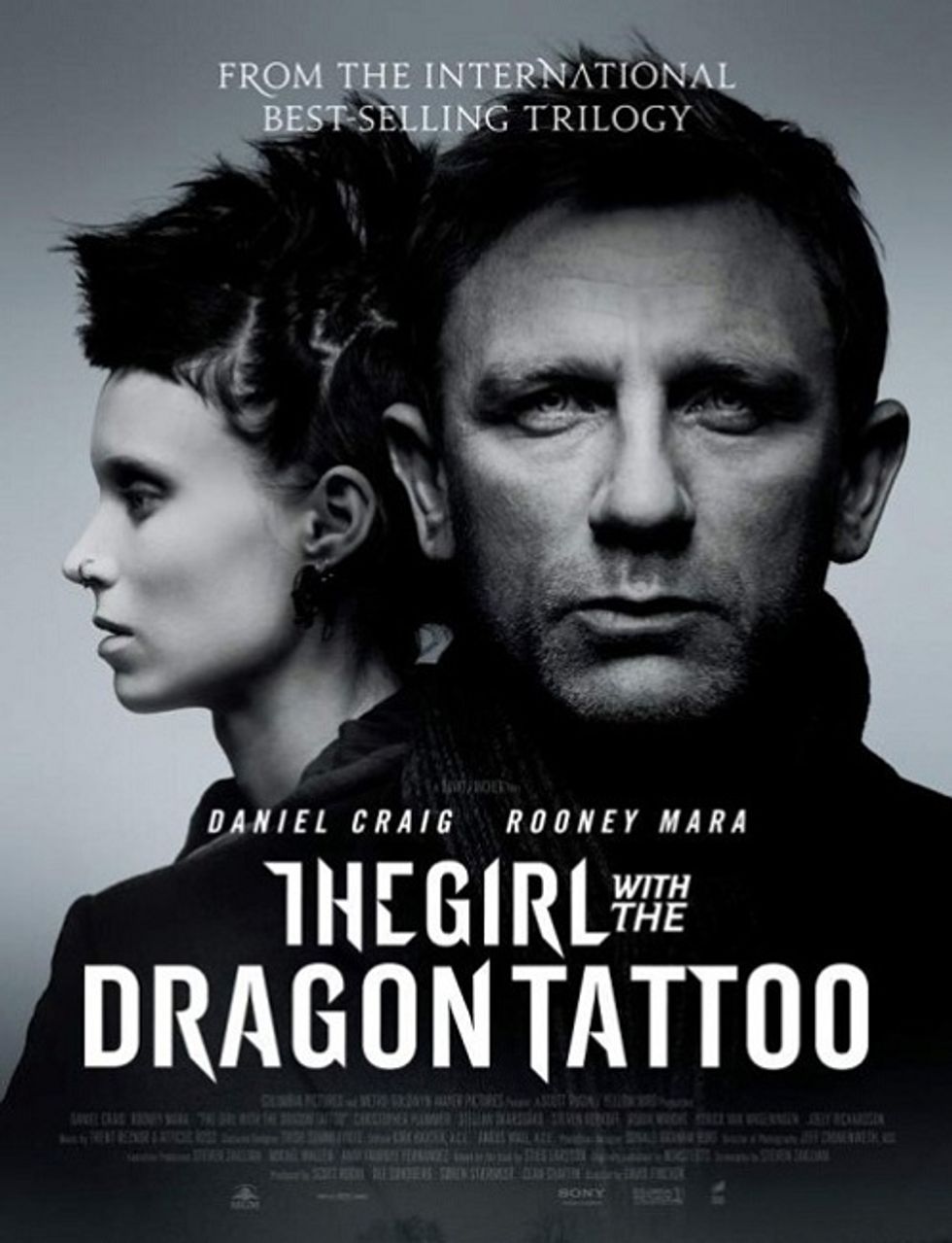 The Girl With The Dragon Tattoo

I also saw David Fincher's movie based on the best selling Swedish thriller by Stieg Larsson, but I don't want producer Scott Rudin mad at me for an early review like he was at The New Yorker, so I promise never to say if I thought this was equal or better than the Swedish film version. That goes for the performances by Daniel Craig and Rooney Mara as journalist Mikael Blomkvist and the mysterious Lisbeth Salander, respectively. And I promise not even to breathe a word whether I liked it even when it comes out on DVD, either.