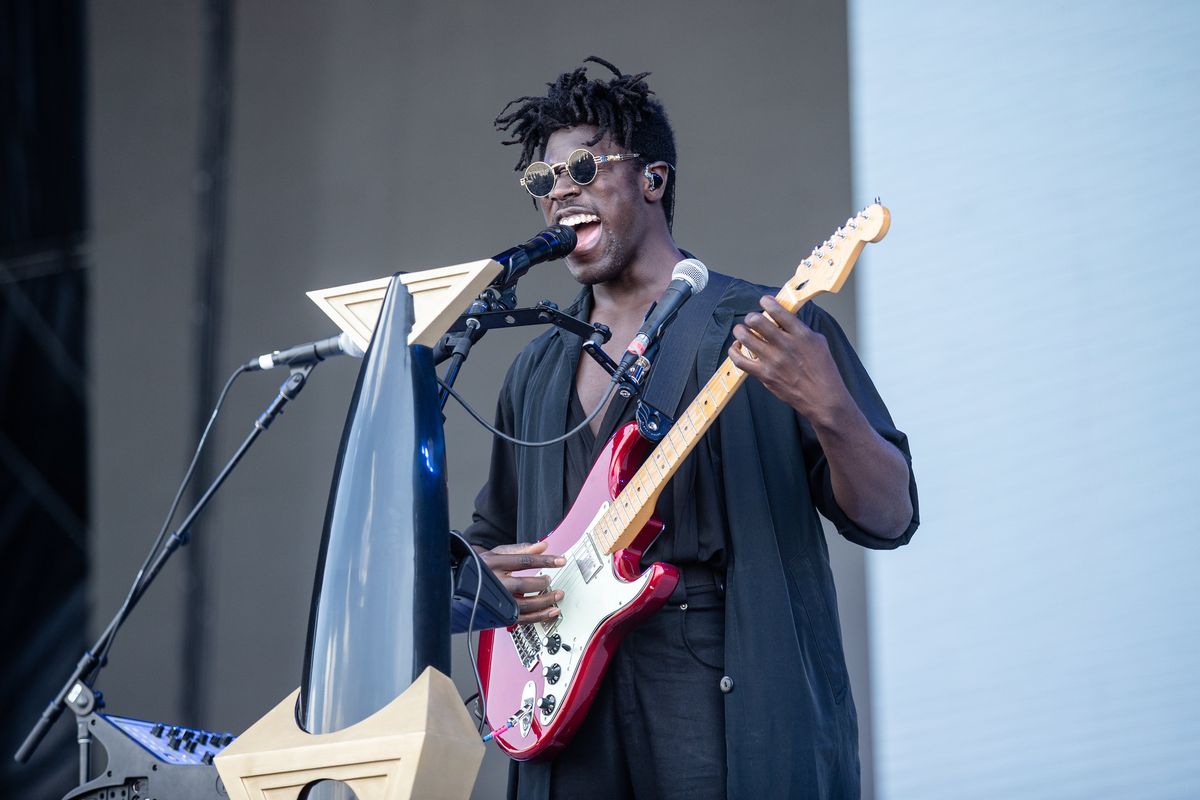 "I knew that I could not present my music at this festival in good conscience."

He wrote on Instagram about a show the festival promoters booked called "SLAV" (pronounced "slave"), where a majority white group of singers led by a white director sing African-American slave hymns, dressed at times as "field slaves and cotton pickers."

The festival defended the show publicly, even after protests, Sumney writes, during which one white show-goer slapped a woman of color at protesting SLAV.

The Montreal chapter of Black Lives Matter has also joined in the protests, calling the show "extremely offensive."

Pierre Kwenders, a Congolese-Canadian musician who was long listed for the 2018 Polaris music prize, and who is also slated to perform at the festival on July 6, said he would be joining in the protest as well citing "cultural appropriation" of the SLAV show's intended performances.

I’m joining the protest today and we should all do the same. C’est une honte pour Montréal. https://t.co/EMS4ezF2Zm
— Pierre Kwenders (@Pierre Kwenders)1530024088.0

In a statement released last week, the Montreal Jazz Fest said they felt fortunate "that artists as talented and recognized on the five continents as Betty Bonifassi and Robert Lepage [the SLAV project's directors] – in his very first collaboration – have chosen the festival to present this show as a world premiere. Before subjecting them to trial by public opinion, we firmly believe that we must wait and witness the show they will present to us all."

It is worth noting that Betty Bonifassi also once directed a project about slave songs, saying that as the child of a Serbian mother whose people were enslaved throughout history, she feels "touched by slavery."

In a joint statement released last week, Bonifassi and Lepage acknowledge that the history of slavery "belongs first and foremost to those who have been oppressed and to the descendants of those people."

"But this history was written by the oppressors as much as by the oppressed, by whites as well as by blacks, the statement continues. "And it's necessary to continue the dialogue about this difficult period, first to bear witness, but also to avoid repeating it in the future."

Furthermore, Jazz Fest's position on race is in concert with the artists who directed SLAV, adding that "for 39 years their name has been synonymous with a global village where there is no race, no gender, no religion and all human beings are equal."

It goes without saying that while it may seem nice, we don't actually live in a world of colorblindness, as long as human beings continue to be treated as less than human because of their racial and ethnic makeup. The far-reaching ramifications of racism, systemic oppressive, and the privileges of it that white people continue to benefit from, essentially and effectively refute the claim that we are equal. Propping up tragic historical, traumatizing abuse as a form of entertainment only deepens certain historical wounds for the people of color closest to it. It's not subversive, ironic, or progressive to do this, just hurtful.